Sign up for the live rate decisions and GDP releases coverage and see what other live coverage is scheduled to cover key event risk for the FX and capital markets on the DailyFX Webinar Calendar.

Whether you consider yourself a fundamental trader or not, there is little arguing that event risk - both scheduled and unscheduled - can lead to significant volatility or trend change in the market. Beyond the simple practice of putting new picture neatly into the puzzle of a financial landscape, effective traders measure the market's anticipation for events and themes well into the future. Further, they recognize when those assumption run too far afield and are at risk of a significant rebalance. Where do these assumptions come from? How do they influence price action and speculative appetite?

If a known event is important enough, there will be a consensus forecast attached to it. Sometimes, it will come through a distinctly quantitative and 'official' source. A good example is the US 1Q GDP reading that is due this coming Friday. There are plenty of aggregated forecasts such as from economists - which Bloomberg and Reuters provide. Then there are more recent favorites in the New York and Atlanta Fed projections (the latter of which has caused serious indigestion as it has collapsed to an anemic 0.5 percent). Further, we can use data as a proxy. The PMI figures from Markit are treated as proxies for the less frequent official numbers, but it is hard to come by the historical. For that, the ISM statistics show that these sector measures can offer remarkable signal on economic activity. It is worth noting that manufacturing is a favorite, but the US is primarily a service-based economy. Then there is the market's own assumptions.

Speculative anticipation is usually born of data, economist projections and other clues that are slowly released through the market. Yet, as freely available as all this tangible evidence is; the market's assessment doesn't always follow rational conclusions. Biases, different themes and speculative appetites can warp the assumptions the market has for critical event risk. That in turn can produce far greater skew in the results and subsequent reaction to the release. Perhaps more consistent is the influence that event risk has in the lead up to its release. The greater the perceived importance of the data or event, the more certain it is that the 'investment' oriented market participant moves to the sidelines to leverage the influence of the 'opportunist' trader that moves in and out before the news crosses the wires. We discuss the practicalities of event risk ahead of a heavy docket of GDP releases, rate decisions and a French election in this weekend Strategy Video. 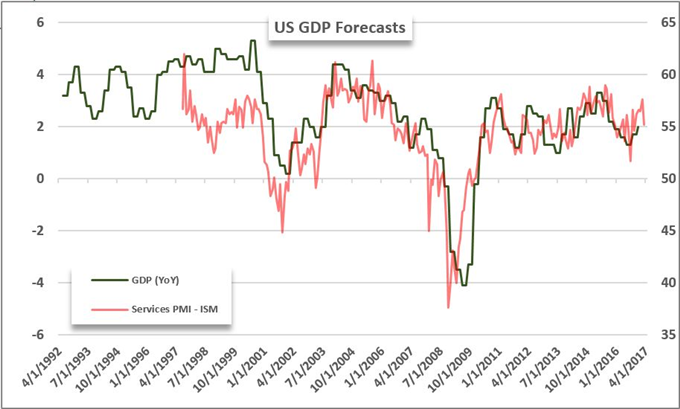