See the DailyFX Analysts' 2Q technical and fundamentals forecasts for the Dollar and Euro on the DailyFX Trading Guides page.

The Pound posted its third largest single-day rally since the height of volatility back during the Great Financial Crisis. The catalyst for the move was uniquely UK-derived with Brexit driving speculators to move the currency higher. Traditionally, the combination of liquidity and activity dictates what currency will define the activity level and trend of a currency pair. That doesn't seem to be the case with the Sterling crosses however. Despite the influence of more pressing fundamental themes - risk trends, monetary policy, trade policy - the Pound's fundamentals have kept the market's interest. This sway is so complete that an unclear view for the future of the UK's negotiation with its EU counterparts through the divorce can anchor the currency against extraordinarily provocative counter winds. This is an unusual reality for the market, but not unheard of.

To fully comprehend the sway that the Brexit focus has had on the Pound, it is worth looking at its most liquid counterparts to see how they have operated under the influence of cross fundamental winds. By far the most powerful counterpart to the UK currency (and all FX for that matter) is the Dollar. In the past six months, there have been extraordinary events that has commanded remarkable moves from the Greenback. Rate hikes in December and March drove hefty rallies from the Dollar which carried considerable weight against all the majors except GBP/USD. Perhaps the most distinguishing event though was the US election results on November 9th that sent the Dollar climbing both the day after the results were posted and the weeks thereafter. The Cable neither offered that initial move nor followed the trend. Against the world's second most liquid currency (the Euro), the results were the same. Strong Euro reactions to forecasted ECB policy swings led to remarkable EUR/USD moves, but the EUR/GBP held anchored until the drought on clear Brexit progress between the 'hard Brexit' policy drive in November and yesterday's snap election was called.

Pound traders' focus on Brexit is so complete, that it has even acted as a prow to the crashes of risk trends that have appeared over the months. While we are in a generally quiet market - comparable to the Summer Doldrums of 2014 - there have nevertheless been raw swells of volatility blistering in 2017. A poignant example is the market-wide risk slide of March 21. A drop from the S&P 500 and the wide range of markets that follow sentiment spoke to a definitive sentiment move - even if momentum were yet to be confirmed. All markets lined up to the pain including the Yen crosses. Yet, GBP/JPY refused to throw in. In fact, the pair was slightly higher on the session. Further, the tumble that evolved from the Yen pairs after that day proved thorough, but GBP/JPY continued to defy the fundamental gravity. Brexit has commanded the attention of the Pound and overridden all else that may distract it. How long will this last and what does it mean for trading the Pound moving forward? We discuss these event risk and its fundamental roots in today's Strategy Video. 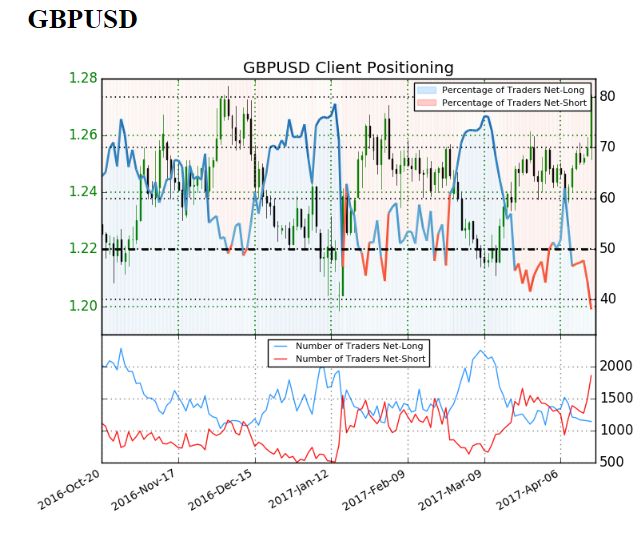