What We Can Learn About the Market from Tesla Overtaking Ford

Sign up for the live NFPs release coverage and see what other live coverage is scheduled to cover key event risk for the FX and capital markets on the DailyFX Webinar Calendar.

After a promising production report from electric automaker Tesla, the company's shares surged to a record high. Not only did this surge in share price push the company's stock to a record high, it pushed Tesla's market valuation (market capitalization) higher than that of Ford Motor Company. That is remarkable given the new entrant is shooting for a six-month production run of 50,000 cars versus a Ford output that is vastly larger and a profitability backdrop whereby Tesla has yet to prove consistent revenue. This comparison evokes many of the remarkable asymmetries in the broader financial system. Value and risk are skewed towards speculative appetite and appraisal.

As with the S&P 500's charge to record highs - despite its fundamental limitations and historical precedence - there is a shift in what dictates value in the market at large. Rather than steady revenue, growth and proven stability; the focus is speculative leverage. Which company, sector or asset class has the ability to draw the most capital in the shortest amount of time? Such a charge promises capital gains for which an opportunistic market participant can position in front of to make faster returns than the slow accumulation of income in a record-low rate environment. This is another means of highlighting the influence of a particular investor type: speculator over investor. For the former, holding period is much shorter and the anticipated rate of return far more aggressive. Given the latter's comparable time frame, stability is far more important. Given such priorities in investment choices, shares like Tesla, Twitter or Snap flourish. Further, emerging markets outperform developed markets; and currencies with notionally higher yields (like the Australian and New Zealand Dollar) outpace lower-rate stalwarts.

Similar to nutrition or psychological needs, there is a hierarchy to speculation. Stability of your investment is the foundation. At the other end of the spectrum are extraordinarily high return / high risk options - what some in the tech industry would consider 'moonshots'. Either an extraordinarily robust economic and financial backdrop or deep complacency are needed to support this environment. What we see in the financial system lately falls into the latter category. It is important to recognize the primary participant and motivation. With that information, we know better how and when to select our trades. Furthermore, we can better determine when the gears shift on a drastically mispriced market view. In this eventuality, we find another comparison to the Tesla story: founder Elon Musk's calling out those holding short positions in his company's shares. How does Tesla represent the avatar of a market-wide reality? We discuss that in today's Strategy Video. 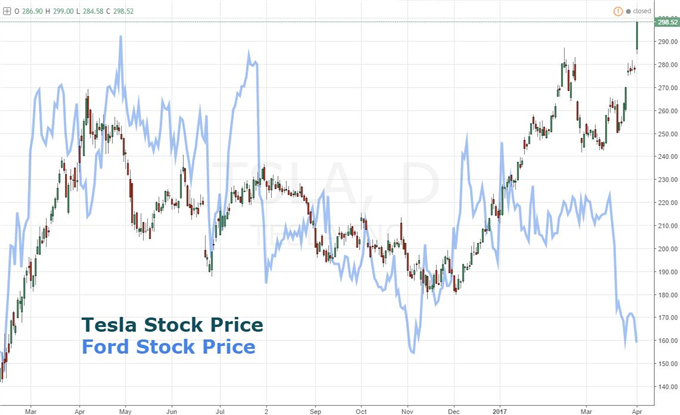