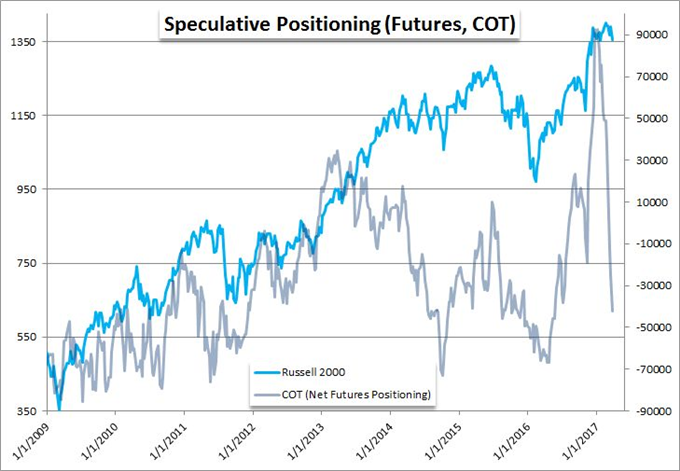 There is not typically a single moment in time when the market as a whole realizes it overshot. It is a process where reality eventually dawns on the majority that their speculative beliefs and ambitions reached beyond reasonable fundamental and technical bounds. However, reach the market does. A fully efficient - and boring - market would be one whereby price accurately reflected all currently known information in the financial system and nothing more. The speculators making up the market, however, are not so prosaic. Traders look to better project what the future holds relative to their peers so as to generate a greater return. Of course, such forecasts are sometimes correct and oftentimes incorrect. It is in this speculation that enthusiasm or panic pushes prices beyond 'reasonable' levels only to see markets snap back when the worst or best is not realized.

One of the most obvious examples of speculative excess recently is the Dollar's charge higher over the past months and years. Its lift was well founded on a unique monetary policy bearing that saw its own benchmark rate increase while all around it were holding their benchmarks at near record lows or were otherwise expanding their stimulus programs. Skepticism kept the market beyond the FOMC's own forecasts until recent months when the Greenback slingshot higher with Fed Funds futures pricing in four and even five full 25 basis point rate hikes through the year versus the FOMC's own projection for three. After the March 15 central bank meeting, the reiteration of a 75 basis point total lift for 2017 caught traders strung out on enthusiasm alone; and the Dollar corrected to meet the more reasonable outlook.

Looking further afield of the market, we can readily see that this is not just a misjudged view for the Dollar. Speculative projection well beyond reasonable means is an extremely common event in the markets. On the very short time frame, it can align to the liquidity influx at important session opens where the collective tide builds as participants looks to put on exposure. It can also build over longer periods of time and under more complex circumstances. Arguably, one of the most extreme skews between collective view and tangible evidence comes on the part of risk trends. US equities in particular surged 13 percent following the outcome of the November elections on anticipation of growth friendly policies fast-tracked through a Republican controlled executive and legislative branch. Yet, as this past week showed us, that still doesn't make the execution of policy easy or timely. A collapse in speculative futures positioning behind the Russell 2000 may stand as a signal for the rebalance that has yet to fully take. We discuss the concept of speculation dictating markets standing in this weekend Strategy Video. 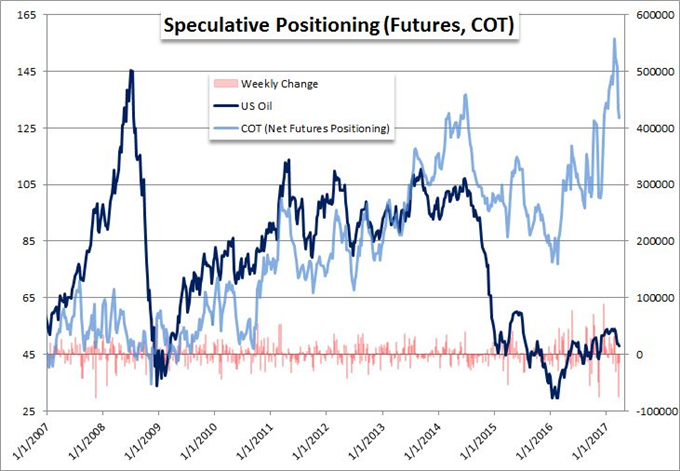