Will the FOMC Decision Offer Dollar Drive Over Trump, NFPs?

Sign up for the live FOMC or BoE rate decisions coverage and see what other live coverage is scheduled to cover key event risk for the FX and capital markets on the DailyFX Webinar Calendar.

The Federal Reserve is on tap with the first rate decision of 2017. This is not one of the 'quarterly' events whereby the central bank both delivers its deliberation on any policy changes as well as updates forecasts. However, this important policy decision nevertheless represents a significant threat for charging volatility and possibly altering the course on speculation for the Dollar, assets traditionally priced in the US currency and even global sentiment. Yet, as prolific as monetary policy has been in driving exchange rates and investor appetites these past years; this theme is in its 'mature' phase and facing a growing list of competing (and underpriced) dynamics. So what should we expect from this monetary policy meeting?

Despite the familiarity the market has with the general bearings behind US monetary policy, this event is still significant enough that it can contribute to the Dollar's and S&P 500's (as a proxy for risk appetite) trends with a substantial surprise. The unexpected - and therefore most market-moving - scenario would be a 25 basis point hike. This is a low probability with the market pricing a 15 percent chance through Fed Funds futures. A further tightening at this meeting would break from the central bank's vow of a 'gradual' pace to normalize, but there are arguments to be made for such a move. Employment conditions met the group's objectives some time ago, inflation forecasts put the price gauge north of their target over their medium-term time frame and market stability is still holding. If the Fed decides to surprise, they would do so in a market that is growing uneasy over the path of the US economy and its standing in the global financial system with quickly changing policy under the new Presidential administration. While the Dollar may initially rally on a surprise hike, a poor reaction from sentiment could quickly undermine the lift.

The more probable scenario is a hold on policy that turns the market's focus on the nuance of the monetary policy statement. Distilling the group's commitment to its 75 basis points worth of hikes through 2017 would be traditional concern. More pressing perhaps in this iteration though would be the inclusion of any concerns related to policy whiplash. This past session, the Trump administration's lead trade adviser targeted the Euro as a devalued currency ostensibly distorted by Germany. Trade is critical aspect of the global financial markets and key strut in the Dollar's dominance in the global system. If the Fed doesn't offer clear volatility or trend, Friday's NFPs will quickly draw the market's attention. We discuss the analysis of and trading strategy for the FOMC rate decision in today's Strategy Video. 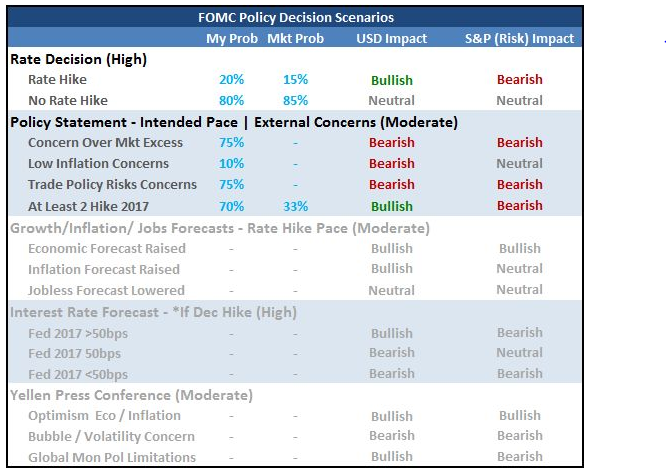 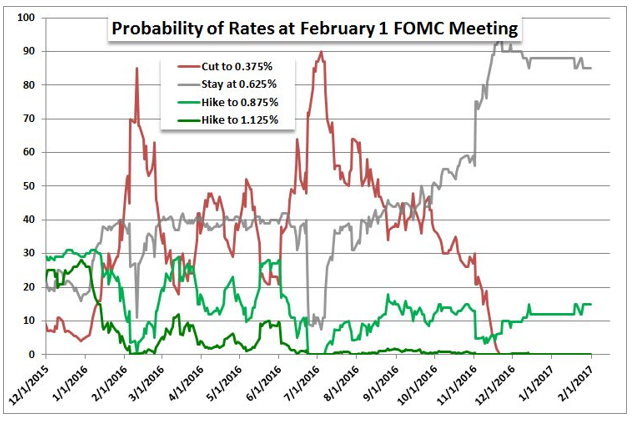