Buy-the-Dip Versus a True Bull Trend

There was an unmistakable rebound this past session – a technical move that offers serious relief for long-term bulls as it holds critical support. However, the real question is whether this is a mere ‘correction’ or the beginning of a more committed leg on an extended bull trend? I’m led to believe the former scenario has more likely played out this past session given the systemic risks we’ve tracked these past few weeks have not been resolved (much less turned for the better) and there seems a seriously uneven intent between those benchmarks that were leaning hard against support (like the Nasdaq 100) and those in the middle of their trading range. This seems to me a ‘path of least resistance’ correction, where a further slide would have necessitated commitment that the markets were not yet willing to make. Instead, we have a rebound that takes short-term pressure off the markets without fully restoring the bullish default. This distinction matters as follow through is dependent on intent. 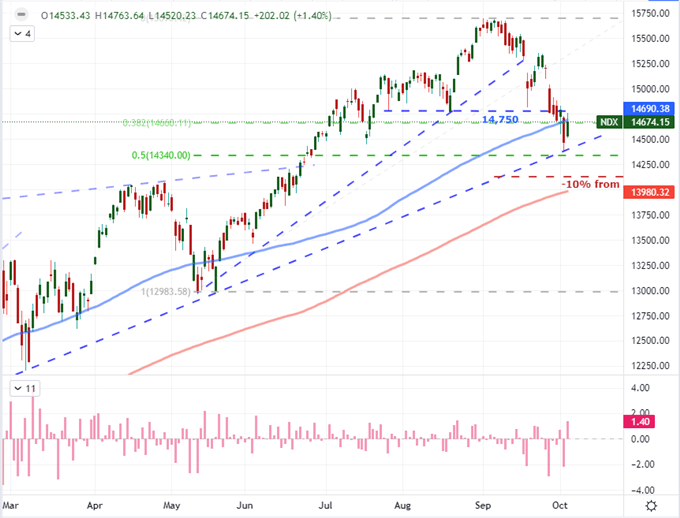 As an active contrast to broad risk appetite bearings, certain commodities continue to charge higher, seemingly unchecked. The most prominent progress from this market is WTI crude oil which has overtaken 79 for the highest climb since 2014. It has been quiet the reversal from a literal negative print in April 2020. However, as crude oil, natural gas, gasoline, steel and other futures markets prices charge higher; we are seeing the pressure build for both central banks to back out of their extremely accommodative monetary policy positions as well as see the seeds sown for future financial problems. There have been stories of hedgers who have been told to increase their margins to maintain their positions as their target assets have pushed record highs recently, while record costs for raw materials has too often been the flash point for historical wars. 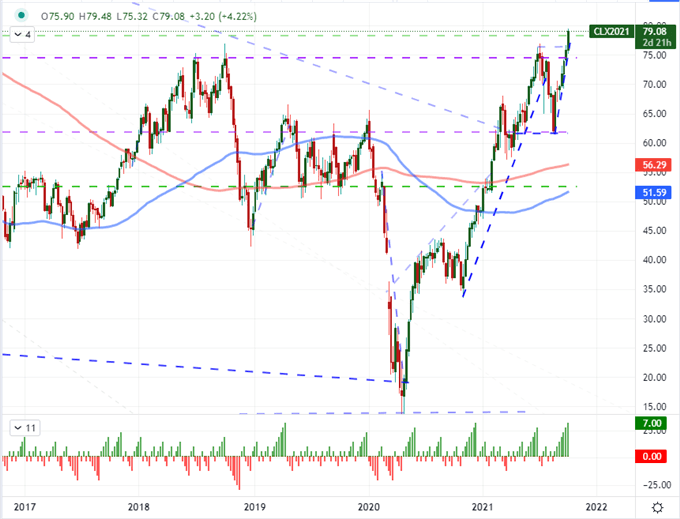 The Fundamental Themes and Their Potential

There should be no surprises as to what the prevailing fundamental themes are that we should be tracking in the market: the US debt ceiling, Chinese struggles and a slow turn in global monetary policy. In these different tracks, there is only one that is reasonably capable of finding sudden relief and thereby represent a ‘sudden’ boon for risk appetite: the debt ceiling. The man-made problem is facing an October 18th deadline and both parties (Democrats and Republicans) seem to be intent to extract as much drama as possible out of the situation. That said, a concerted default is a very very improbable scenario. On the other hand, an accident is always possible – in fact it happened back in 2011 with the brinkmanship. Moody’s this past session held the US sovereign rating at neutral despite the gamesmanship, but I’m dubious about how much lift we can get for risk and US assets from fulfilling the ‘bare minimum’. 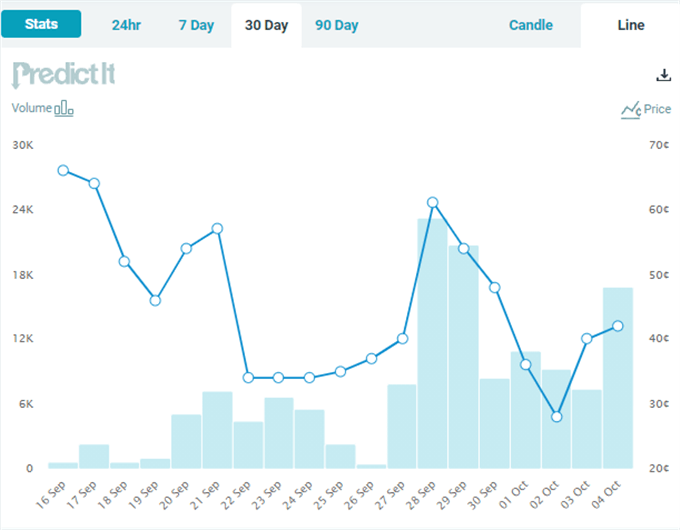 In comparing the speculative market potential from a resolution to the US debt ceiling to the Dollar, the latter carries far greater opportunity as far as I see it. The Greenback had already earned its bullish break this past week and is now looking to hold to its commitment. That is the technical perspective. Fundamentally, the DXY earned its break from both a safe haven drive as well as the charge from a hawkish monetary policy outlook. That holds distinct connection to the two other themes lurking in the financial system. As far as China’s financial uncertainty goes, we are conveniently passing through a week of holiday despite the issues faced with Evergrande, US trade tensions and Taiwan. That can play to risk aversion, but it is something to distinctly consider for USDCNH even if thinned liquidity curbs drive. Meanwhile, monetary policy is still aiming towards the Fed taper, a productive driver for the Dollar as a carry option, even if it is still further afield. 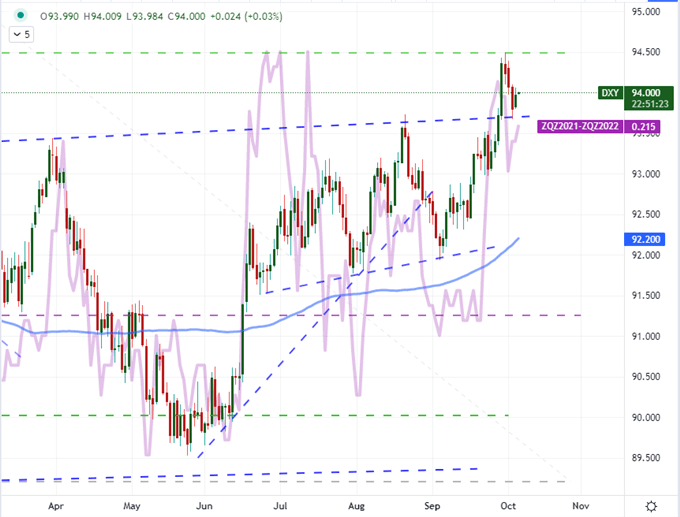 Looking to the fundamental event risk on tap, I can’t predict the headlines but we can assume certain things from the economic docket. I believe monetary policy is a top theme purely from the scheduled event risk on hand. On the one hand, we were dealing with the RBA rate decision Tuesday and the RBNZ has been one of this morning’s top events. Looking further ahead to the US session though, we have the ADP private payrolls due for release. That is merely a pacesetter for the Friday NFPs, but it nevertheless garners serious interest among traders. It’s history as an accurate measure for the BLS number is horrible, but it will nevertheless generate significant interest from the speculative rank.

Chart of US NFPs and ADP Private Payrolls (Monthly) 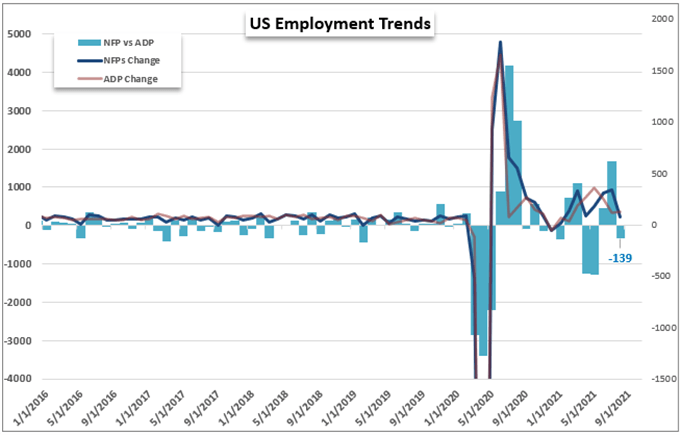