The Exceptional Runs and Reversals Are More Likely to Settle

This week started to an uneven base of performance, though the general trend has been one that supports a ‘risk on’ bias. The intensity of the move has tended to favor those speculative standard-bearers that more readily catch a bullish wind when it rises such as the US indices or markets that were more recently pummeled and prone to a comparable recovery like crude oil or USDCAD. However, that charge is starting to pass over into the arresting influence of anticipation. With the Jackson Hole Symposium starting Thursday – and the Fed Chairman Powell’s speech on Friday – with little systemic event risk on tap between now and then, conviction and momentum seems a particularly high barrier. Reflecting this caution, record high closes for the Nasdaq 100 and S&P 500 would come on exceptionally restricted daily trading ranges (as a percentage of spot). The NDX’s 0.4 percent range was the smallest since June 30th; and, before that, we haven’t seen such quiet since December 23rd, 2019. The Dow’s less than 0.3 percent range was even more exceptional as the most restrictive since December 29th, 2017. I see this as volatility risk, but only after effective event risk can spur action. 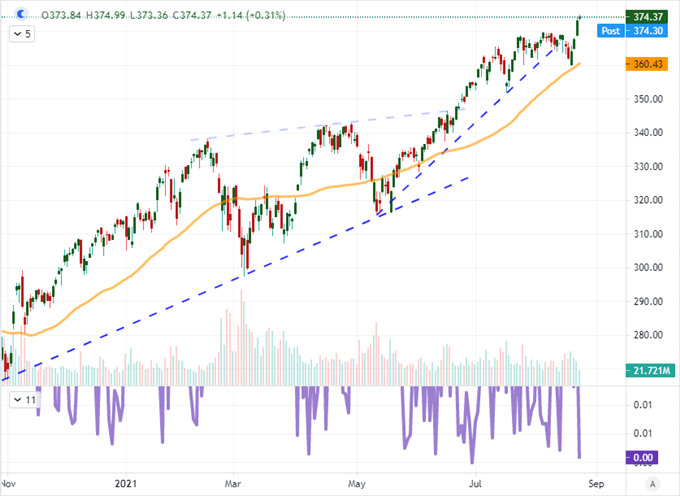 Considering the contrast of the record high reach for the US indices, there are those assets that are moving as a reversal. A move back into an established range is generally lower boundary that forging new momentum, but that doesn’t mean the potential can override illiquidity. It seems USDCAD’s incredible three-day, -3% reversal has already leveled out around 1.2600. Crude oil is another such technical corrective phase with the biggest two-day rally (8.7%) since November 10th. Having reversed fully half of the July 30th to August 23rd bear leg and come upon the 100-day moving average, further traction will be hard fought. 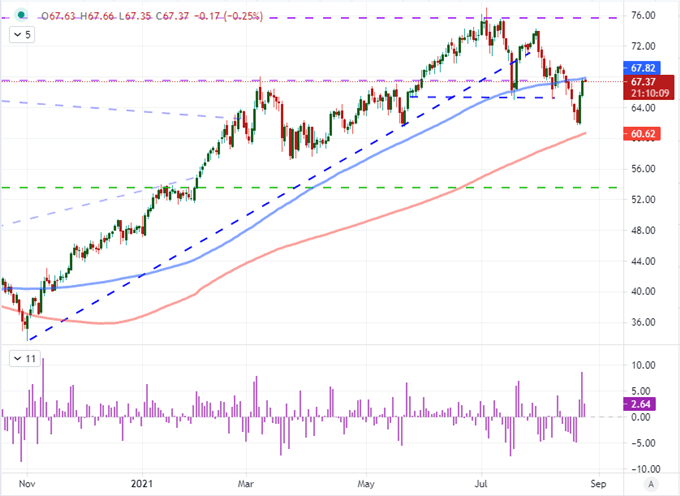 Seeing how traders are viewing the market’s that are coming off such remarkable volatility, the appetite for ranges is showing through quite prominently in positioning data. In particular, the shorter trade horizons of the retail traders tracked in our IGCS data signaled the heaviest net long position on US oil since late October of last year with more than 70 percent of those with open positions long. Interestingly in this market of overall thinned liquidity, the open long position prior to the two day rally was the heftiest long-side exposure for this group in at least a year. Traders looking for activity, seem content to pursue the ranges until bigger moves return. 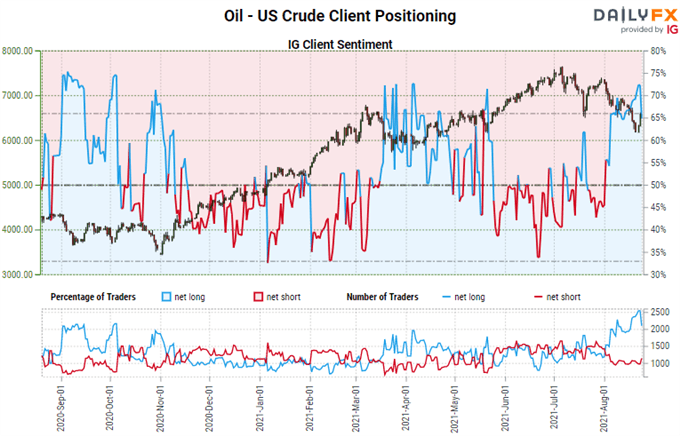 As a perhaps irksome reminder, as much for myself as others, historical norms hold that volume and participant remain on average low throughout the month of August. So while the Jackson Hole Symposium may hold some potential – but definitely holds our imagination and restraint – typically, the waves don’t start to pick up again until we move into September. And, on a more granular basis where statistics start to blur for probability, activity that has averaged out risk-off progress usually comes after the US Labor Day holiday, which falls on September 6th this year. 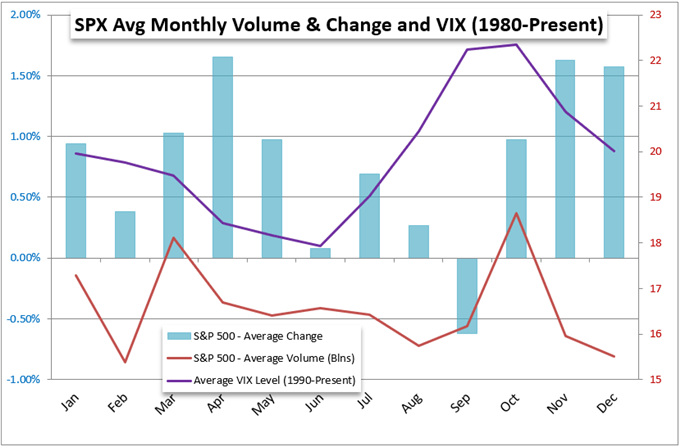 If There are Unforeseen Waves Ahead, I’ll be Watching EURUSD

While ranges are the more practical tempo to stake out for the immediate future, I like to consider the options should the unexpected occur. Headlines around the slowing pace of economic recovery and the rise (recently slowing rise) of delta variant Covid cases can stir the markets to action, but monetary policy still holds anchor with a clear event risk ahead. Normally, I would be most interested in pairs that represent polar extremes in standings to rouse the greatest potential for sudden headlines. USDJPY finds its allegiances split by a risk role and USDCHF is tied to EURUSD, but that most liquid of pairs can exploit particularly a sudden hawkish surge in Fed anticipation. Yet, without the motivation, that market depth will work against heavy movement. 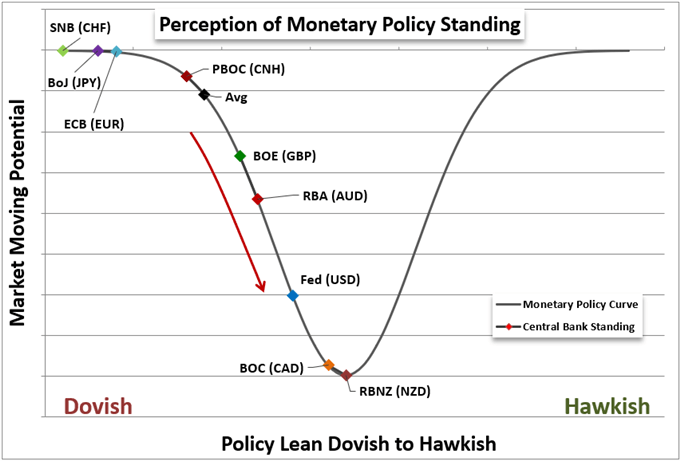 Taking the market conditions with forward fundamental timing and overlaying it on the technical picture, EURUSD looks well-suited to its congestion. That said, the descending wedge is a ‘terminal’ pattern which will inevitably find its break in the not-distant future. If the exchange rate were to break from the 1.1750 to 1.1650 range before the Jackson Hole drag were cleared, follow through would be highly suspect. My preference would be to see a break of this congestion pattern align both in timing and direction to a clean fundamental update. That said, such ideal circumstances are the rarity in trading. 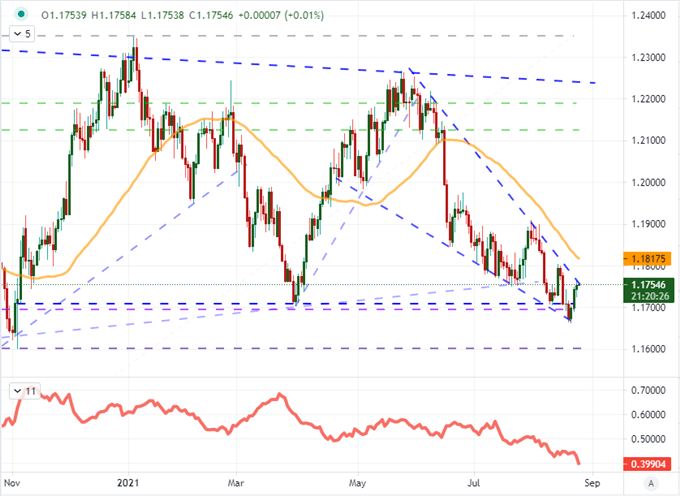