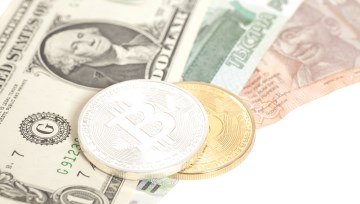 Speculative Fever is Not a Universal Risk Appetite

There is a difference between the ‘best performing speculative assets’ and the general performance of risk appetite. That is presently on full display with those holding forth preconceived notions finding justification one way or the other. This past session, there were certainly high profile assets that seemed to take up the baton of confidence: cryptocurrency, commodities and cannabis stocks among the leaders. However, if we were to refer back to the core measures to represent broader investor interest, the picture was far more troubled. The S&P 500 put in for a drop this past session with a bump in volume which does little to encourage confidence. Other measures like global equities, emerging markets, junk bonds and carry trade were all taking on water – which suggests risk aversion is gaining greater potential. This is not yet a full-blown move for calling a ‘risk’ top, but the threat is there. 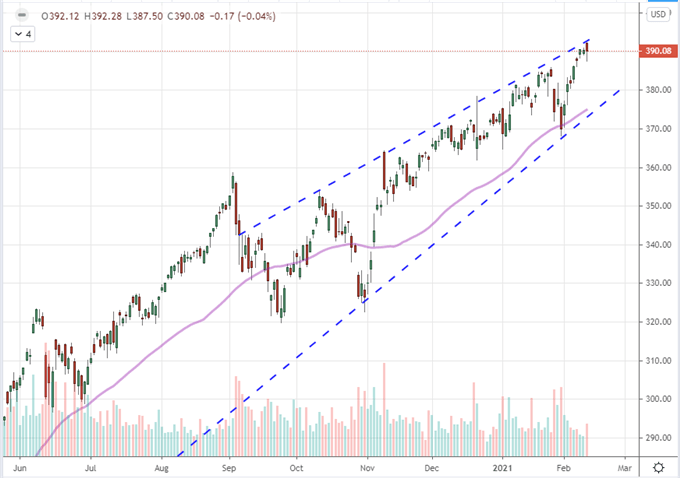 Amid mediocrity, it is tempting to look at the more remarkable performers – both bullish and bearish. Yet, with a predisposed appetite leaning towards the upside, it is natural for many market participants to look for a justification to hold their course or even add to a stretched valuation. Among the assets sporting incredible lift are cryptocurrency community. Dogecoin is still holding its own, but Bitcoin seems to have wrested back confidences from Wall Street and Elon Musk alike. In the poll I conducted below, the majority believe crypto is here to stay and perhaps even upend traditional finance. . 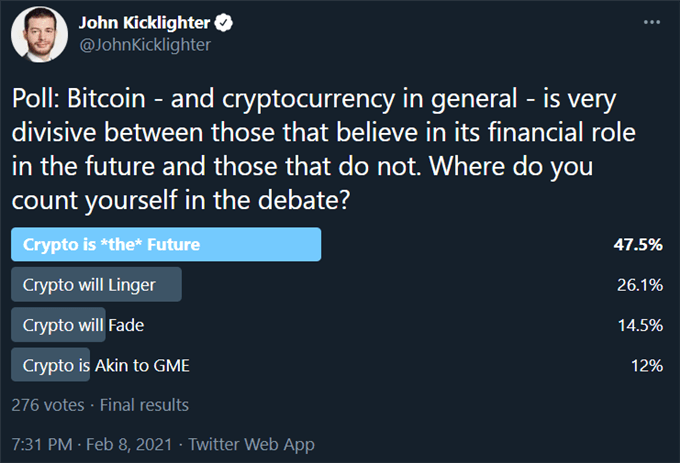 Despite the newsprint dedicated to Bitcoin and other cryptocurrency recently, this corner of the market has not retrained its position as the top performing assets of the spectrum. That title presently resides with commodities holding a growth lean and cannabis stocks. For the former, there was a lift for the likes of copper, but it was the crude oil that was most impressive. An 8-day rally from WTI is the longest run for the benchmark since January 10th, 2019. Before that, we have seen a few other comparable climbs in the past 11 years. If we scale down the liquidity requirements, it seems the Reddit crowd was once again exerting its still-considerable weight. Cannabis stocks were supercharged this past session with Aurora and Tilray up 21 and 51 percent respectively through Wednesday. The POTX Global ETF enjoyed another 20 percent run that raised its week thus far to an incredible 56 percent gain. In a hallmark of the modern message board crowd, these gains in underlying were paired to extraordinary swells in derivatives activity. 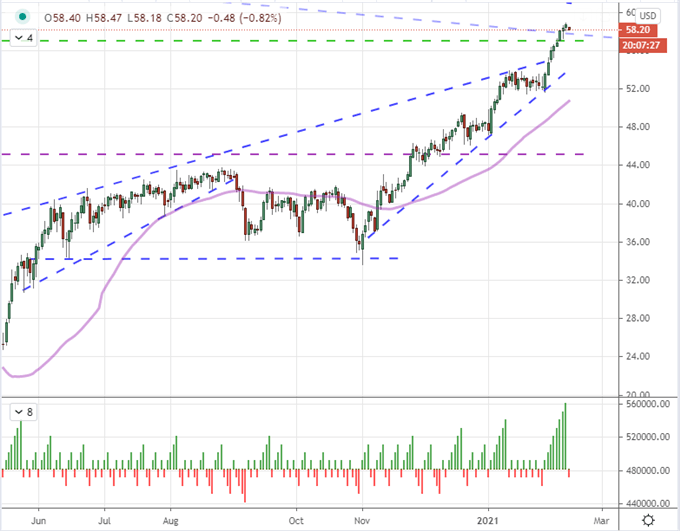 US Event Risk Does Little to Dissuade the Fed from Largesse

For event risk, there was no region that found more charge than the United States and its Dollar. For data, the January CPI inflation report ‘disappointed’ with headline and core price pressure readings holding to 1.4 percent. That does very little to pressure the Federal Reserve to alter its course from the aggressive dovish path it has committed to in concert with the Biden Administration’s drive for a massive $1.9 trillion fiscal stimulus program. Yet, inflation is not totally absent amid all this liquidity. For those that want to keep tally, asset inflation continues to build with income disparity considerations to add complication.

This past session, Fed Chairman Powell offered his semi-annual update on the health of the labor market and overall economic view. The picture was not an encouraging one. Among the more remarkable things the central banker said, he suggested that the ‘real unemployment rate’ in the United States was closer to 10 percent, laying clear justification for a relentless stimulus program. While in a post-pandemic world, the support seems well founded; there are those across the political spectrum that believe the combined infusions of monetary and fiscal stimulus will take a toll. That cost may very well arise, but it is worth noting that it wouldn’t exactly be out of step with the rest of world – hence reason for concern about the state of global capital markets. 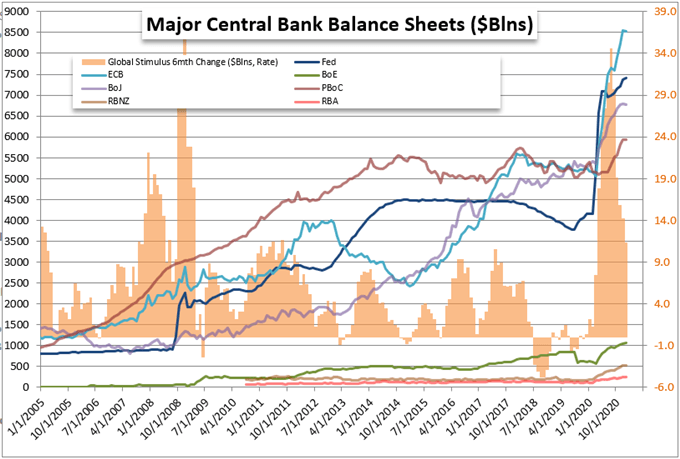 The Dollar-Based Majors on My Radar

Through Thursday’s trading session, there aren’t many high profile events that can singularly take the steering wheel on market activity. The Mexican Central Bank rate decision is an outlier possibility while the OPEC monthly meeting could be used as justification for crude volatility. The US docket is perhaps the most onerous with initial jobless claims offering relentless concern around the recovery effort while the Fed will release its official monetary policy report after Powell’s remarks. Then there is also US earnings which will peak for the week on Disney, Roku and Expedia touching on very different threads. For localized technical interest, EURUSD remains a focal point for me. The most liquid currency cross in the market is crashing through levels without the sense that it is committing to any systemic movement. Nevertheless, another head-and-shoulders neckline breakdown (Feb 2nd below 1.2065) has been squandered. 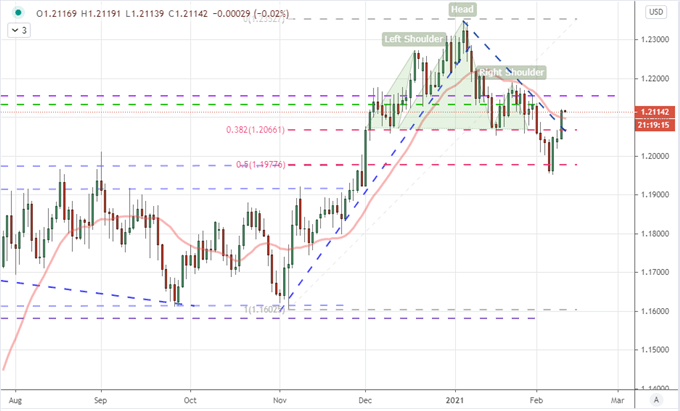 In contrast EURUSD, GBPUSD still captures the imaginations of those FX traders that trends are still lurking out there in the markets. Indeed, the Cable edged further beyond 1.3800 for a fifth consecutive daily gain that also lands the pair at fresh highs not seen since April 2018. That said, the progress does not insinuate for me a return to momentum. Far from it. If the Dollar doesn’t generate more momentum in its slide, the Sterling is not exactly a roaring bullish endorsement – especially through Thursday trade in advance of the UK data run on Friday that includes the December and 4Q GDP figures. 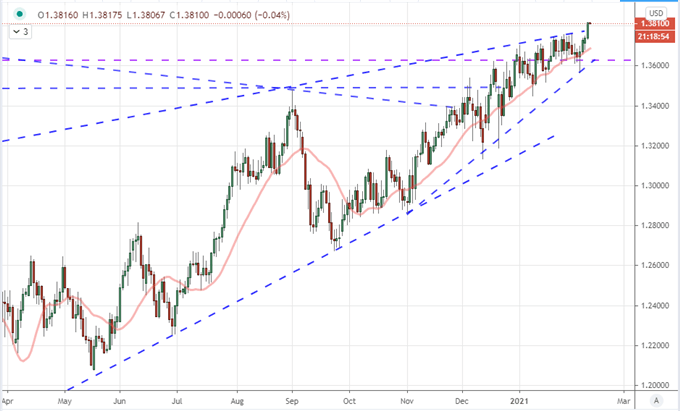