Risk appetite took a nasty fall through this past trading session. While there were a host of fundamental issues that various market participants (and observers) could readily attribute the collapse in sentiment, I believe risk appetite itself may be in the driver seat. And, that may reflect a more troubling state of affairs for our path forward than the opposite. Taking stock of the shift, my first look was to the benchmark US indices. The S&P 500 slipped below its 200-day moving average by the close and even the resilient Nasdaq 100 would succumb to the pressure. However, I was most impressed by the blue-chip Dow’s -6.9 collapse. Not only did the gap that started the day drive us below the 200-day, the scope of the drop was the fourth worst single-day loss since 2008 – with the comparable three days outpacing this reflecting the worst of the Pandemic crisis selloff. That alone is concerning. 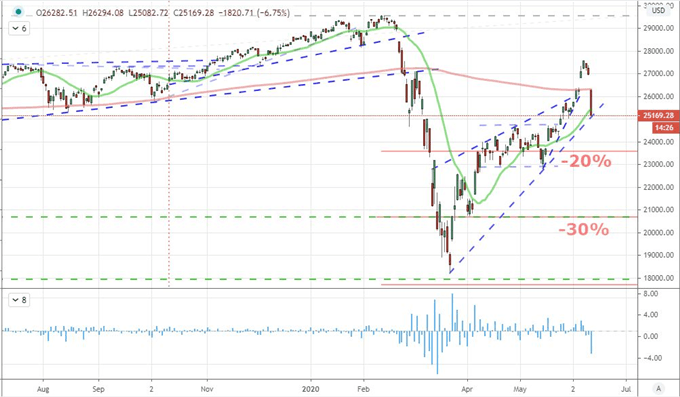 What is even more unnerving is the breadth of the ‘risk off’ mentality. There was no isolation to the fear as it swept the capital market. There seemed to be little in the way of restriction in the deleveraging move. Global equities, carry trade, emerging market assets/currencies, junk assets and commodities would all take a hit. That is the kind of wide reaching move that suggest that sentiment itself has shifted. In genuine risk aversion, perspective can shift the focus on negative data to feed the fire, rather than positive an advance as it was before. 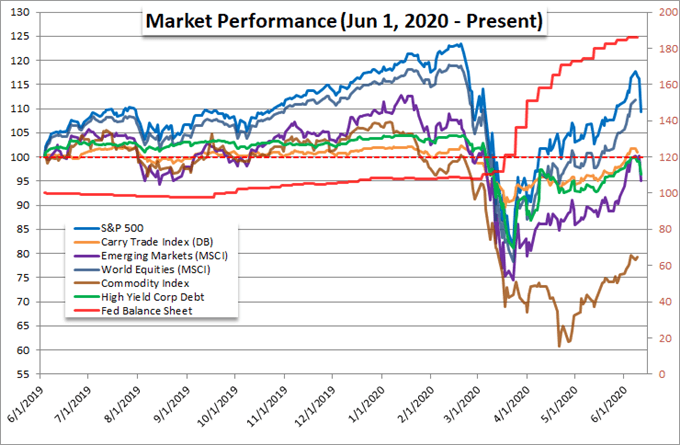 What Could Add Fuel to the Bearish Fire

While I believe that sentiment itself may be in command of markets, that doesn’t mean fundamental influence isn’t a critical driver, whether it accelerates the drop or stalls it out. In the aftermath of the FOMC decision, I asked Twitter what they believed the next driver for traders may be and the majority was clear. Fear over virus related headlines easily outpaced pure sentiment, data or ‘other’. 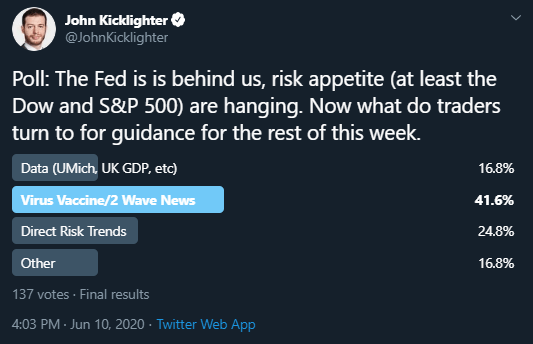 Looking to the headlines this past session, it seemed FinTwit was right. There was an inordinate focus on the resurgence in COVID-19 cases judging by Google News headlines. According to various outlets, up to half of all US states are experiencing a rise in cases as they ease ‘stay at home’ policies. That would be a serious concern for markets, because the revival of the US (and global) economy depends heavily on the ability to revert to some sense of normal. 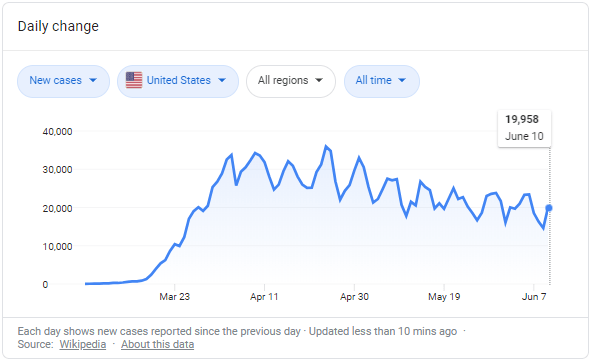 Speaking of economic health, the Fed’s outlook for the US economy was not met with much enthusiasm. A -6.5 percent contraction in 2020 isn’t exactly a surprise giving the circumstances, but that wasn’t the only warning on hand. The OECD’s recent update brings a new fold to the situation. The group downgraded its global forecast to a -6.0 percent slump for the world, but it went on to warn that a second wave of the pandemic – which it considered a distinct possibility could increase the pain to an exceptional -7.6 percent collapse. The present reading is already the worst economic showing during ‘peace time’ in over a century. 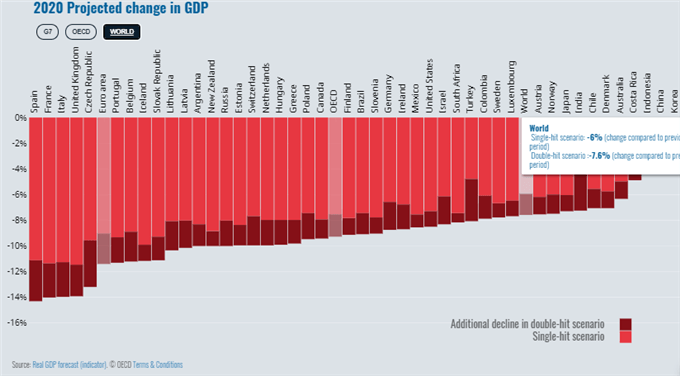 Keeping Track of the Dollar and Pound Through Week’s End

In the current tumult of risk aversion, there have been some interesting realignments on the safe haven side. Gold for example, despite holding remarkably buoyant through the risk-on phase, was notably weaker against the Greenback this past session. The benchmark currency was one of the more prominent benefactors of the bearish view Thursday, adding weight to the perspective of systemic fear. Yet if Dollar is overriding gold, could it be a sign that the situation is so intense that liquidity is the principal concern? 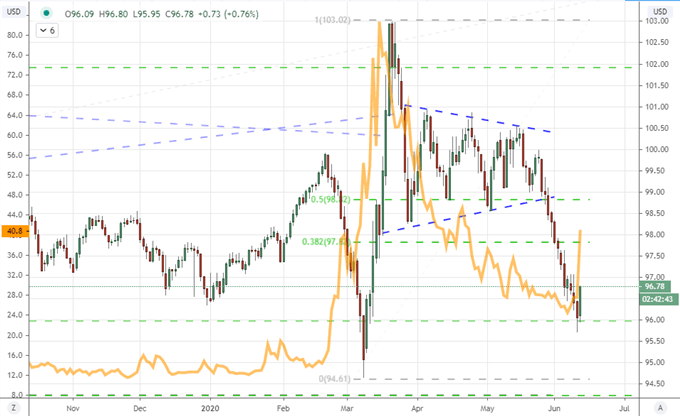 I will be watching both Gold and Dollar in the final session of this week for risk considerations. For the currency, there is scheduled event risk to consider as well. The University of Michigan consumer confidence survey for the month is on tap – a figure that could readily factor into the anticipation of economic recovery against the backdrop of the pandemic. However, if we were operating on sheer volume of high-level event risk, the UK docket would carry the most weight. There are two monthly GDP estimates on tap, trade figures, industrial production and construction activity. Will that (along with reports of a restarted UK-EU trade negotiation next week) be enough to trigger a strong and clear Sterling move? 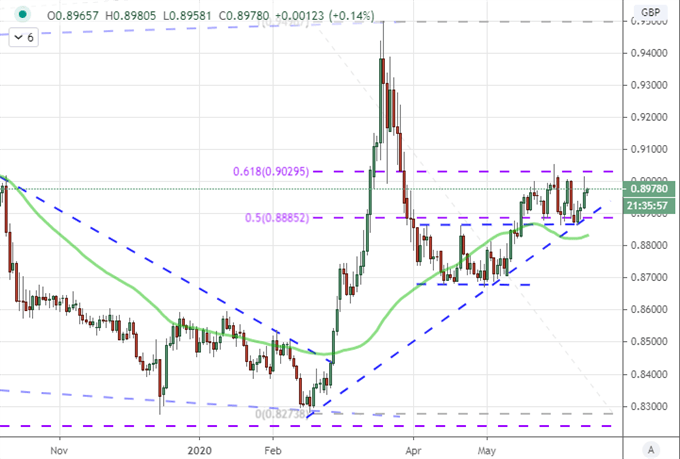 US Equity Futures Supported by Earnings Despite Hawkish Fed
Advertisement