Where markets were starting to lose traction Wednesday, there was an unmistakable slip for risk-oriented assets this past session. Failed breakouts spanned from the S&P 500 to EURUSD to the July WTI crude oil contract. That is not to mean that all hope has been abandoned by bulls, but it makes mounting the next stage that much more difficult while the risk of reversal rises quickly. If we were looking for a reasoning for the loss of conviction, I wouldn’t blame a shift in the fundamental winds. Sure, the May flash PMIs from across the globe were still far below zero, but the figures were better than expected against an already-anticipated deep recession. Further, the threats to return to return to reciprocal US-China economic sanctions is not exactly news. The masses have shown a tolerance for such news to pursue risk appetite on numerous occasion these past weeks, but sentiment itself seems to have stretched its boundaries and needs something more substantive. 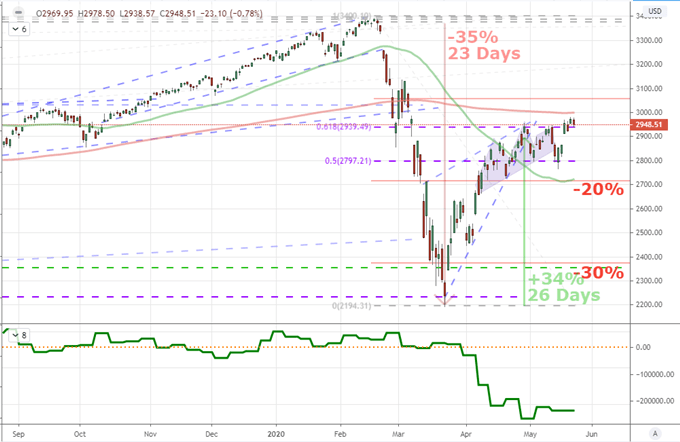 When fundamental influence loses its sway over investor intent, technicals can often fill the vacuum. If that is the case, there are many high visibility boundaries that traders will have to consider against an assessment of their willingness to maintain exposure that is high risk, posing limited discount and yielding virtually no ‘income’ return (carry, yield, dividend). The S&P 500 remains the best mirror of broader circumstances in my book. The benchmark index has the combination of the 200-day moving average and psychological 3,000 level above. Almost immediately below is the former resistance in Fib and range break at 2,940. Now even a moderate move can leverage greater speculative anticipation. 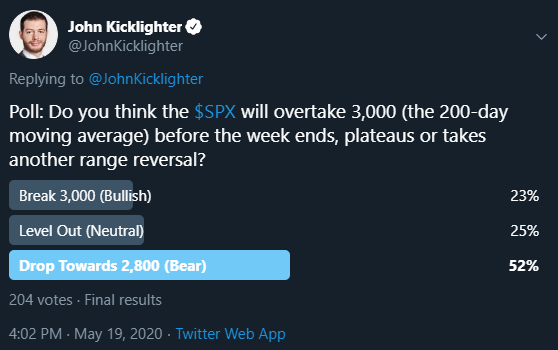 Can the Exceptions to the Rule – Emerging Market FX – Continue to Diverge?

While most assets the markets over – particularly the ‘risk’ type – are showing reticence, there are always exceptions. At present, the emerging market currencies seem to be this phase’s alternative. While the EEM ETF joined US indices with a slip, some of the most liquid exchange rates to the Dollar were showing favor to the higher yield, higher risk currencies – a remarkable performance given the Greenback has fared well on a trade weighted basis. USDZAR (Dollar-South African Rand) extended its dive below its wedge support and 50 moving average and on to 17.50. That is particularly remarkable given the South African central bank cut rates 50bp this past session.

One of the most liquid EM crosses I’ve been following, USDMXN, would also extend its slide against a remarkably similar pattern and add a 38.2 percent Fib break to the list. There are a few exchange rates with this similar pallor (like the USD-Russian Ruble), but there were also the more technically-provocative. USDBRL (Dollar-Brazilian Real) was just one such pair. Under near constant pressure, the pair managed its first material break from strong bullish pressure – and 20-day moving average – in 2020 with its -2.5 percent drop. 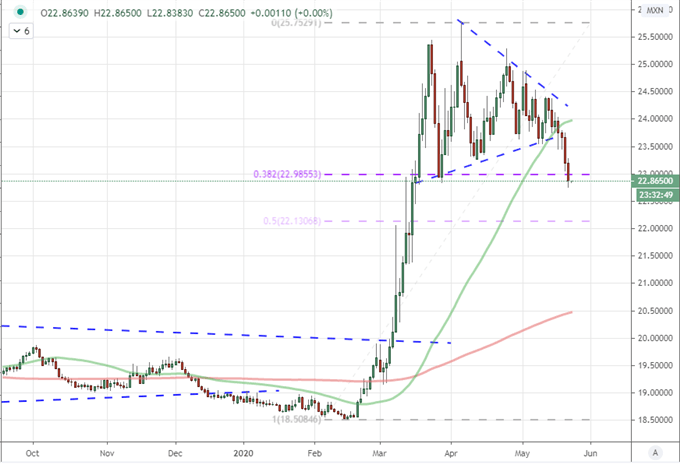 The Many Assets Posturing for a Range Include: AUDUSD, EURUSD and USDCAD

When breakouts fail, ranges can often take their place. These market circumstances are direct counterparts of each other. A breakout is charged market condition that leverages technical barriers as spring boards for a subsequent flush of momentum. The mirror is compliance to the boundaries that drains conviction and can slowly lead to a turn in the market’s course. This potential is rife across the markets, but the Dollar is particular laden with the anticipation. AUDUSD has working with less confluence of resistance, but the retail FX expectation for a stall and collapse is remarkably strong in the IGCS (IG Client Sentiment) data. 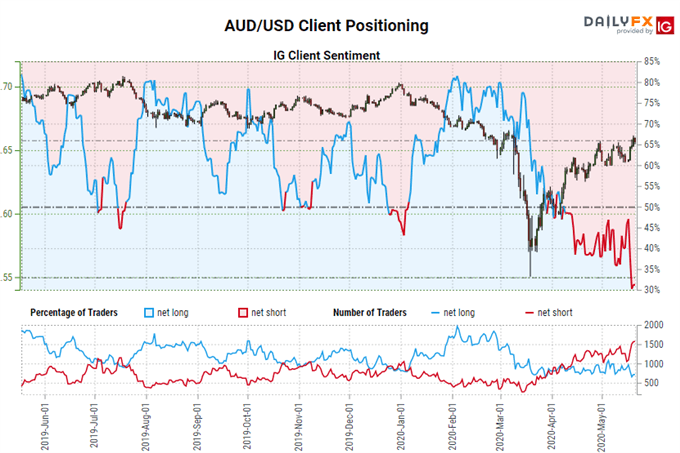 More observant of its technical boundaries, EURUSD broke the combination of wedge resistance and the 38.2 percent Fib of its extraordinary March range only to stall shortly thereafter at the overlap of the 200-day moving average and range high at 1.1000. Here too, retail FX traders are increasingly confident of a reversal back towards the bottom of the multi-month range (around 1.0800 at present) as the net short positioning is at the same scale as the March 6th market high. 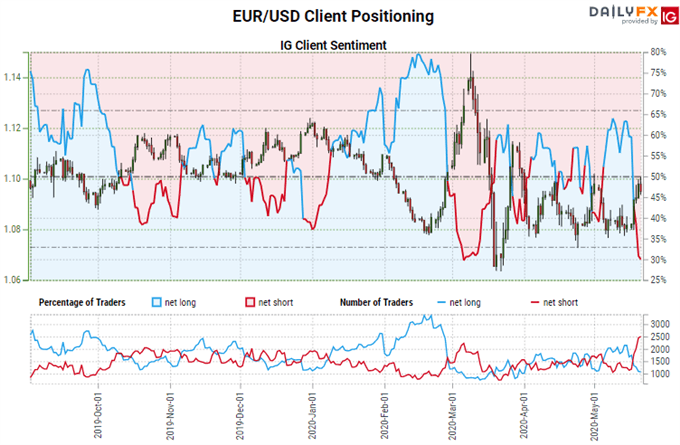 Finally, a major I haven’t afforded much mention recently: USDCAD seems to be making even less bluster than most about attempting to clear its two-month long wedge floor. The 1.3850 floor is backed up by a confluence of technical milestones around 1.3800 (including a pivot and the midpoint of 2020’s range. This may not be the most amplified pair, but it is one to watch for its consistency. 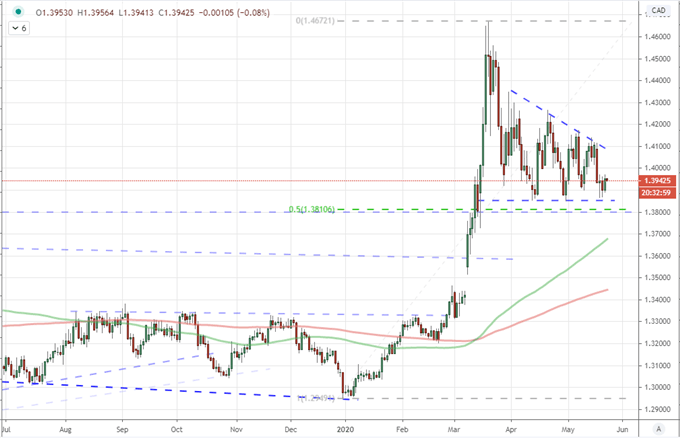