An Unusual Lead for US Equities to the Downside

Typically, the benchmark US equity indices have lead risk appetite higher these past weeks, months and years. I am a firm believer that momentum inspires more speculative interest rather than the ‘virtuous’ aspects of value, and the world’s most ubiquitous risk benchmark, the S&P 500, has amassed an impressive gravity in that regard. That said, the complacency behind risk trends has fostered a clear preference for the bullish course over time; yet that was conspicuously not the case this past session. The SPX took a dive Wednesday that outpaced global counterparts – even when accounting for US trading hours. The ratio of the S&P 500 to VEU (rest of world) ETF suffered a sharp drop on the day. Interestingly, the tech-heavy Nasdaq was still pacing the broader index. Is this sign a sign that the whole speculative ship is taking a turn? 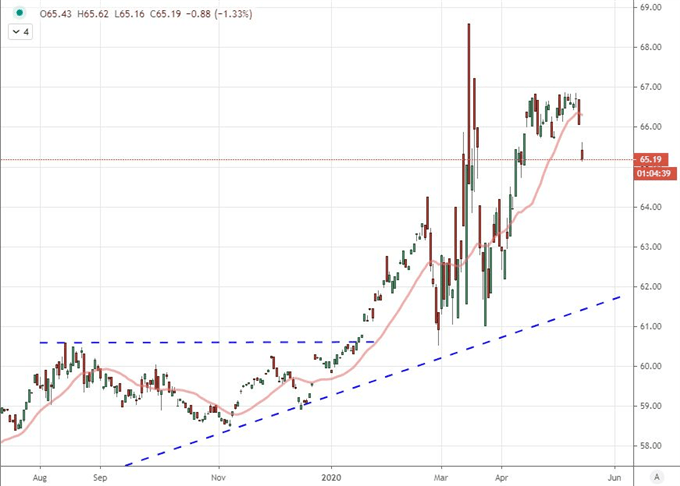 With risk aversion, the most reliable sign in my book is a broad unwind of assets that have a speculative bent (and perhaps bid for contrasting havens). That said, there are certain, preferred baselines for many market participants; and my favorite imperfect measure is the broad S&P 500 index. This past session, this standard suffered a second painful tumble that both earned technical breaks and brought it into contact with critical levels. In clearing support, the index closed below its 20-day moving average for the first time since early April while a rough head-and-shoulders ‘neckline’ was also overrun. If these were conditions conducive to technical breaks turning into productive trends, I would be looking broadly for a sentiment shift. Yet, conditions haven’t been particularly supportive of that kind of transitional activity. And so, the midpoint of the February-March range at 2,800 is my current bearish line in the sand with the range high of the 61.8 percent Fib and double top high around 2,940. 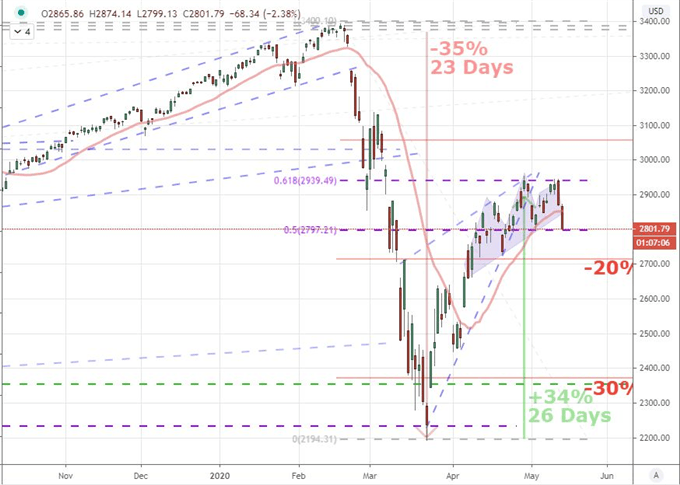 Stimulus Expectations Take a Fed Hit but is the EU in the Wings?

Top scheduled event risk this past session was not a high profile data release but rather a scheduled speech from a particularly important policymaker. Fed Chair Jerome Powell was on the wires talking about his view of economic challenge and expectations for monetary policy. His remarks offered little to bolster the expectations for global investors. As would be expected, his growth forecasts were cautious and pointed conspicuously lower. Yet, where his opinion really mattered – on monetary policy – the central banker pulled the rug out from profligate speculators when he wrote off negative rates. This should come as no surprise given the groups unmistakable effort to offer forward guidance that dampens hope around further accommodation, but the realization still had a marked impact. Regardless of what the FOMC has said, the markets may still project their own views – I recall the Fed vowing no further rate cuts in four consecutive meetings before they actually cut little more than a year ago. With that reminder in hand, 54 percent of respondents to my poll on the matter believe that the central bank will keep rates at or above zero through end of year.

As hopes for negative rates from the US are checked, the appetite for support may spread more globally. That said, India Prime Minister recently suggested fiscal stimulus that could reach 10 percent of GDP while Italy’s government approved a 55 billion euro stimulus package. These moves will likely prove necessary given the steadily deteriorating forecasts for economic activity. The United Nation’s issued its updated mid-year projection with a material downgrade in view with a -3.2 percent contraction that outpaces the IMF’s WEO global 2020 figure. This isn’t exactly surprising, by it is a cold reminder of what investors have to deal with going forward. 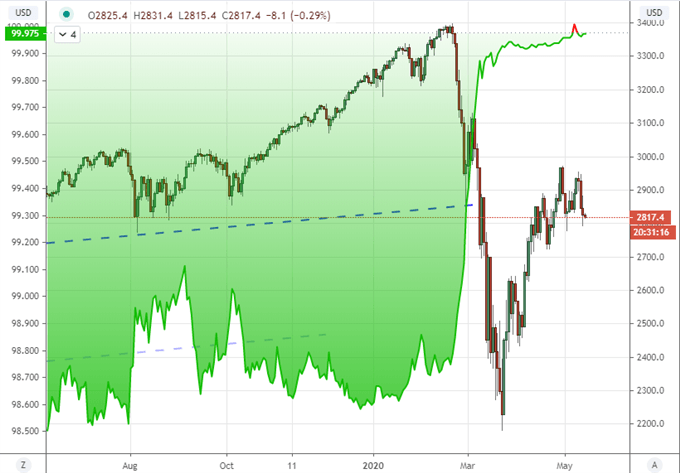 Kiwi and Sterling Threaten Technical Breaks, Aussie and Peso Get Their Turn\

For regional performance, there were a few noteworthy fundamental developments with technical response. The British Pound responded to the run of March data with the rounding out of the 1Q GDP taking top billing. A year-over-year -5.7 percent contraction is painful, but it is technically better than the economist forecasts laid out. That said, the NIESR GDP tracking figures painted April in an incredibly compromising -11.8 percent slump. Meanwhile, the New Zealand Dollar was responding to a remarkably monetary policy development (despite a rate hold) as the group raised its stimulus program to NZ$60 billion in asset purchases. There are a few key NZD breaks among the crosses, but is there follow through here where others can’t catch traction? 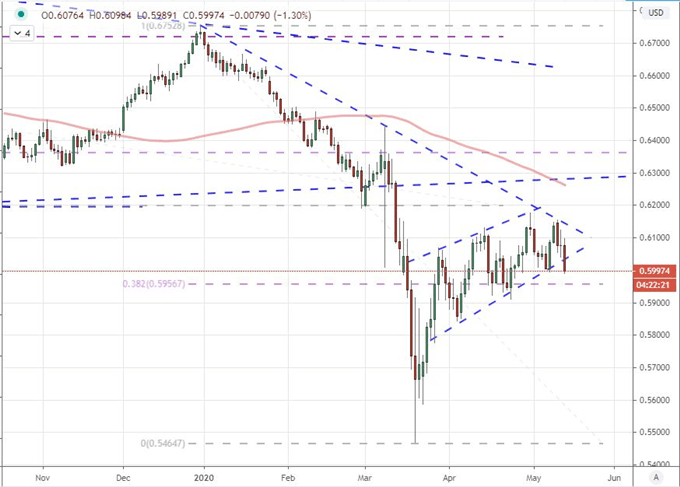 In the session ahead, there are a range of issues to put to the test. However, I will be watching a few loaded matters more closely than others. While the Euro hasn’t been a key driver these past 24 hours, rumblings that the EU is pushing forward with a program designed to invest public funds into key companies could represent a very serious stimulus program. EURGBP should be an interesting measure of this consideration. Another currency facing key event risk Thursday morning is the Australian Dollar. Employment data is a well-known market mover, but I still put greater emphasis on the currency’s ability to play proxy to the Chinese Yuan which isn’t particularly reliable as a market weather vein. 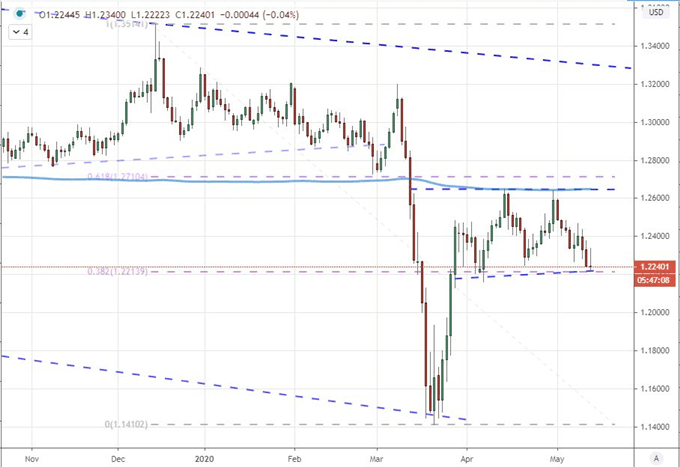