Risk Appetite Seems to Drift but A Speculative Preference Prevails

From my preferred, imperfect measure of benchmark, Thursday represented a hold before a previous gap lower could turn into unchecked risk aversion. The S&P 500 enjoyed a modest gap higher through this pasts session, but there was little drive to be found beyond that initial jump. From a record breaking tumble through March to an incredible V-bottom in April to a loaded wedge breakdown just this past week, we have witnessed a progressive slowdown in motivation; but that isn’t to suggest that the markets are stable. Far from it. A backdrop of recession and high implied volatility means that the probability of sudden jolts remains dangerously high. Yet, until either the 61.8 percent or 50 percent (midpoint isn’t an actual sequence) Fib of the March range gives – what is also a ‘shoulder’ in a head-and-shoulders pattern, this market will likely find it difficult to build another head of steam. 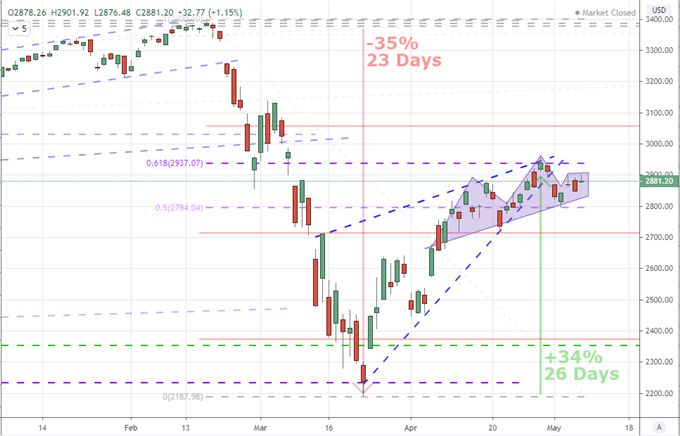 Yet, before we are willing to buy into a completely throttled speculative view, it is worth noting that there are still signs of risk appetite showing through in the most prized of the benchmarks. US equities has paced global equities, emerging market assets and carry trade among most other assets that I’ve monitored. And within that large slice of risk, we have seen an even more concentrated appeal for tech shares. The Nasdaq Composite advanced to its highest level in two months with Thursday’s close which shows a particular appeal relative to a broad index like the S&P 500. Furthermore, my measure of the top market cap tech firms – FAANG – has actually climbed to a fresh record high. Speculative drive seems to be alive and well. 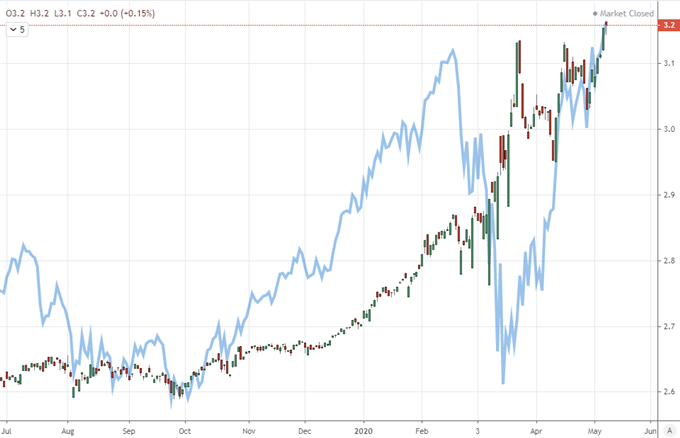 Still, while there are highlights for reckless risk taking, the market is still generally treading water. It is not clear what would shake us loose from this holding pattern; but so long as volatility remains high, the risk that this happens with short notice remains troublingly high. Normally considered a positive motivation, stimulus has its caveats – specifically that it can be deemed insufficient against the crush of an onset severe recession. Yet, for the Dollar, the pressure was a little more tangible. This past session, the Fed reported that its balance sheet had advanced to a fresh record high above $6.68 trillion. Far more remarkable was the buzz around Fed Fund futures showing implied rate forecasts through the end of year flipping negative for the first time. It seems the markets believe this stumble into truly unorthodox policy is inevitable. 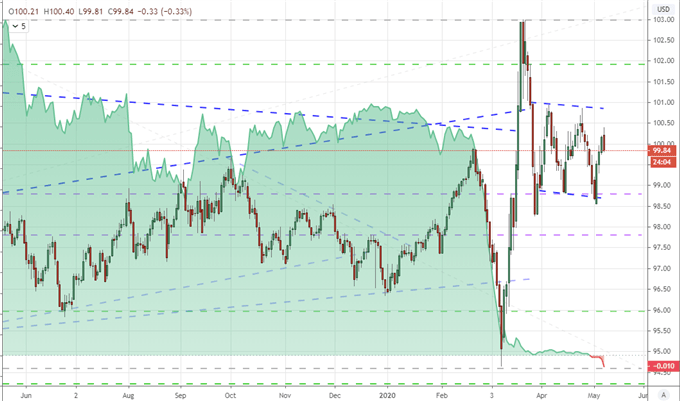 In the meantime, it is worth remembering what is at stake as central banks and governments contemplate their options. After the US close this past session, the IMF issued a warning. Though it upgraded its growth forecast just last month with the WEO (World Economic Outlook), it said that its forecast had already deteriorated further. That means lowering an already-incredible 3.0 percent economic contraction for the world economy. 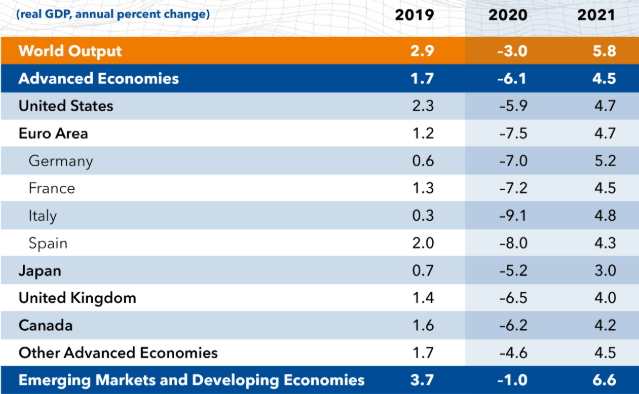 Top Event Risk for Friday: US and Canadian Employment Data

For event risk through the final trading session of the week, it isn’t difficult to assess what the top (scheduled) potential would be. The US April employment data has been preempted by repeated rounds of troubling updates. Initial jobless claims this week rose by another 3.2 million while the ADP private payrolls Wednesday collapsed by 20.2 million positions. There is already much expected from this data, but is the market truly adjusted for all this pain? Further, if we are looking for the highest potential for sheer volatility, USDCAD should be on the list to avoid (or watch if you are looking for such charge). On the other side of the pair, we have the Canadian labor statistics for the same month and crossing the wires at the same time. It would be hard for either to impress, so alignment for a bullish or bearish charge for the pair would be difficult to facilitate. 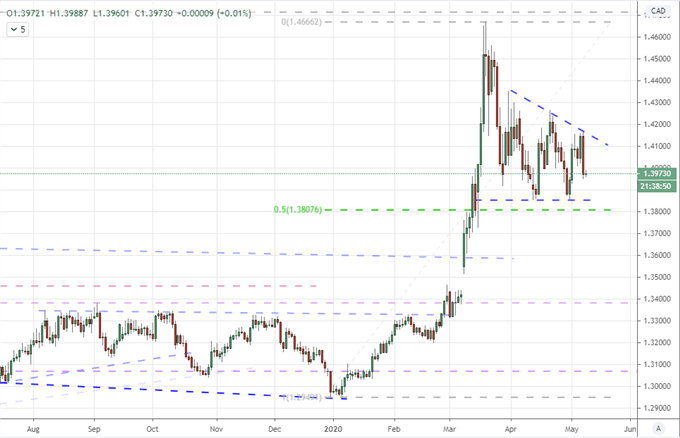