What is the most indicative benchmark for the big picture for sentiment going forward? While I still prefer the S&P 500 as a surface level and immediate representation of speculative appetite, EURUSD may represent the next phase of systemic trouble on the horizon. Yet, before the average speculative participant dive down the long-term issues that are developing: the evaluation of the immediate course setting is important. In tracking the development of speculative appetite over the past trading session for signs of conviction and thereby market momentum – it was clear that what traction was being attempted in the European session would not carry fully over to New York trade. The S&P 500 and US benchmarks opened to a gap higher, but end-of-day trade saw a retreat that left ‘tails’ that mark intraday reversals.

Chart of S&P 500 with Daily Gaps and Tails (Daily) 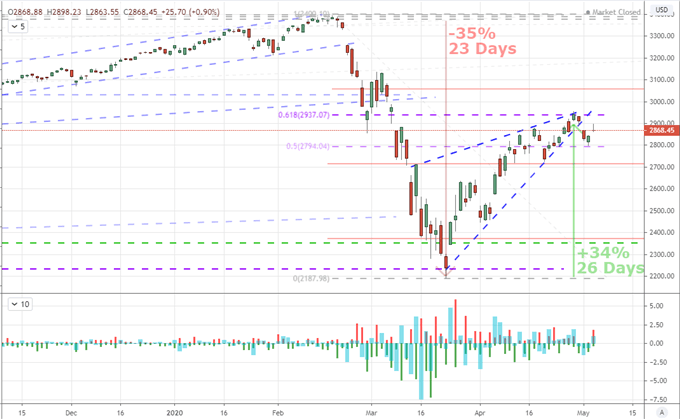 Consistency across time is one measure of conviction in the markets, but the breadth through asset classes is another such measure to monitor. Interestingly, the high yield (‘junk bond’) ETFs in the US managed to hold onto gains Tuesday, perhaps with the NY Fed standing in weight to by the proxies for the asset type. Emerging markets were another area of interest for me. The EEM aside, there are some loaded EM exchange rates. The USDTRY pushed a fresh record intraday high, USDZAR seems to be scoping out the potential for a reversal and USDMXN is a range tracing out a pennant formation. Yet, if I were to highlight a particularly technically loaded risk-leaning benchmark, USDJPY would be a good candidate. A range is closing fast and a break seemingly inevitable. That said, clearing a chart pattern is not guarantee that follow through is readily at hand. 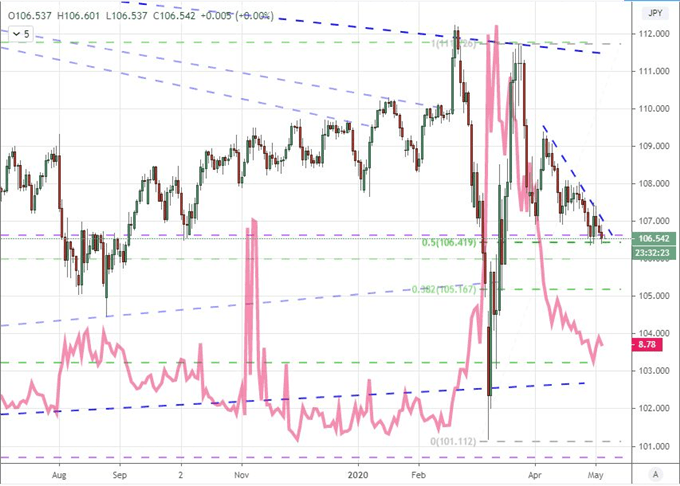 For systemically-important fundamental themes, there remains both the tangible and abstract considerations that vie for our attention. Though the former, the reality of recession continues to march forward. From Tuesday’s session, the most prominent update on my calendar was the US ISM service sector activity report. Activity in the largest sector for output (over three-quarters of the growth) from the world’s largest economy is certainly representative of growth. That said, the tumble from the aggregate indicator to 41.8 – along with the drop in business activity and employment – reflected the familiar warning issued in data. Nevertheless, US indices are holding steady…for now. 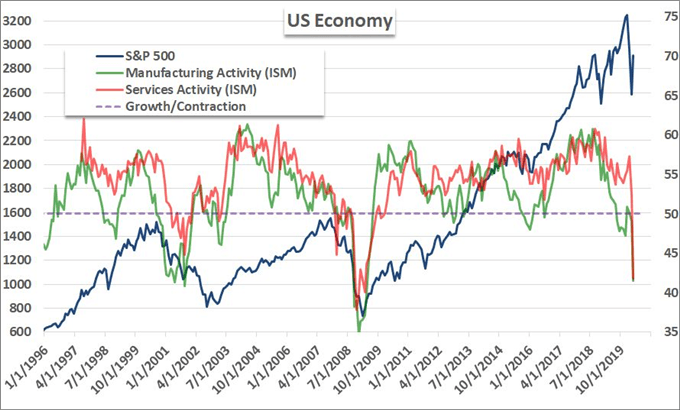 On the more abstract side of things, the headlines around the coronavirus fight continue to draw attention. The balance of ‘negative’ and ‘positive’ updates around the pandemic this past session continued to approach an equal weighting which still presents a favorable shift in coverage. Among those market flashes, the continued pressure by the US on China for its COVID fighting efforts remains a point of serious concern. White House adviser Dr. Anthony Fauci has played down the notion that the virus originated in a Chinese lab, but President Trump seems to hold to an accusation that the country didn’t do enough to inform and prevent the spread. Trade war risks look increasingly likely going forward which will have me monitoring USDCNH but my preference remains AUDUSD as a proxy given it is less influenced by authorities. 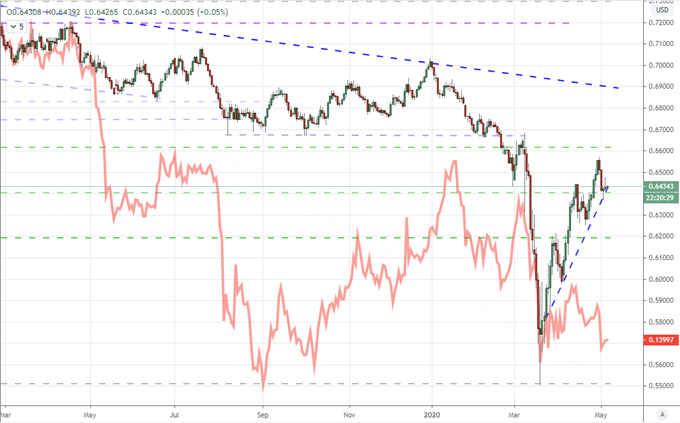 The Critical Case for the EURUSD

For the most interesting global market development this past session, EURUSD was at the top of my list. The benchmark exchange rate was moving on the day, but not to the degree that the headlines would suggest it could. News that a German high court had ruled on the ECB’s stimulus efforts drew something of a mixed response from the FX pacesetter. Initially, there seemed some favorable flavor to the news as the county’s legal authorities rejected efforts to discredit the 750 billion euro PEPP program aimed at fighting the pandemic impact. Yet, far more troubling was the news that the court deemed efforts by the central bank had deviated from the EU mandate. The group was given three months to justify five years of stimulus. While these demands can be met and crisis averted on that front, future response to further stimulus needs may be capped. That can prove a serious problem to recession fighting, but it can also open a fresh wound in Euro-area cohesion. 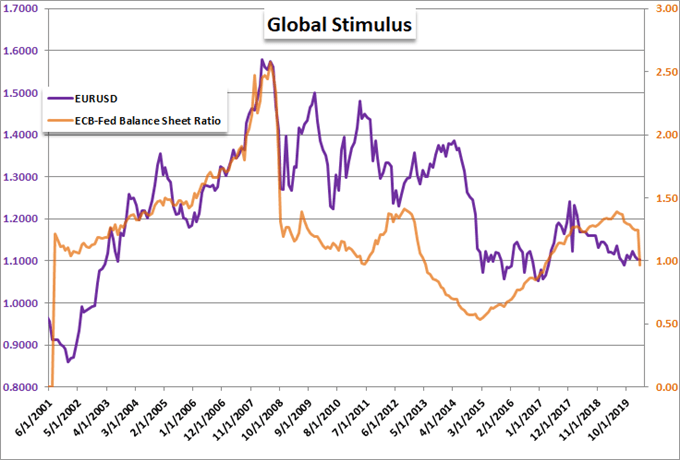 With the sanctity of the Euro once again under scrutiny, the EURUSD is a pair to watch more closely. The two most liquid currencies in the world have their own troubles to monitor in this environment and whether there is run one way of the other can trigger what matters more to market participants. At the moment EURUSD continues to bleed off volatility and fits in a consolidation pattern, but watching for impact and intent here would be well worthwhile. 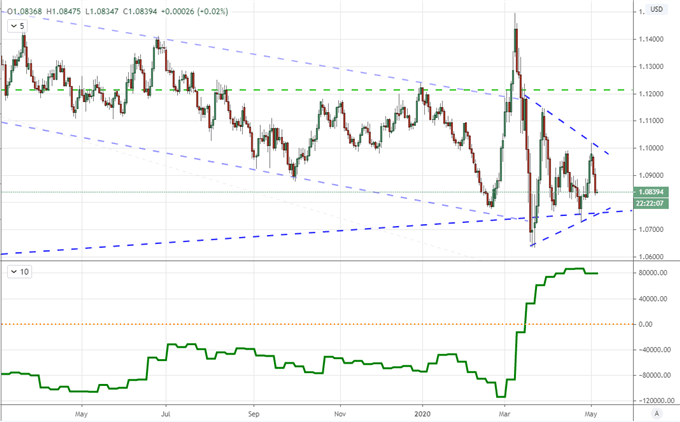