S&P 500 Ends Best Month in Over Three Decades, Friday to Ride off Amazon

Speculative sentiment reflected a mixed picture through the close on Thursday. Through the day’s close alone, many of the risk-leaning assets I follow were lower relative to the previous session. From the S&P 500 to German DAX to emerging markets, a uniform retreat suggests investors were less optimistic about the build up of exposure they have made over the previous weeks. And yet, a day’s retreat wouldn’t put off the overall performance that has been accumulated over the past five weeks. From the March 23rd swing low, the S&P 500 is still 33 percent higher. Through the month of April itself, the same index is up ‘only’ 12.7 percent which is the biggest monthly charge since January 1987. Once again, it is worth putting this charge into context. While the rally is an incredible one in percentage terms over that specific period, it took an unprecedented collapse to rouse. 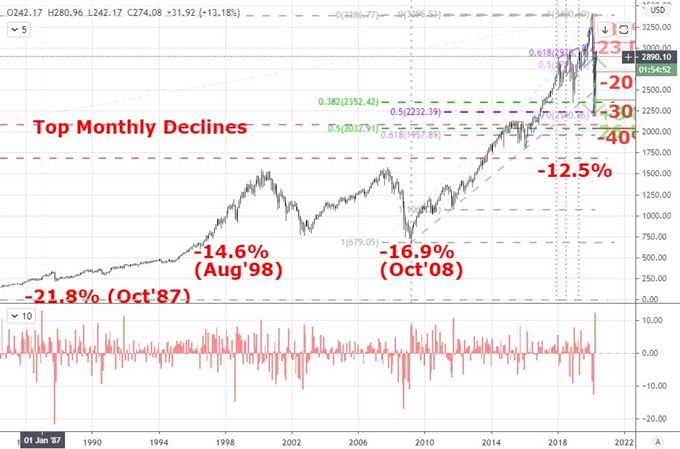 While it is worth accounting for the charge the markets are still in the midst of, I remain mindful of the backdrop of ‘value’ and what it may spell for speculative exposure moving forward. It seems I am not the only one that is at least dubious of the upswing in markets against a backdrop of deepening global recession. In a poll I conducted on twitter, four out of five that participated said they believe the five-week advanced is a ‘correction’ in a large bear trend. The S&P 500 is once again a good baseline for this contrasting view. The rising wedge through the past month insinuates an impending decision to be made after a 34 percent rally from the trough of a 35 percent collapse between February and March. 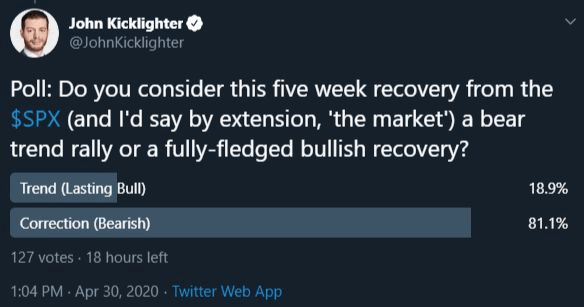 For systemic themes that will ultimately carry the weight of the financial markets, I still put the greatest emphasis on the ill effects of a known and intensified recession alongside the prospects of uneven stimulus for stabilizing the financial system. However, fundamentals are not always prioritized and interpreted as textbooks would imply. Sentiment itself is perhaps the most influential arbiter of market movement. The scope of hope and panic is vast, which means the broad interpretation of coronavirus’s impact on mankind and its economy can be extraordinarily weighted. Recent reports that US states are reopening and biopharmaceutical firm Gilead’s remdesivir drug is progressing can project optimism quite far. Then again, suggestions that the White House is starting to take aim at China for the spread of the virus with considerations of extreme measures raises serious concern. Nevertheless the US markets continue to pace other risk benchmarks with the tech sector leading the charge and FAANG in particular at the tip of the spear. 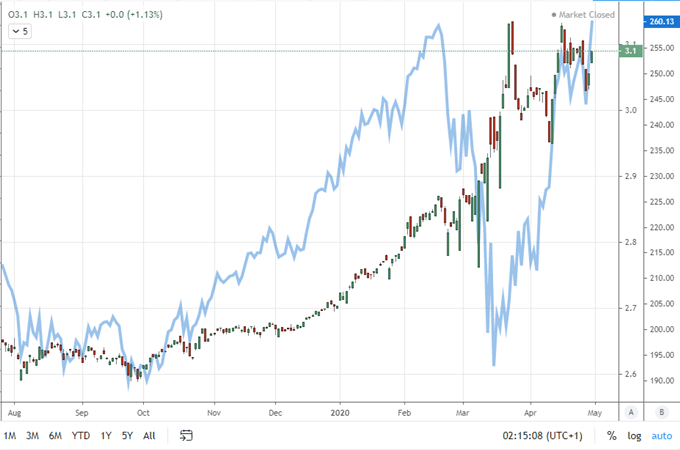 After Thursday’s close, the FAANG group rounded out its earning season after Amazon and Apple reported. Both of these companies are part of the large market cap tech group, but they are somewhat different in their relative representation of systemic fundamental themes. Where Facebook and Netflix are more explicitly divorced from the traditional ‘brick and mortar’ economic model, the two As in the acronym remain anchored. Apple is more resoundingly a company that makes expensive discretionary items for consumers. It’s quarter was a sound beat ($2.55 vs $2.26 EPS expected), but its announcement of a $50 billion share buyback may face a social backlash. Amazon is the most important update. Its own EPS ($5.01 vs 6.23) and cautious outlook was more in-line with global circumstances, but the CFO’s account of reduced discretionary spending speaks to more global matters. 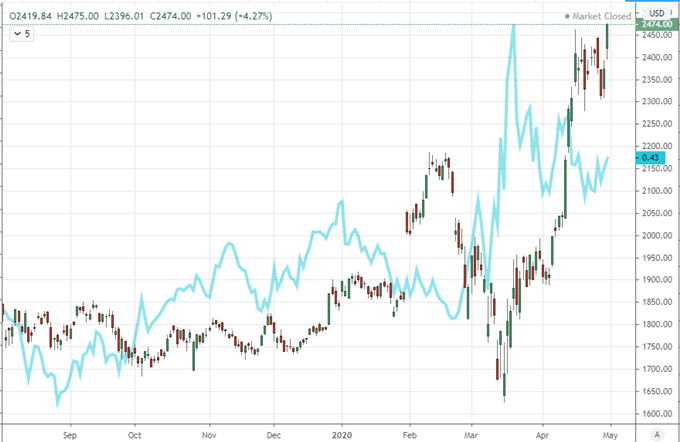 From the more leading measures of US corporate performance to the lagging but more explicit data points from the global docket, this past session offered up full reminder that the world economy is indeed on a course for a potentially unprecedented recession. On the back of the severe -4.8 percent US 1Q GDP contraction, the Eurozone registered a -3.8 percent slump – its worst on record. What is most concerning is the recognition that the coming quarter will be materially worse. At the ECB rate decision, the group decided to keep policy unchanged as expected (with some modest easing of lending conditions on banks), but President Lagarde made clear they were expecting a slump in the current quarter between -5 and -12 percent. 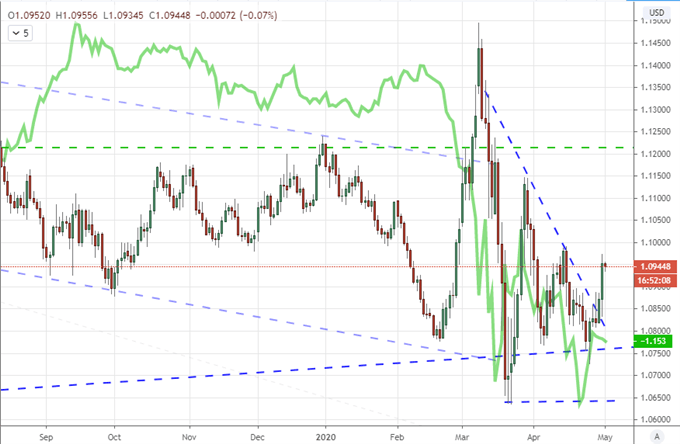 Perhaps one bright spot – if it could be considered such – in the run of global recessionary data was from Mexico. Though the economy still contracted -1.6 percent, that tempo was meaningfully more restrained than the -2.1 percent that was expected. That said, the news didn’t help the Peso as USDMXN reversed course at a technical boundary. This seemed less a data related move and more to do with the general swoon in risk trends. 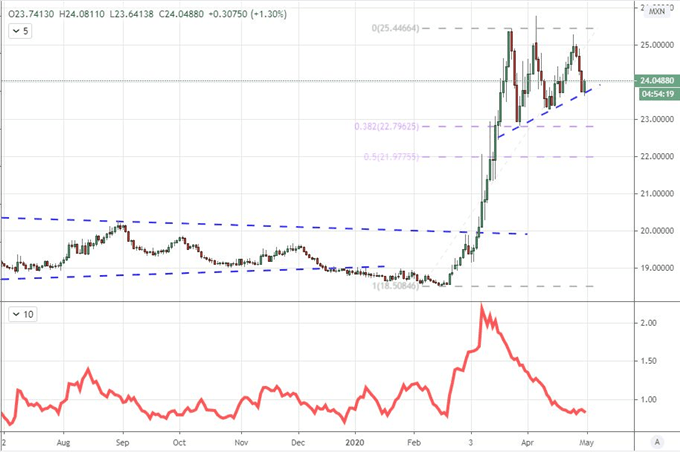