Speculative appetite forged a tangible climb this past session which is not particularly surprising given the general trajectory of the past weeks, but it is impressive against the fundamental backdrop through the period. There was plenty of ‘bad news’ to go around Wednesday, not to mention the world’s largest economy confirming its worst economic contraction since the Great Financial Crisis. Yet, that wasn’t the picture that investors were keen to focus upon. Rather, the market decided to take stock of favorable developments such as the headlines around Gilead’s coronavirus drug trials in remdesivir and another round of tech earnings that has raised hopes that ‘perhaps the recession won’t be so painful for market’. I remain of the opinion that there won’t be oases from the scourge of the economic shutdown, but speculative appetite can hold out far longer than one would expect. 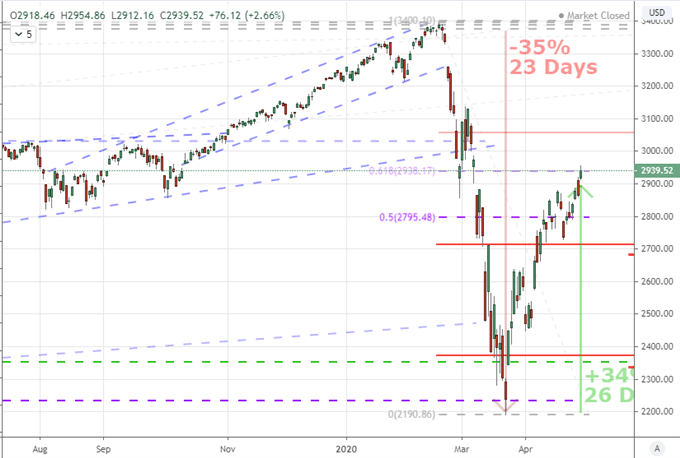 Risk appetite looks to be following the course of self-sustained enthusiasm that harkens back to a time before the coronavirus. There certainly have been bright spots to reference over the past month, but most of it has been the kind that registers more like news ‘that isn’t as terrible as has been expected’. That can certainly buoy markets if there is an overshoot on discount to recession and financial fallout. However, the S&P 500’s 35 percent tumble – as a baseline – is really the full unwind that it seems to be treated as. Navigating markets is more about evaluating and adapting to the markets that prevail. If they do carry on, looking for technical pictures that best epitomize the escalation would serve interests. The UK’s FTSE 100 for example has triggered an impressive breakout. That said I remain skeptical. 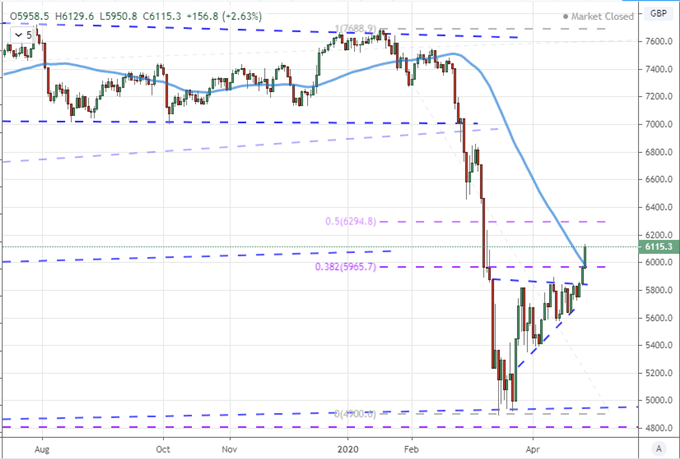 The Worst (Economically) Has Yet to Come

Among the economic developments that have fed an optimistic skew, the hope centered in a reversal of economic fortune with the reopening of lockdown states and countries seems to top the list. That is where the news of Gilead’s latest trial progress captures interest. It is difficult to weigh the abstract and unconfirmed contributions of a factor like this, but earnings can represent a more quantitative measure. After hours (New York session) Wednesday, there was another boost in US 1Q earnings via the updates from Microsoft and Facebook. The tech giants continued to feed expectations that there are perhaps areas of the market that can weather the economic storm. That is a dubious notion, but with Amazon and Apple due after the close of the upcoming session, it can keep the momentum. 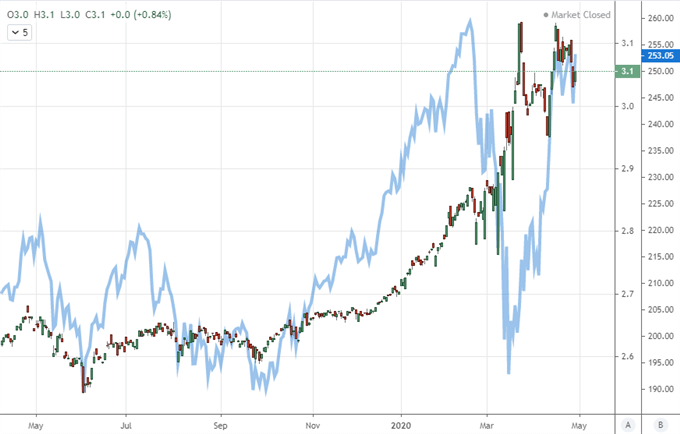 Where there may be ‘silver linings’ that optimists can latch their outlook to going forward, here remains explicit risk that speaks to the economic and financial trouble that is at hand. This past session, the US reported its first quarter contraction was a severe -4.8 percent – the worst hit since the GFC. What is truly disconcerting is the realization that it will most likely be a magnitude worse in the subsequent reading. Fed Chairman Jerome Powell – perhaps inadvertently – reinforced that recognition this past session. While the FOMC held rates unchanged and rests on the momentum of its incredible efforts these past few months, the leader of the bank stated that the data did not yet reflect the severity of the shutdown and that he suspected they would be called on to do more before the situation reversed. 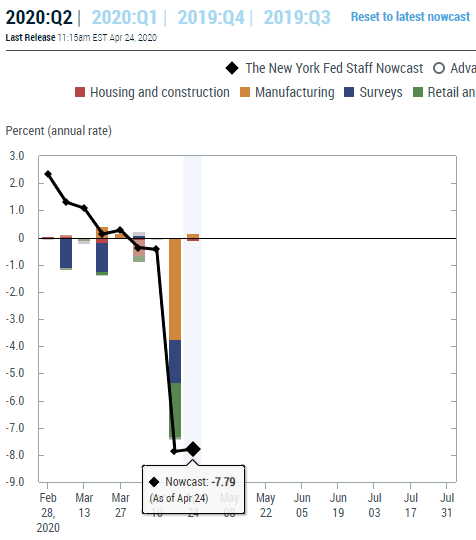 Through the upcoming session, the systemic fight between tangible data and speculative enthusiasm will remain a principal concern for me. That said, there are more explicit developments on the docket to track for implied volatility risk. Most notable outside of the US earnings docket is the run of event risk for the Euro. The Eurozone’s 1Q GDP update is due – alongside the figures for France, Italy and Spain. This is an important update as the economic fallout and pandemic impact have been more severe for Europe than the US in certain ways. If this proves true in the data, the implications can prove a significant shift in capital between developed world leaders. The other major event is the European Central Bank (ECB) rate decision which is arguably the most strained group and pressed to respond for more given the uninspiring fiscal response. It will be worth monitoring EURUSD along with the likes of the DAX through this session. 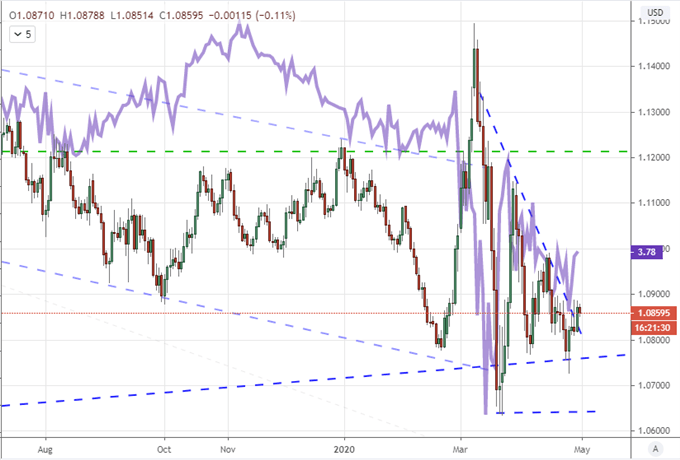 European event risk isn’t the only thing on hand Thursday. I will further take stock of the impact from economic updates from Canada (though it is only for February) and Mexico. USDMXN has joined the range of most liquid emerging market currency-dollar based crosses that have seen a reversal as of late. Finding a motivation to supplement – or obstruct – a dubious risk trend would be a worthwhile risk to monitor. 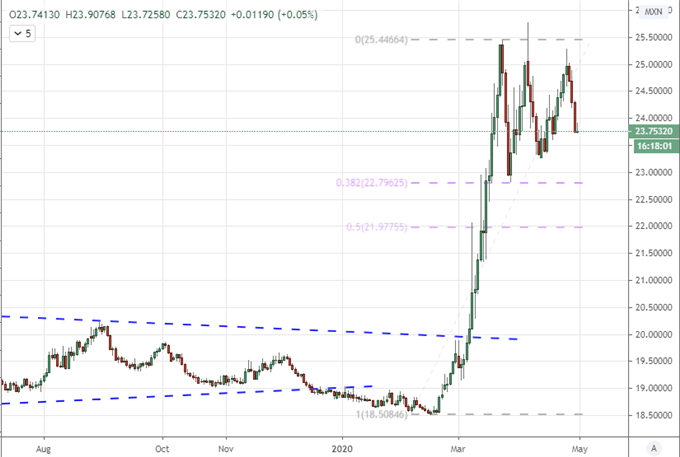