Another Uneven Advance in Risk Appetite

This new trading week kicked off with a measurable advance in risk appetite – at least as far as the US equity market was concerned. For the S&P 500, a leader among the speculative benchmarks I follow, put in for yet another positive gap between Friday’s close and Monday’s open along with just enough carry over during the active session to earn the highest close since March 10. Enthusiasm was curbed somewhat when we referenced the Dow or Nasdaq Composite for backup to this ‘market pace setter’. These indices were far more anemic with progress, and the trend only worsened when we look further abroad for an equities view. Asian markets failed to break highs despite the BOJ’s stimulus efforts and European benchmarks are working their way into very aggressive wedge formations – I am particularly partial to the UK’s FTSE 100 (see our updated educational material on technical patterns). 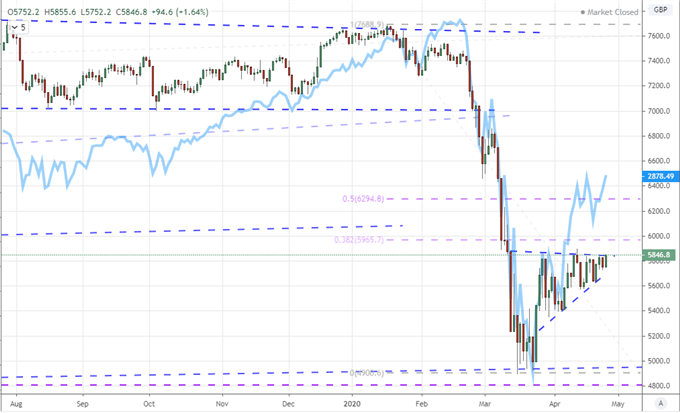 Looking further from my imperfect ethnocentric epicenter, performance was even more uneven. Emerging markets and junk bonds were fairing even worse despite the insinuation for speculative appetite and even the direct support from the Federal Reserve (making dollars readily available for EM central banks and the liquidity support offered for stabilizing investment-grade lending markets). If you were looking for fundamental explanation to this disproportionate performance you’d likely struggle to align event risk to the market performance. Instead, the more abstract currents such as the news that certain US states are reopening their economies slowly are likely drawing attention in the trading rank. As effective as these motivators may be in the short-term, they will likely prove unreliable against the crush of recession anticipation moving forward. 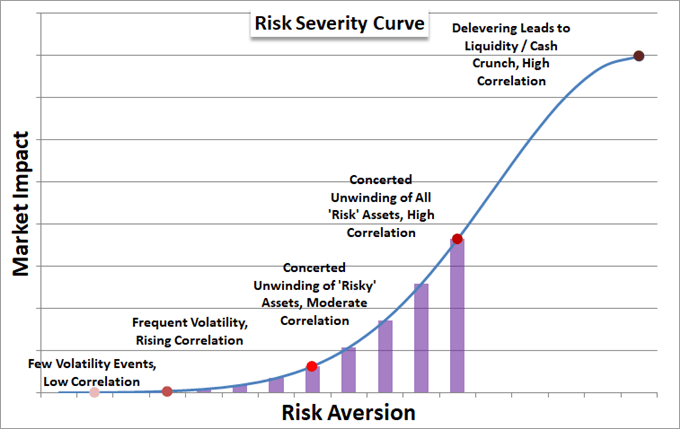 US Earnings Will Be Front and Center Starting Today

As the week wears on, I will not expect a hard conversion from abstract risk influences into the more regimented listings on the docket. There is seemingly no bounds to speculative throttling. That said, the scheduled event risk will compete more aggressively for our attention Tuesday. The economic docket will have a few standard reports for consumption like the United States’ consumer confidence report from the Conference Board which is a timely reflection of a critical economic group, but ultimately a second fiddle to the anticipation around Wednesday’s 1Q US GDP and FOMC rate decision. Speaking of the central bank’s decision, the Bank of Japan continued to raise its efforts with relatively limited effect on local – much less global – markets. 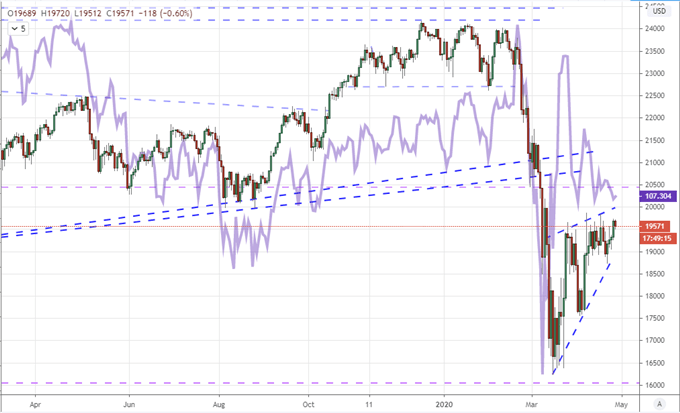 Looking for scheduled event risk with a little more ‘reach’, I will be monitoring to the US earnings candle to present a little greater a risk. Many will be watching the list of firms to report individual for sharp response from the individual shares that align to the accounting update. Myself, I will be more concerned about the global macro implications. This week is packed for critically important US companies who are updating their corporate performance heading into a high probability recession. However, I will be breaking the list into certain categories. The more directly effected group for the pandemic lockdown will represent the lower bound of the exposure scale, and Southwest will be just such a listing. At the opposite side of the spectrum, FAANG member Google will represent the most capable group to skip the hardship – though reports of a halving in marketing staff doesn’t bode well. Then there are the firms that are closer to economic health like Caterpillar, Ford and UPS which will reflect my more direct expectations for fundamentals. 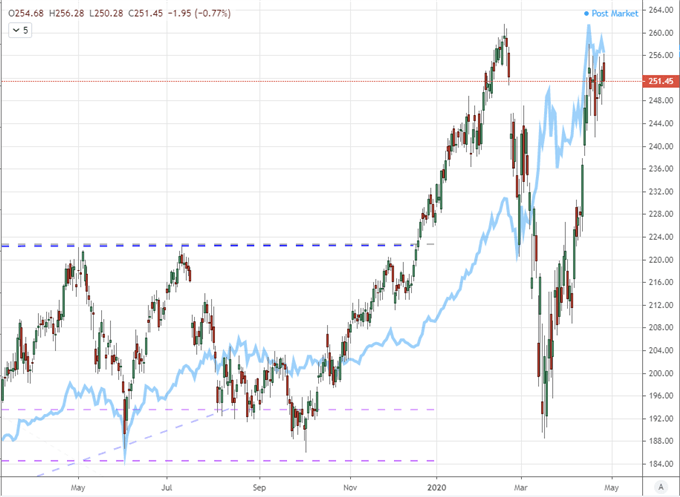 Crude Oil Continues to Struggle with Operational Risks in ETFs

Most of my interest resides with the more overt measures of speculative appetite, but it pays to keep track of the systemically important fringes of the financial system. Crude oil remains one such concern. From the purely market-perspective, the exposure to crude via producers and their high-yield borrowing as well as the derivatives at work is a concern. However, I will not be losing sight of the growth implications of a supply-demand collapse. On Monday, the active June 2020 WTI futures contract extended its slide with another -14 percent tumble. That isn’t remotely close to flipping to negative (-)$40 per barrel like May’s contract had a week ago, but it strikes raw nerves. The issue is not just the acknowledgement of an impending recession but also the upheaval in a previously robust derivatives market. According to reports, the USO ETF (the world’s largest energy composite) was being forced to reposition its collateral for a third time in month owing to restrictions on exposure. Thus far, this seems an isolated issue, but if the pressure on funds can’t be contained to the likes of energy or volatility ETFs, we have a serious risk on our hands. 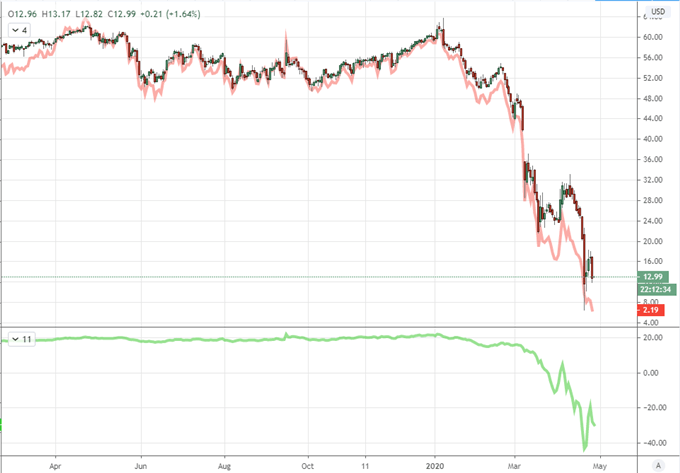 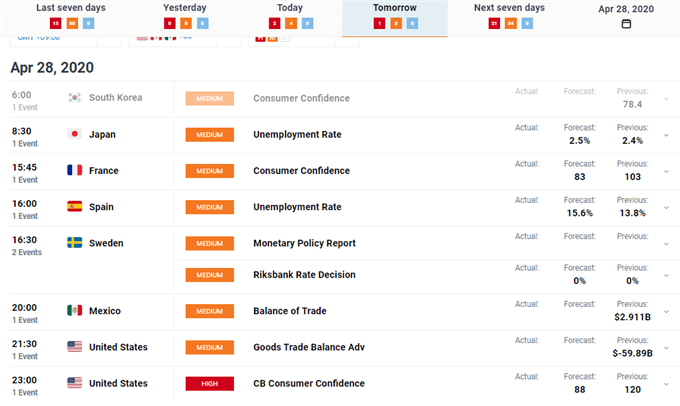