Risk Trends Were Spinning Their Tires Until Liquidity Faded

There was little momentum to develop in ‘risk trends’ through Thursday’s active trading session. Against a backdrop of data reminding us that a recession is settling over the global economy and some evidence that stimulus efforts were starting to reach near-term limits, sentiment shifted to anticipation for high profile events that could spell a gear shift for the two largest economics in the world. Given that forward shift, both the German DAX and the US S&P 500 opened with gaps higher and both proceeded to retreat. While the NY session playing catch up to Europe is not unprecedented, it suggests there wasn’t a momentum developing in sentiment from session to session. 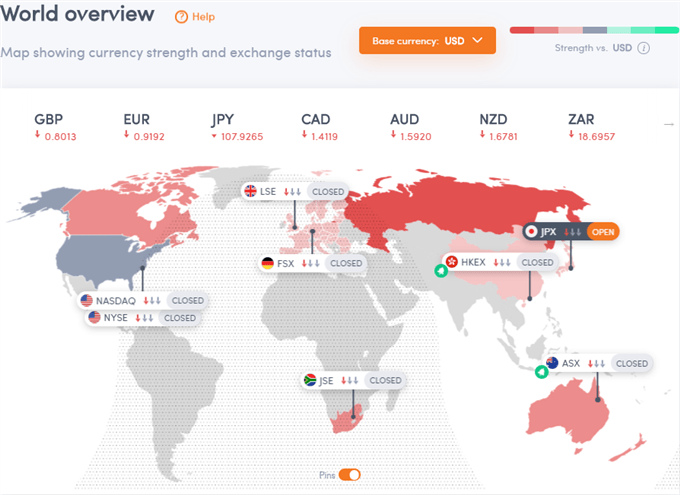 We may have very well found ourselves in a state of stasis with risk trends until the US session came back around – or even straight through to the weekend drain – but unexpected developments would trigger optimism-backed volatility during the trading day’s most illiquid period. After the US market closure and before the afterhours futures session reopened, reports that biotech company Gilead developed a drug that is starting to show effectiveness in combating the coronavirus. While there are reasonable questions over this potential advancement’s ability to curb the spread of the virus and hasten the reopening of the economy, the markets were ready to respond to the headline alone. In the brief closure for S&P 500 emini futures markets for daily maintenance, the speculative favorite put in for a 2.7 percent gap higher. 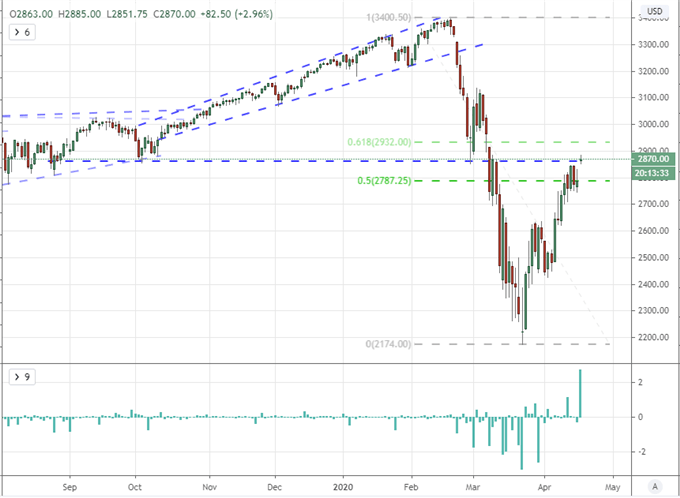 Reopening the US Economy and Chinese Economic Health

The potential for a drug that can quell the spread of COVID-19 will no doubt stand as an important compass for speculative appetite, but such hopes will struggle to carry the markets for an extended period without absolute adoption into government programs or with the context of additional external factors of growth and stimulus. This past session, much of the active trading day carried a tone of anticipation as the market prepared to hear the Trump administration’s plans for reopening the US economy. Ultimately, the President stated 29 states were close to reopening and certain states could restart their economies as soon as tomorrow. In the meantime, coalitions of governors in the Midwest and East Coast stated that they were working together on timing their return to relative normal. This is encouraging but so far lacking clarity on the details for when this will happen and what its impact will ultimately be for growth and financial recovery.

The urgency to restart the economy is perhaps easier to understand when we refer to the devastating economic data we’ve registered these past few weeks. That run of battered statistics was extended this past session with US housing starts dropping -22 percent and initial jobless claims swelling another 5.2 million filings. That is 22 million newly unemployed Americans in the past four weeks. If we are looking to economic pace, the big update for Friday is the world’s second largest economy. China is due to report a range of key March statistics (fixed assets, industrial production, employment and so on), but the real focus will be on 1Q GDP. Regardless of how you sort the data points, the market will likely apply its standard grade of skepticism around the Chinese data which effectively curbs its impact on sentiment. USDCNH and the Shanghai Composite will certainly face restriction to sudden swings in sentiment, but I will monitor Aussie-based crosses (AUDUSD, EURAUD, AUDCAD, etc) for a more open market perspective. 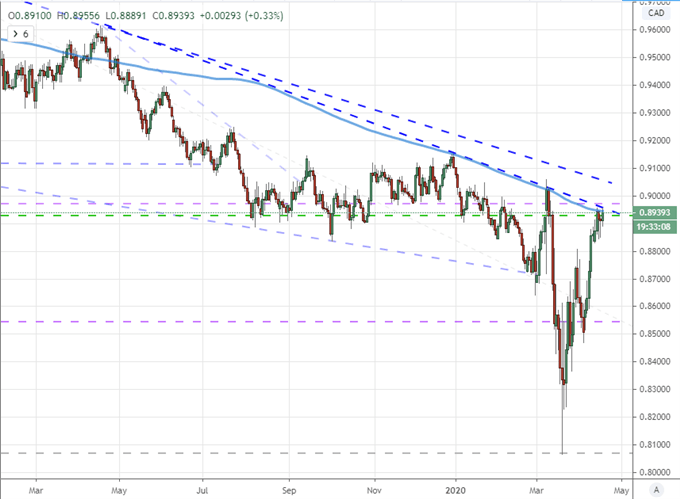 The Real Battle Between Recession Reminders and Stimulus Limits

While the data will and scheduled speeches are drawing immediate attention, it is important to remember the systemic forces at play when it comes to the health of the global economy and financial system. On the economic side, the forecasts for growth continue to slide. While there are some outlier views of optimism – such as from the White House, the core outlook is clearly building intensity for economic retrenchment. This anticipation is discounting the impact of historically severe economic updates, but it cannot normalize Great Depression-era conditions forever. The tipping point may prove limitations in stimulus.

The world’s governments and central banks have flooded the system – and frankly done more than I though they could ever mobilize in this era of trade wars – but it is difficult to offset what is a steadily growing burden. It was reported recently that the US government’s small business loan program (totaling nearly $350 billion funds) was already tapped. While there are supposedly subsequent phases of stimulus to come out for the US, the details remain elusive. Meanwhile, we have European and Japanese efforts that seem to be falling short of the speculative market. This is the kind of environment where realization can spark recognition and then fear. 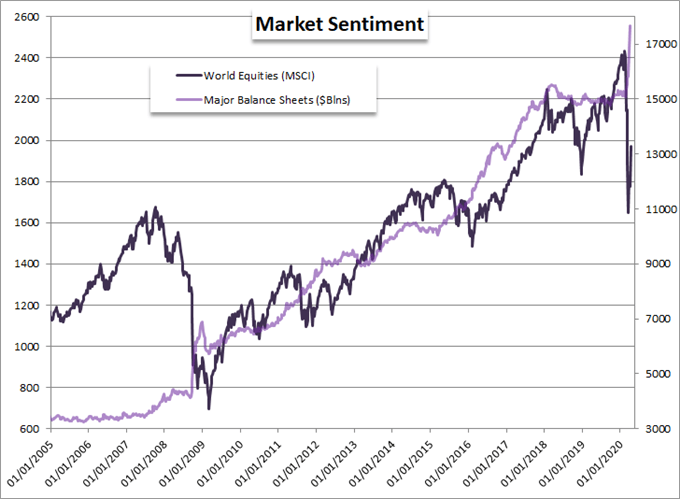