S&P 500 and VIX Stability to Be Tested by IMF Update, G7 Meeting, Earnings

Two Starts to the Week: A Quiet Monday and Active Tuesday

Monday kicked off the trading week with a stunted range of liquidity. With the United Kingdom, Germany and Australia among others offline this past session; we were putting to test the distortionary influences of liquidity upon an already-unpredictable backdrop for market volatility. As it happened, the session proved to be surprisingly restrained. While benchmarks that were open for the session were generally lower, the extent of the slide was limited. Ultimately, the S&P 500 registered its first loss in three trading days – though its ultimate close-over-close performance found some relief from the reversal from intraday lows that left a meaningful lower wick. It is reassuring to at least see some moderation in daily range and continued easing in expected (implied) volatility, but there remains a tangle sense of unease in the financial system where fear could seize the controls with little warning. 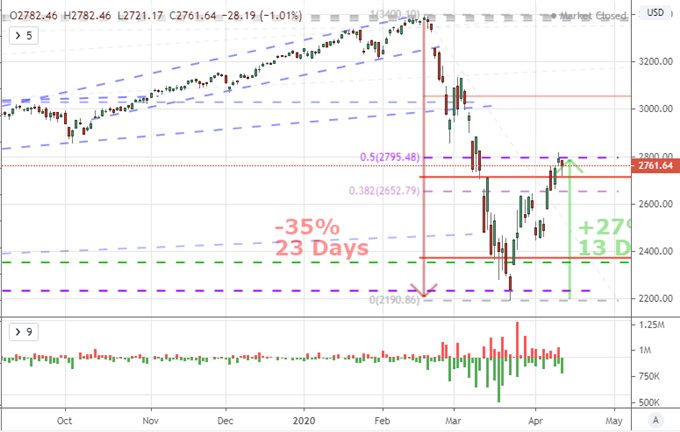 Tuesday’s session represents the first full-liquidity day of the trading week. It is unlikely that any speculative eruption was simply lying dormant until Europe was back online to show itself, but there is also a far more consequential range of fundamental offerings to take account for through the coming session. The continuity of sentiment from Asia to Europe to US (and around again) is always important to gauge, but one area of particular consequence remains the front line volatility measures. From the VIX to the EVZ (EURUSD) to OVX (oil), anticipation of market upheaval will act to curb reach during favorable speculative winds and will accelerate retrenchment when the fear sweeps back in. 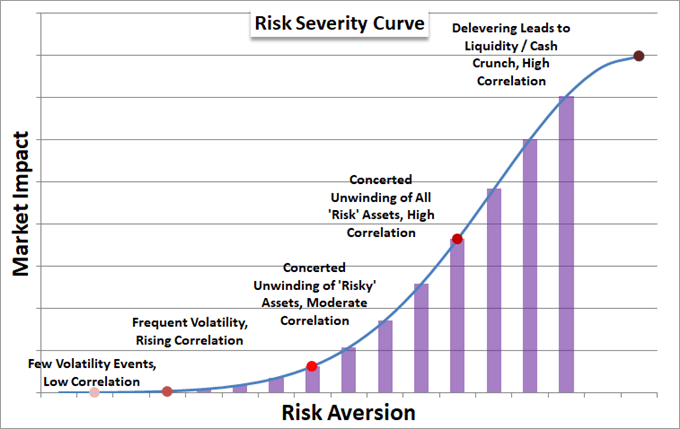 Recession and Financial Warnings Ahead…Will the G7 Attempt to Offset the Bad News?

When I originally made my own personal event calendar this past week, Tuesday was relatively spotty when it came to either pointed scheduled event risk or systemically important catalysts. The Chinese trade balance report Tuesday drew attention given its insight on where local economic health crossed global demand hobbled by the pandemic and the lingering effects of the trade war. Perhaps more consequential – and certainly more transparent – was the 1Q earnings session starting to hit it stride. The banks usually represent the first week and JPMorgan and Wells Fargo are on tap. Insight on the financial is of considerable value given the circumstances. However, I will give equal deference to consumer staples member Johnson & Johnson as well as troubled airliner United reporting figures and projecting their own pained paths.

Perhaps more consequential for economic influence Tuesday are the scheduled updates from the IMF for its World Economic Update (WEO) and Global Financial Stability Report (GFSR). The group is known for not telegraphing its precise schedule for these important readings well in advance. Given the anticipation for a deep recession amid forced economic shutdowns to fight off the spread of the coronavirus, the market has likely discounted a significant measure of pain; but how much? An economic retrenchment is no doubt expected, but perhaps a quick recovery is also part of that priced trajectory. A more severe downswing may curb any latent enthusiasm. Furthermore, the rebound in capital markets these past weeks has likely inflated some subtle optimism that can be crushed by ‘reality’.

The other aspect of performance moving forward is the health and functioning of the global financial system. The GFSR will therefore be important as it no doubt highlights critical risks to the calm flow of across the world. The IMF’s report will be a does of reality but perhaps something we were expecting. On the other hand, a recently reported G7 finance minister and central bank governor meeting (suggested by Treasury Secretary Mnuchin Monday) could stage yet another wave of external support. I wouldn’t have thought it reasonable to expect just a month ago, but recent iterations of help have changed my sense of anticipation. 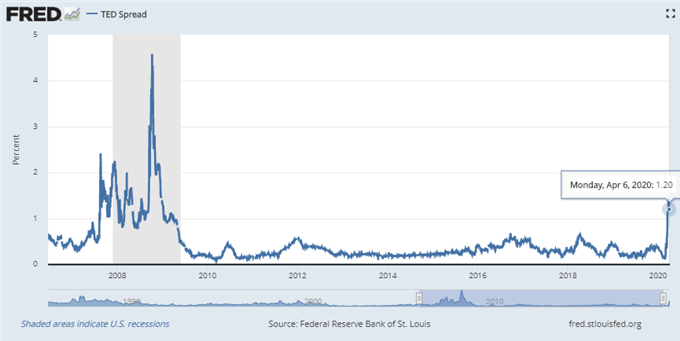 Sharing a somewhat global perspective to US earnings and the IMF’s updates, the growth implications of oil consumption matter for those gauging economic potential. That is the ‘demand side’ of the equation for the energy industry while much has been made of the pure supply contingent. Headlines played a big role in this focus with the OPEC+ conducting multiple emergency meetings as the expanded oligarchy attempts to stabilize the price of the battered commodity. This past weekend, it seemed that the group finally reached agreement with holdout Mexico compromising with a 100,000 barrel per day (bpd) cut that lowered the two-month global reduction to 9.7 million bpd. Despite the news this would insinuate for the textbook oil price equation and relief for Mexico, neither commodity nor Peso would reap the benefits. 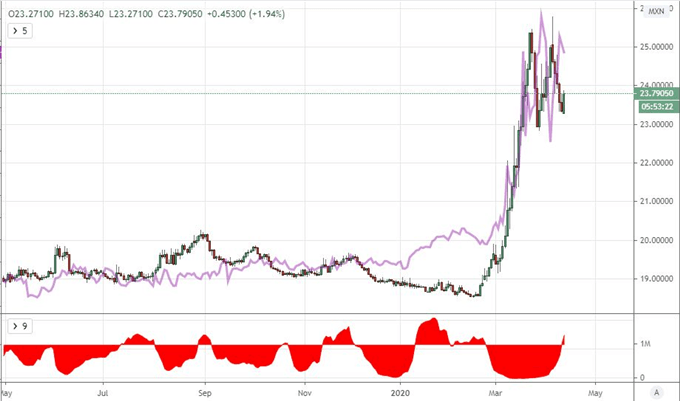 Another aspect of the fundamental landscape that is still a little further on the horizon that I’m starting to pay closer attention to is the influence of relative monetary policy. Generally speaking we are dealing with an intense global recession and frequent reminders as to the sensitivity of the markets to financial stability. Any and all stimulus is seen as fending off the encroachment of fear globally. However, relative influence on local assets can act as both a gauge of our collective stage of market depression. It is gold – which rose to December 2012 highs in Dollar terms and a record high in equally-weighted USD, EUR, GBP, JPY – that I find most interesting. It tumbled in March as the Dollar surged amid a blind appetite for liquidity. With the commodity starting to rise again, it suggests risk aversion is growing deferential once again. 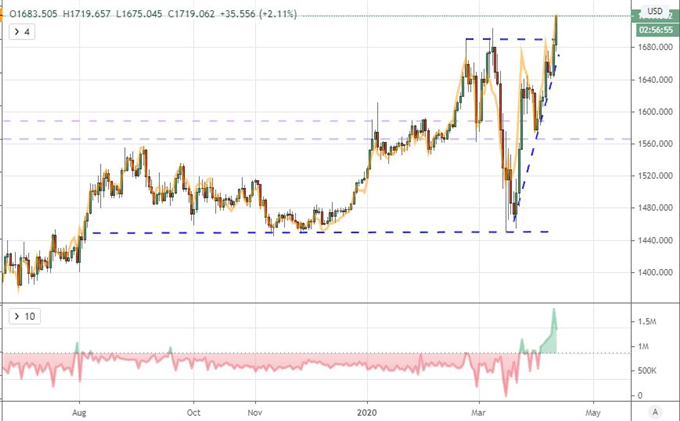