There have been some notable changes of speculative tempo registered in the US trading session recently, and Wednesday’s session was no different. From the risk aversion that kick in late Tuesday with a gap-closing drop from the S&P 500 and Dow, there was marked follow through on risk aversion through the subsequent Asian and European sessions. There was a little data to help the markets along the way and a very noteworthy development from the EU: the failure by officials to agree on a subsequent level of stimulus for the troubled regional economy. That official news was accompanied by remarks suggesting the ECB President, Christine Lagarde, again lobbied leaders to provide support and unofficial sources who suggested the central bank said the financial need for stability could run up to 1.5 trillion euros. That was the mood heading into this past New York trading session. And yet, we were me with a third consecutive gap higher. 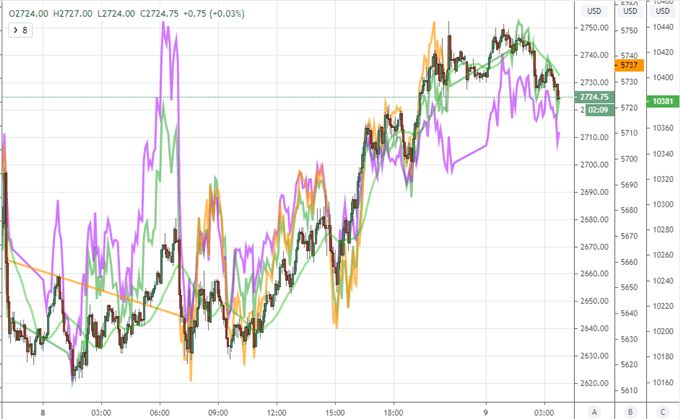 Through the close of US trade, there was a more material risk appetite pushing capital markets to task. On both a close and intraday basis, the S&P 500 set another high stretching back to March 10th/11th. It is worth debating that this benchmark of ‘market’ exposure has traded back into technical bull market territory this week. Though a looser definition, a bull market for most is a 20 percent recovery from lows – a milestone we reached in a mere 10 days. Yet, would you consider this a robust and reliable bullish trend? I am not so comfortable. Traders should take mind of the flippant nature of the underlying market and its sentiment. The persistence of volatility makes for an unpredictable trading/investment environment. 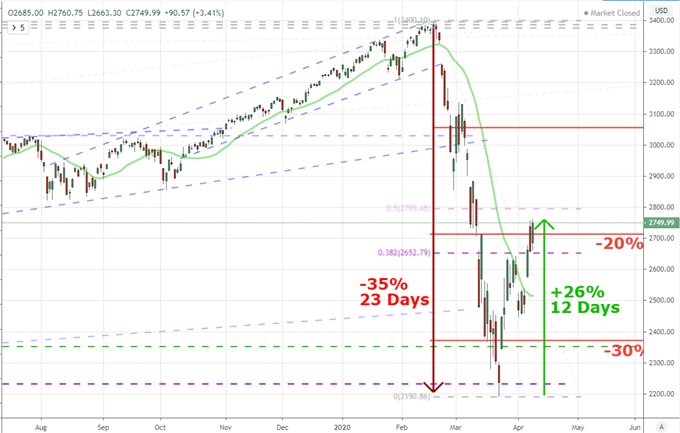 Heading into Thursday trade, we are essentially wading into the final official trading day of the week. There will still be markets made on Friday in FX and for a segment of global powerhouses through Friday; but the Western World’s capital markets will be closed for the Good Friday holiday (and some will further be closed on Monday). Traditionally, this expected lull in market depth would result in speculative withdrawal well in advance for a large contingent of the market with the result of thinner liquidity and lower volatility. This time around, we may see a drop in liquidity, but I would not assume relief in volatility. We are still dealing with market conditions with a hallmark of panic. Implied and realized volatility are still exceptionally high, so triggering panic remains troublingly too easy. 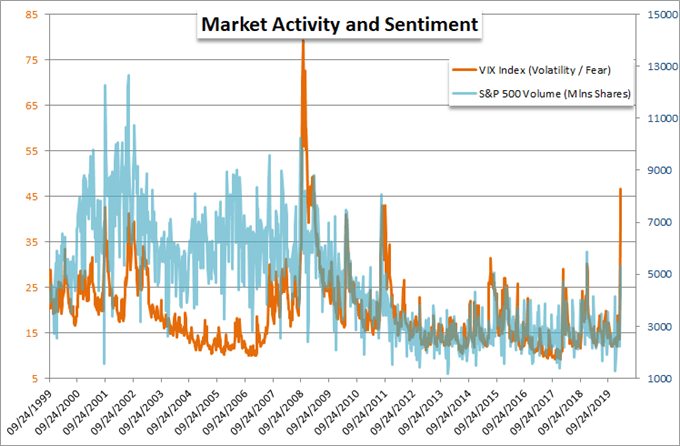 Another consideration for activity through Thursday is the dense run of scheduled event risk on tap. The data starts in the Asia session with the RBA’s financial stability report and Japan’s consumer confidence survey. Europe is topped by the UK’s GDP update, but the reading is for February, so it is unlikely to really register among forward-looking traders if the data is particularly poor. It is the North American data run that interests me the most. From the US, the University of Michigan consumer sentiment survey is of particular interest as it covers up to the current month – practically inclusive of the fireworks in the second half of March – and the Fed Chair Jerome Powell’s remarks delivered via webcast. 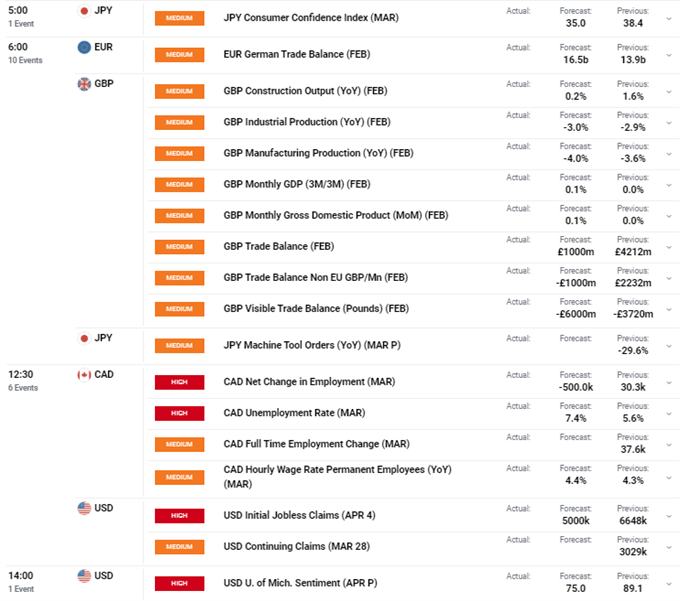 Pay Particular Attention to Oil and the Loonie

Of particular interest outside the systemic recession and stimulus interest and the weighted US event risk through this upcoming session, I will pay particular attention to oil and the Canadian Dollar. For the commodity, we are heading into a very important OPEC+ meeting which was a gathering that was delayed from the start of the week owing to infighting and was subsequently suggested not to include two important petroleum producers (US and Canada). The upcoming meeting is supposedly hosting most of the relevant parties and there is reportedly significant pressure coming to bear for some of the hold outs (US Congressmen and women on Saudi Arabia). Watch this growth-risk measure closely for both a signal of economic health and its potential for generating problems for the fragile leveraged financing market. 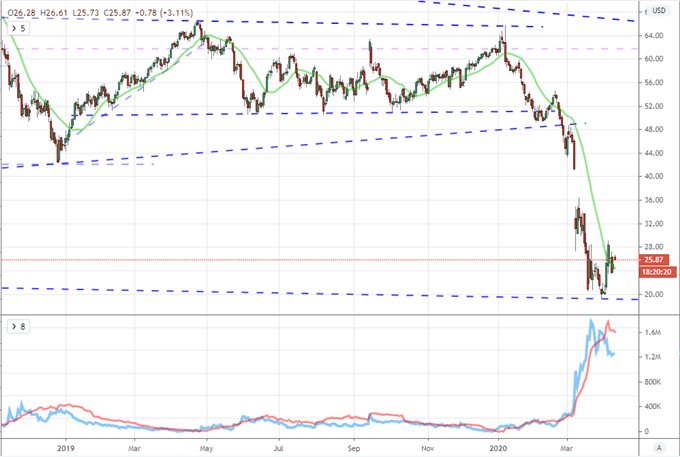 Another fundamentally-targeted area of the global market will be the Canadian Dollar. The Loonie is facing its March employment figures. This figure has shown remarkably – if short-lived – volatility impact in previous updates, so it is reasonable to expect at least the same at this update. The difference now is that the recent reading is anticipated to be particularly poor owing to the coronavirus impact. The real question in my mind: is how much has been priced in thus far? 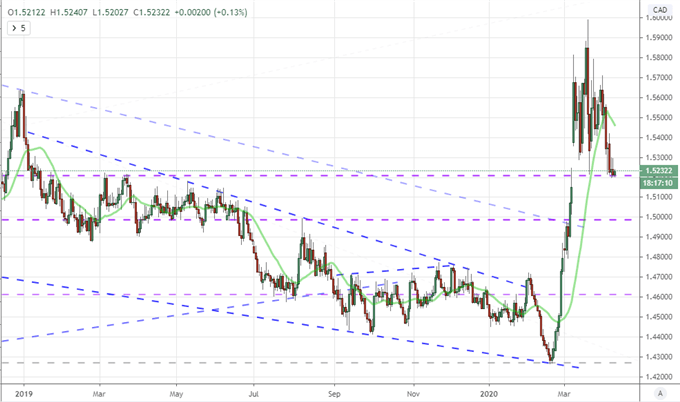