Rarely do markets move in a single direction without break for any extended period. Inevitably, there are breathers. The question is whether that break is a temporary reprieve or perhaps the ‘green shoots’ of a new trend. That is the question on many minds after the performance by the capital markets this past session. The US indices lead the risk landscape with a rebound registering as a 6 percent advance for the S&P 500 for symbolic heft. While that wouldn’t retrace all the losses of Monday’s historic tumble, it matched the volatility sufficiently to raise enough doubt over a default assumption that fear will run roughshod over the effort. Looking into the intraday performance, some may be feel the reticence in establishing a ‘V-bottom’ is evidence that it is a false dawn. However, such abrupt turns are frequently short-lived and lead to ultimate restoration of prevailing bear winds. In contrast, stabilization can build a foundation that recoveries can develop upon. 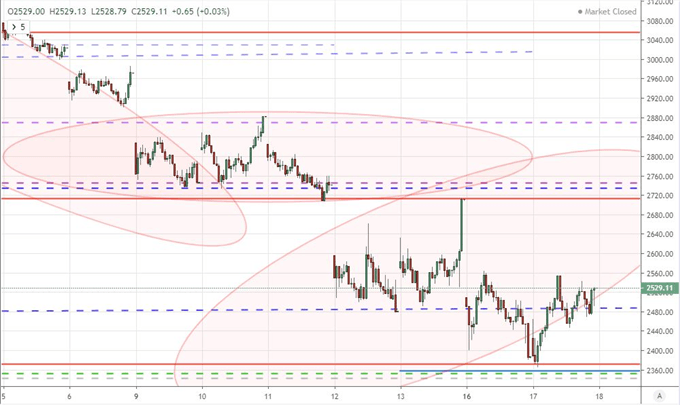 Setting aside the trouble confronting the global economy and financial systems as well as the efforts being taken to waylay their retreat, consider the position of the same benchmark. The S&P 500 reversed from record high to technical bear market in record time over the past month, but it is still significantly short of the more substantial retrenchments of the past. The two financial crises of the current century (hosting recessions as well) played out over 22 months and -50 percent through 2002 compared to 17 months and -58 percent through 2009. The closest comparison to our present pacing is the 1987 crash which unfolded over 3 months and had a -36 percent retreat. That brevity would be difficult to replicate, but officials are mounting a significant effort. 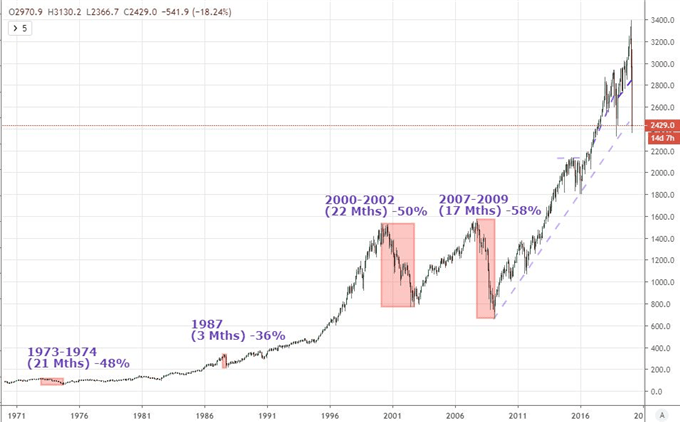 New Efforts to Stabilize the Economy and Financial System

It seems that we are made aware of new efforts to steady – if not rally – the global markets and economy on a daily basis. This past session, the news around market liquidity received yet another boost from the Federal Reserve. The New York branch announced that they would be boosting the overnight repos to a $500 billion max to be auctioned around 1:30 PM EST every day. What was more interesting was the restart of the commercial paper facility used back during the Great Financial Crisis to get funds to businesses and consumers frozen out of the market. More controversial was Italy’s announcement of a 90 day ban on short-selling shares and a more extreme discussion among business leaders with the new BOE Governor about shutting down markets temporarily .These efforts would certainly lead to liquidity changes, but not all of it would lead to effective much less desirable effects.

Chart of EURGBP with 20-Day Rate of Change (Daily) 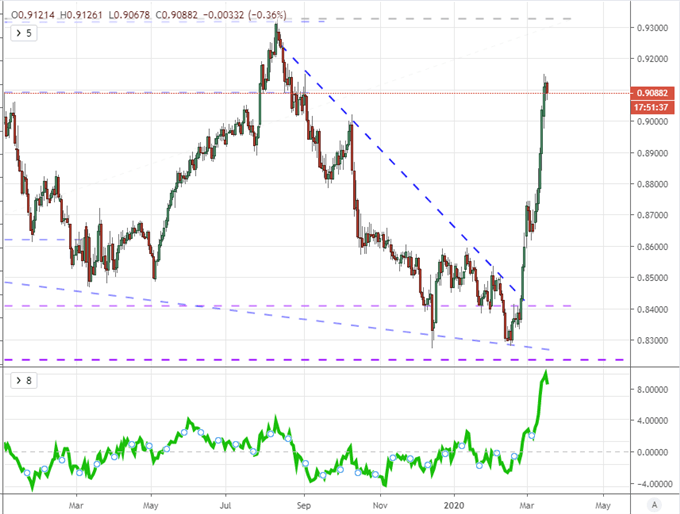 On the economic side, the stimulus new from the G20 continues to come out in size and frequency. Tuesday morning, it seemed the prevailing discussion for a $850 billion program aimed at combating the coronavirus, but that figure rose to $1 to $1.2 trillion being discussed by the White House by the end of the day. The administration is apparently discussing the feasibility of sending an average $1000 check to each American to offset the economic impact of closed businesses and forced unemployment. Elsewhere, the figures rose even higher (at least in GDP terms). In the UK a 330 billion Pound fiscal plan was announced that would equate to about 15 percent of GDP. Spain was ready for 200 billion in spending itself. Italy and German Chancellor Merkel were talking debt issuance plans. And in Asia, Japan and the BOJ were scheduled to meet on further support to bolster their stimulus upgrade earlier this year. 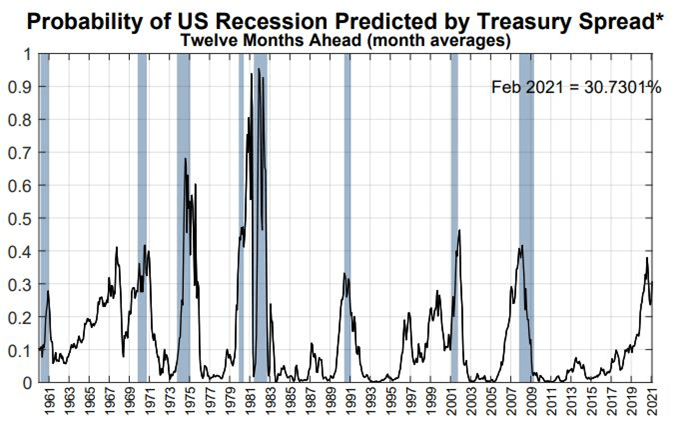 My top concern moving forward, is not technical levels on key charts or event risk on the docket. The systemic health of the financial system, including liquidity, represents the arbiter of market bearings. While we had a rebound on Tuesday in a range of assets, the activity readings remain dangerously high to keep uncertainty as the principal measure of market health. Even though the VIX eased off, we are just off a record high and realized volatility is still pushing the boundaries. Other assets have seen their own implied fear measures waver with a few deep corrections – as in emerging markets – but crude oil’s activity reading can add some color the fundamental implications. 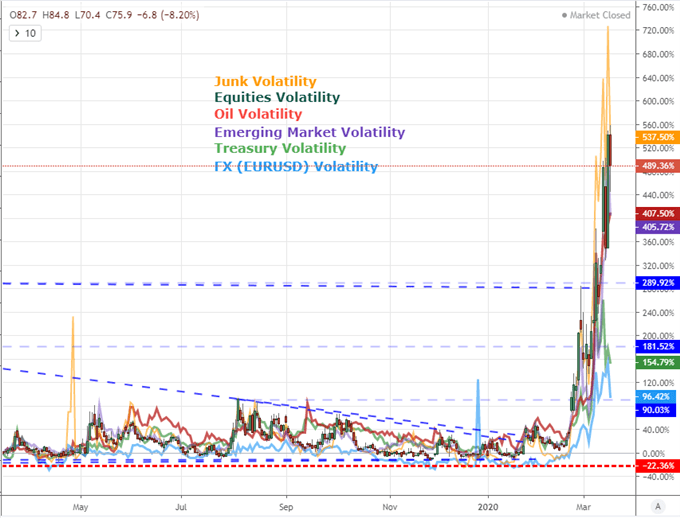