The Fed Ups the Ante But Fails to Steady Markets

Before the markets opened for Trade Monday in Tokyo, the Federal Reserve further escalated its firefighting efforts of the previous weeks by announcing a further 100 basis point rate cut to its benchmark range (now at 0.00 to 0.25 percent). It had further announced an additional $700 billion in planned asset purchases - $500 billion in Treasuries and $200 billion in mortgage-backed securities. And, showing its efforts to coordinate for further impact, the US central bank said it was working with major counterparts – ECB, BOJ, BOE, BOC, SNB – to bolster Dollar swap line. That is an exceptional move and one that was likely intended when the G7 meeting a few weeks ago measured out next steps should sentiment not level out. Yet, this move did not seem to break the storm…at least not yet.

Poll of Confidence in Fed and Other Central Bank Stimulus Efforts 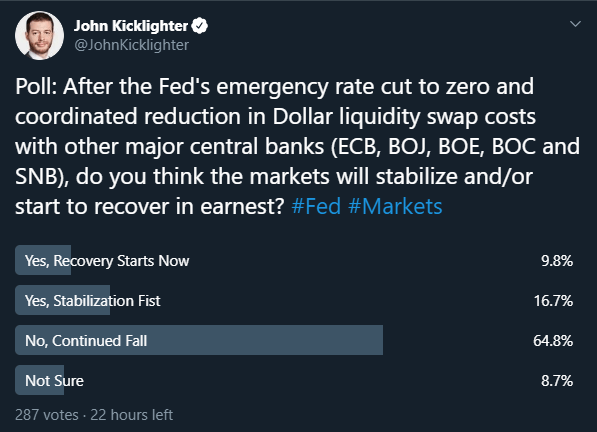 Before the US session opened, futures markets experienced a limit down move which prevented further movement until exchange trading began. After the adjustment on the open, a modest effort at recovery took over through the late morning and early afternoon. However, the peak of the rebound never came close to cresting the initial gap lower, and the panic urge set in again later in the day heading into the next drain for liquidity. Ultimately, the US equity market suffered one of its worst days on record. From the S&P 500, the nearly 12 percent drop was severe, but the Dow’s near 13 percent collapse was the second largest on record – behind the 1987 single-day implosion that hit the trading limit. While severe, this pace can naturally last for only so long. ‘When’ is obviously the most important question on most traders’ minds but timing the end of panic is rarely a fruitful venture. It is better to wait for conditions to dictate a turn with confidence that majors your particular risk tolerance.

Chart of Dow with 1-Day Rate of Change (Daily) 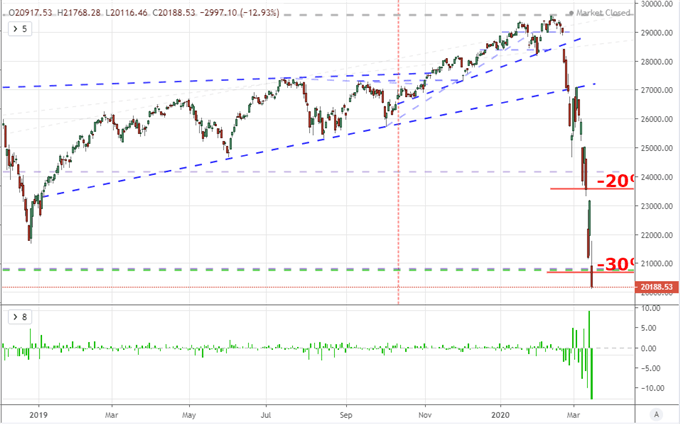 The broad easing in monetary policy seems a necessary step to restore calm in these panicked markets. Just a few weeks ago, the Fed was the only major player making efforts to bolster capital market and financial sentiment with a 50 basis point cut outside of its normal schedule. With the 100 basis point cut to start this week, the broad reduction across major counterparts recently and even the RBNZ 75bp cut Monday morning, it seemed clear that coordination was taking a material step forward. That would be necessary if the ideas was to raise the effort beyond individual moves by particularly large players. This effort may not have issued calm in the financial system just yet as demand for overnight and short-term lending continues to balloon, but it will eventually contribute to finding that balance. 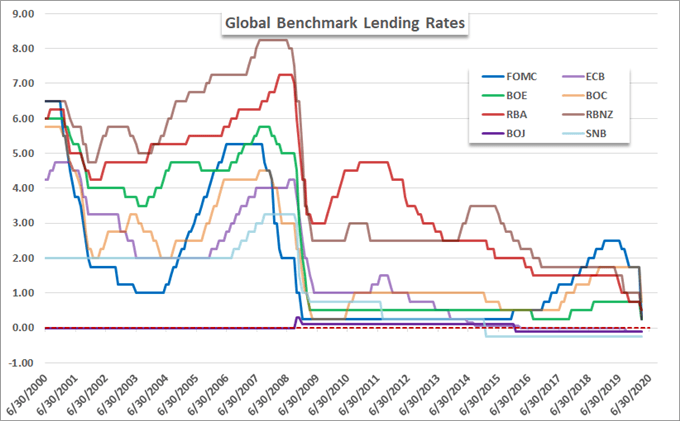 What is truly remarkable about the coordination currently on display is that they effort is stretching beyond the already-collaborative central banks. Though it may not have been a perfectly timed effort, we are seeing the world’s largest countries commit to action together. The G7 issued a statement signaling they were prepared to do anything necessary to coordinate a response to the global blight to restore confidence in growth, jobs and the financial system. The US government is supposedly willing to move forward with over $300 billion but a program more on the order of $750 billion could be in the offing. The most impressive move however was made by French President Emmanuel Macron who announced suspension of gas, water and electric bills along with rent. He vowed that no business would fail during this period of uncertainty. 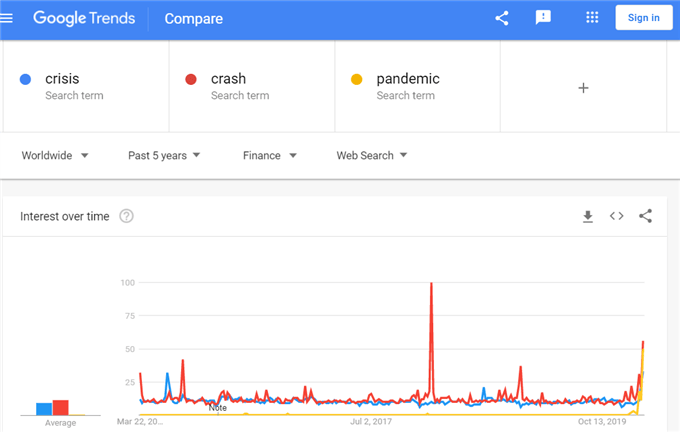 As we move forward, there is plenty on the economic docket to keep track of, but we should prioritize what the hierarchy of concern will be. Technical levels carry significantly less influence for me until momentum has abated. Trendlines and previous lows are going to matter very little should there be greater traction for selling pressure when it arises. Traditional fundamentals doesn’t stand much better a chance of changing perspectives. While the data and scheduled speeches do represent important milestone, throttling a panic response is not easily achieved by one favorable economic turn – even an important one. First, it will be important to monitor volatility. The VIX implied volatility index for US equities to its highest close on record this past session. That alone is worrying, but the volatility of volatility has also surged to unprecedented heights, and that is more readily a self-balancing consideration. 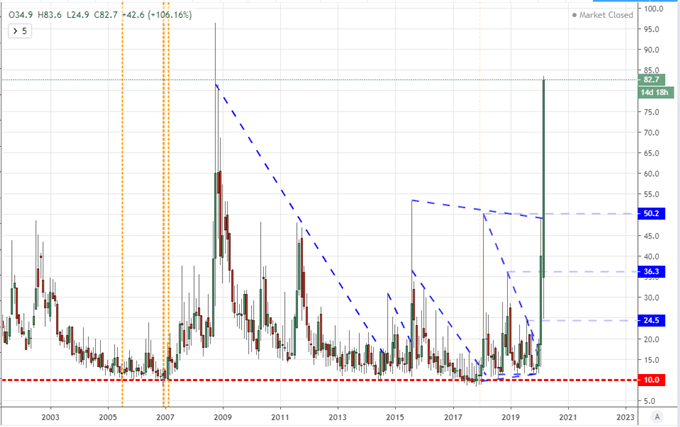 Something more systemic to volatility and compounding panic is the status of liquidity. It isn’t easy to measure the depth of the market other than indirect measures of activity. However, there are some certain areas of the financial system that serve as baseline versus others. Fed repo lines are one such area of critical measures – though they can be difficult to monitor. Further upstream, we have the US government bond market and then more traditional risk assets.