One of the most impressive performances in the open market this past week – and month – has been the US Dollar’s climb to multi-year highs. On a trade-weighted basis, the Greenback extended a more-than 2.5 percent climb to overtake last October’s high and trade at altitudes not seen since May 2017. Just as if we were to refer to a particular pair and potentially mistake a cross-currency influence for an innate driver, looking to the DXY can distort our view as it assigns its greatest weight to EURUSD. Yet, the advance could be seen across the board and in the equally-weighted measure that I like to keep tabs on. This in turn raises the question as to what has been driving the currency forward – and what in turn dealt the short-term blow through Friday. Risk trends gained a little more traction but the Dollar was wasn’t showing proportional deference to that matter before. Rate forecasts have similarly eased for the Fed, but here too it doesn’t align. One standout was the divergent underperformance of the US service sector activity report from Markit. Perhaps relative growth does matter? 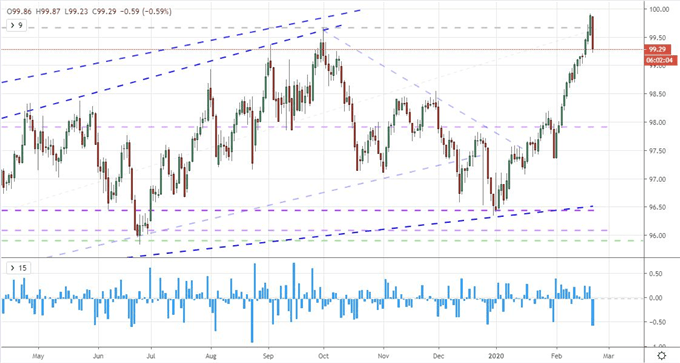 This broader USD move earned impressive technical milestones from a range of the so-called ‘majors’. It will be worth watching these pairs to see whether their progress is reversed and whether others can actually overcome their critical milestones. From those that have already overtaken their respective Dollar resistance, interaction with the former boundary will offer insight into progress. EURUSD was perhaps the most noteworthy of the early breaks and its former two-and-a-half year low at 1.0875 is now immediate resistance. USDJPY cleared a multi-year wedge resistance at 110 – though the midpoint to the past six years’ range at 112.30 could create a channel which traders will contend. AUDUSD has one of the most extreme leans having dropped 0.6670 to wade into lows last seen in early 2009. Meanwhile, other Dollar pairings have not anchored their own technical run. GBPUSD is a good example with an exaggerated head-and-shoulders pattern hosting its neckline around 1.2875. 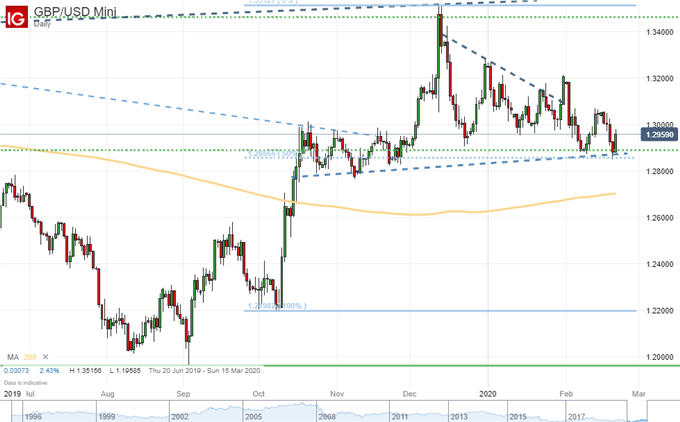 US Indices Waver but Risk Trends Were Already Uneven

Meanwhile, a more broadly based course of risk-leaning assets has drawn scrutiny with a slip to end this past week – but should we be as bullish on speculative intent as what we are seeing from the ideally-positioned US indices? The S&P 500 dropped below 3,340 through Friday in the first consecutive drop (back-to-back) since January 26/27. That doesn’t even bring us to the bottom of the rising channel of the past five months. The Dow offered a more noteworthy support which falter at 29,000 though it doesn’t seem a tipping point while the Nasdaq’s 1.9 percent tumble is impressive in percentage terms without changing any technical terms. 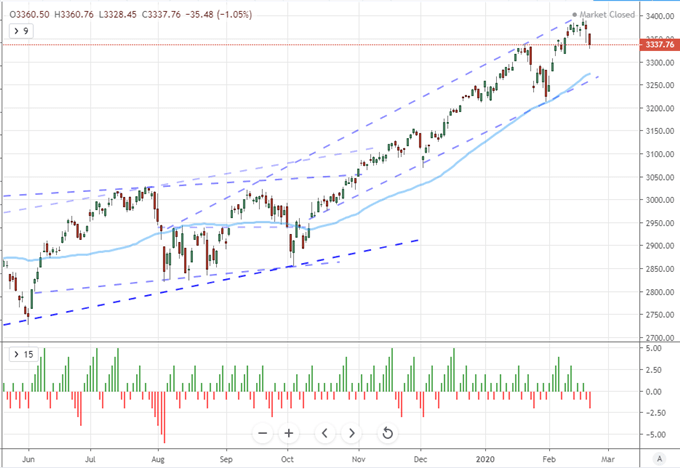 Where there is room for speculative ambiguity among the US indices, the majority of the other ‘risk’ assets that I keep track of are not even in the vicinity of their respective multi-year (much less record) highs and still eased back through Friday. Outside the ‘rest of world’ VEU ETF, the German DAX and Australian ASX 200 posted steep retreat to close the week. Emerging markets, junk bonds and even the ‘discounted’ Yen-based carry trades were losing traction. 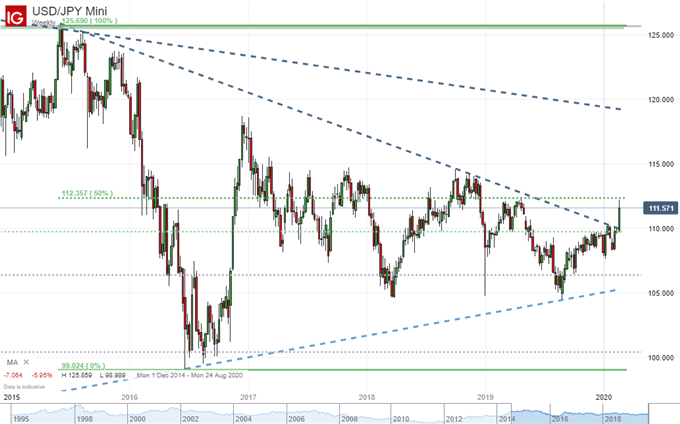 To close out this past week, there was a fundamental charge to be found in the health of the global economy as measured by the February PMIs. Asia presented a troubled picture with the Australian and Japanese measures dropping unexpectedly with a tumble below the growth/contraction level marked by 50. Europe on the other hand offered a glimmer of hope with German, Eurozone and UK composite figures jumping from the previous month – and the UK’s manufacturing figure returning to expansion after the Brexit swoon. The US, however, was the most troubling reading on my radar with the service sector-based reading unexpectedly dropping to 49.4 – the first contraction for the principal sector in the world’s largest economy in four years. Has the anchor of expansion come loose?

Chart of Monthly Composite PMI and Quarterly US GDP 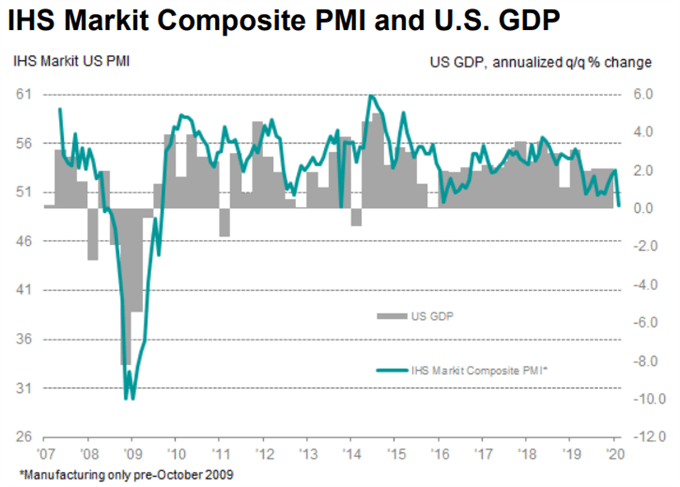 Looking out over the coming week, there are more than a few high-profile indicators and events to keep track of, but very few of them could be reasonably expected to carry market-wide sentiment single-handedly. That said, the coronavirus may provide a serious attempt once again. We have seen the sway of headlines through purely speculative means taper this past week. On the other hand, the economic warnings issued by the authorities across the board may unnerve markets more than the number of headlines reporting the spread of the virus. If investors start to get a collective whiff of economic vulnerability, serious updates of risk ahead could prove a catalyst. Over the weekend, the G20 finance ministers and central bank governors are expected to discuss expansion and the impact the global health crisis poses. If it is particularly desirable, weak market standing could compound the picture.