It was difficult to miss the throttle in speculative intent to start the week which seemed to by-product of the anticipated absence of US liquidity associated to the holiday. With the speculative rank fully topped off this past session, the influence on risk trends seemed to be back in play. Yet, deeper liquidity would not translate into more prominent bullish performance. Many of the benchmarks that I like to refer to as standard bearers for key asset classes opened Tuesday with a gap lower with little progress to be found after the unfavorable start. Some may be surprised by that lack of buoyancy if they were to take the exceptional charge by the Shanghai Composite Monday to be a sign as to what the rest of the market had to look forward. Yet, the lack of conformity to that Chinese equity index performance from USDCNH and AUDUSD – which are related to the region and its virus troubles just further outside the sphere of officials’ influence – offered some reason to be skeptical. 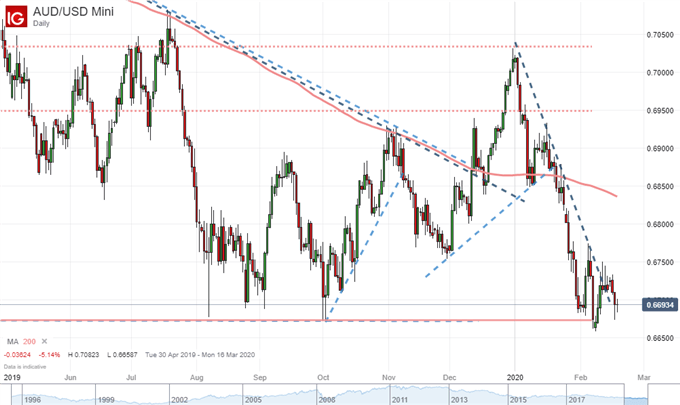 The principal theme on my watch list remains the concern surrounding the coronavirus. However, the attention is seemingly less dependent on the intangible reference to a scale of fear drawn from the attention in the headlines and more directly associated to the progressive signs of a meaningful economic toll accounted for in strict data and warnings. Japan’s poor 4Q GDP reading was interpreted as a poor starting point for a more burdened 1Q trade backdrop while the RBA minutes made explicit mention of the risk to this external risk. Apple shares dropped on the firm’s own warning that the global contagion would negatively effect business and its financial position. These readings will continue to build, but the more direct updates are likely to hold out for Friday’s global February PMIs, though a smattering of sentiment surveys could reflect on this challenge.

Chart of Apple with the Dow Jones Industrial Average (Daily) 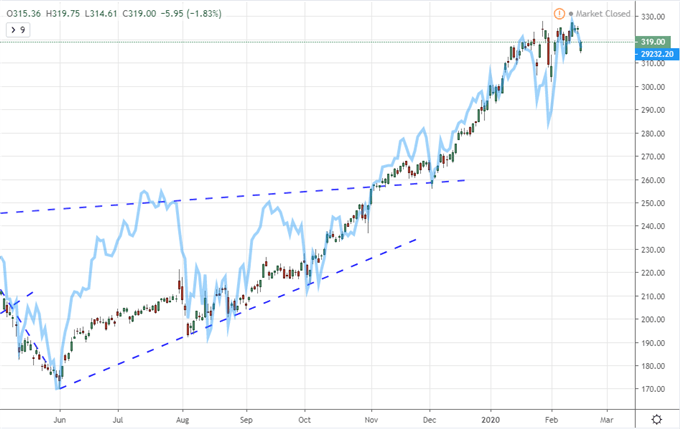 With risk trends short-circuiting another attempt at establishing a head of steam, I was once again on the search for markets deviating from the chop with a more decisive drive. The US Dollar is making a more pronounced divergence. The trade-weighted DXY Dollar Index charged higher Tuesday to extend a 2.1 percent rally over an 11-trading session span. That has pushed this closely watched measure to its highest close since March 2017. That milestone is familiar as EURUSD earned a similar historical milestone having broke the October swing low last week. There is a measured Dollar contribution to the charge as an equally-weighted index shows similar lift – though not to the extent of the DXY. Then again, the Euro’s own stumble this past week seems to be a compounding factor for the benchmark exchange rate. 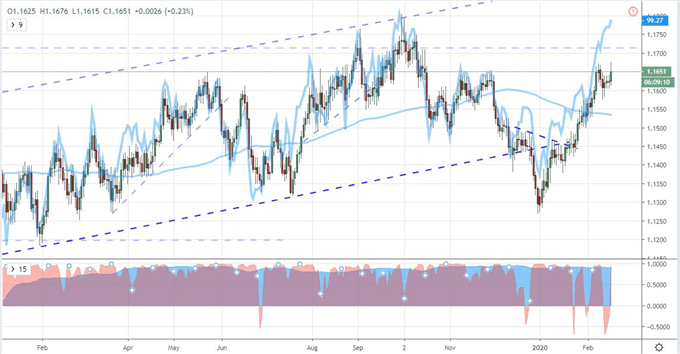 What is driving the Dollar higher? There seems to be healthy attribution in financial headlines and in trading discussions to both the currency’s haven appeal and a sense of relative economic advantage. The data for that latter designation is relatively thin – even if we were marking the contrast through weakening counterparts rather than direct growth from the US. As for the Greenback’s safety appeal, there is still the sticking point of risk-leaning pace setters like global indices outperforming. This brings up a particularly unique situation in my book. Despite both the Dollar doing well and an apparent buoyancy in risk assets, USDJPY which touches on both considerations refuses to break a multi-year wedge. Perhaps the bullishness on either or both theme is not as robust as it projects at first blush. 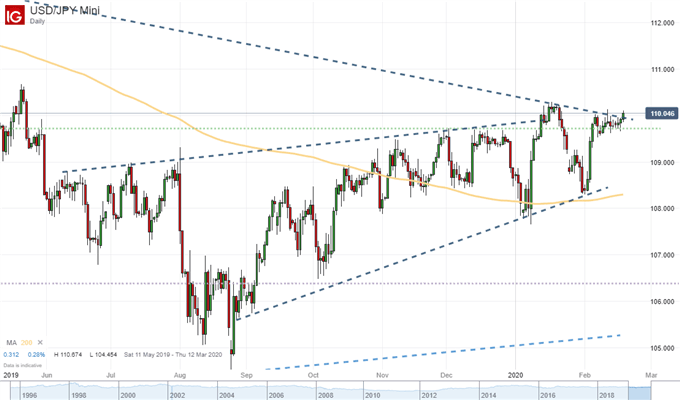 Looking ahead to Wednesday’s session, the tempo for some of the FX market’s most liquid currencies makes for a receptive stage for high level event risk. That doesn’t guarantee greater volatility however. If were to take a superficial assessment of market impact through number of viable releases, the Dollar would be top of the pack. The FOMC minutes is perhaps top listing, but it was likely too early to truly account for the coronavirus impact at that point. A host of Fed speakers could offer more novel and timely takes on various aspects of the economy and financial system. And, if there is room to weigh in on rate forecasting, the producer inflation report (PPI) can offer some insight on upstream pressures.

This past session, the Euro offered up a few high-level surprises. The Eurozone and German investor sentiment surveys from ZEW for the current month reported a sharp decline from the previous month and significant miss against expectations. The progress on the Euro though was not a straight reflection. A regional current account report will not register the same attention with German consumer sentiment on Wednesday tapping into country and regional concerns. Then there are the ongoing European leaders’ and ministers’ meetings going on. While EU affairs are under consideration, there is also the question of negotiation trade with the UK. That situation does not seem to be on firm footing with the EU 27 sticking to a confrontational position that has earned a ‘level playing field’ association. Watch both the Euro and Sterling through these times of possible landmine headlines. 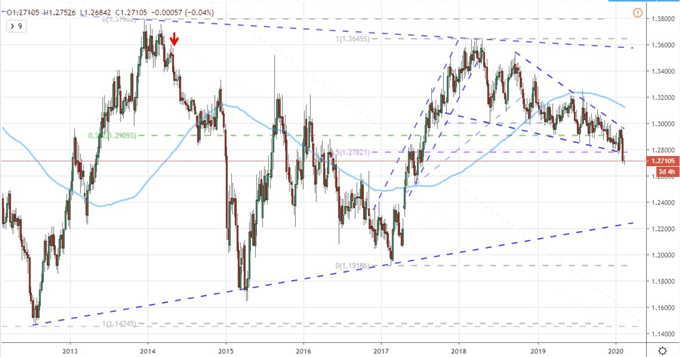