Global market conditions Monday were notably reserved with temperate levels of volatility that matched the tepid levels of liquidity on hand. This was the expected pace for the opening session of the week, not due to a lack of fundamental import or technical progress achieved; but owing to the scheduled absence of a large financial outlet: the US. While the United States is not the arbiter of speculative conviction, its participation or absence can have a serious impact on whether a bullish or bearish run can get a foothold. That charge was absent for much the world whether the reference as global equities, emerging markets, carry or other standard bearers for sentiment. That said, not all was quiet in the wait for New York to come back on line.

While there were a few notable movements in very specific areas of the global financial system, the most noteworthy on my radar was the rally in Chinese equities. The Shanghai Composite charged higher Monday to ‘close the window’ on massive bearish gap opened by the index after it had reopened from its extended holiday weekend. On the one hand, the headlines around the coronavirus have shown little improvement in the human or economic toll suffered from the contagion, but the financial media coverage has slackened modestly. It seems that the sliver of relief opened the market to register the charged efforts by the Chinese authorities to offer support. Monday brought a 200 billion Yuan infusion of liquidity into China’s financial system and another 100 billion Yuan in reverse repos. Further, it was suggested that the government is considering a tax cut to ease economic burden. Yet, as much as this seems to have warmed the local equity market, it did not offer strength to the Chinese Yuan or AUDUSD, much less the risk assets further afield.

Chart of Shanghai Composite Overlaid with an Inverted USDCNH (Daily) 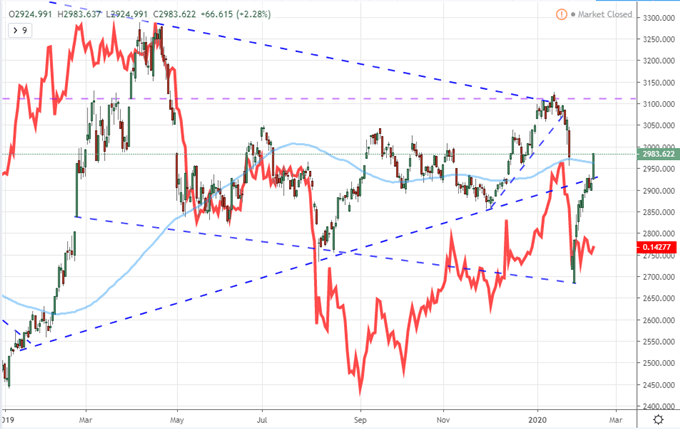 As far as traditional themes go, concern over global growth was perhaps the most prominent traditional showing. Beyond trying to affix a clear bead on China’s trajectory, there was a tangible run of Asian economic figures to peruse Monday. Singapore and Thailand produced throttled 4Q GDP updates – 0.6 and 1.6 percent growth respectively – but it was the downgrade to forecasts for both that was most prominent. In terms of sheer global representation, the German and Japanese updates were chief. The Bundesbank (Germany’s central bank) warned that it did not expect a significant recovery in 2002 for its troubled health. Against the backdrop of the Eurogroup summit, that may encourage softening on austerity around financial stimulus from the same key player. As for Japan’s 4Q GDP update, the -6.3 percent annualized retrenchment was unmistakably painful. The worst contraction since 2014 doesn’t even account for coronavirus that has so captured our attention of late. Notably, the Yen did not go into freefall (USDJPY and other crosses rally) on the release. Once again, this suggests sentiment trends override traditional economic interpretation for this currency. 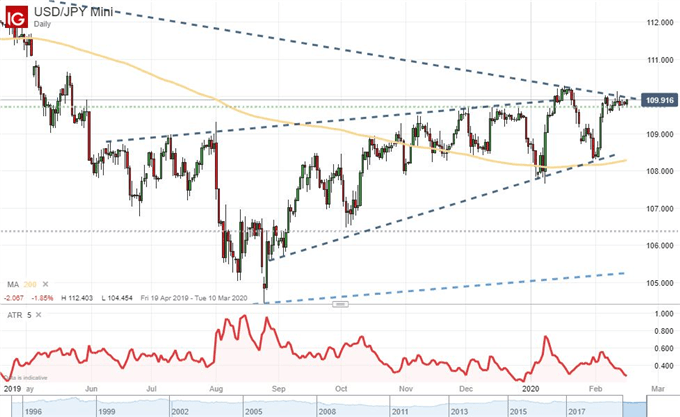 Outside of scheduled event risk, the most impressive currency pair on my list continues to be EURUSD. Just a few weeks ago, the benchmark currency pair was tracing out its most restrictive environment on record – the 20-week average true range (ATR) diving to unprecedented levels. The tempo registered through the past week is therefore even more remarkable. Following a tabulation of the number of daily declines in a rolling period of 10 trading sessions (two weeks), we have hit 9 sessions – which is a rare enough event historically. That does not necessitate a bottom, but the past two instances of this statistic did see the pair pull out of bearish legs. 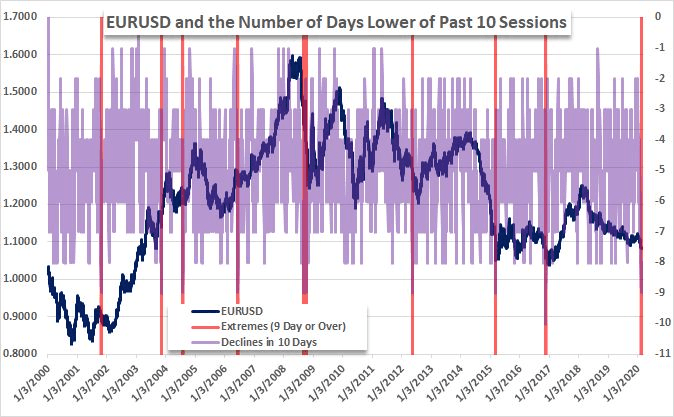 While conviction is still a question of serious debate, EURUSD is nevertheless last seen back in May 2017 following conditions that have defined the lull in historical activity. That in itself commands attention from the speculative rank. For some, the new lows represents a ‘break’ that will open up to prevailing winds. For that crowd, justification in the disparate monetary policy courses, the relative economic struggle for Europe and threat of Washington turning up the heat on Brussels can fuel bearish perspective. On the opposite end of speculative spectrum, the views tend to be more technical in nature. New lows register as a stretch for the crowd to snap back with the COT positioning and retail FX measures reflecting this familiar contrarian view. Personally, I still see conviction as difficult to muster one way or the other. A technical milestone was breached but the market has not treated such levels as sacrosanct recently. So I will not now unless momentum starts to genuinely show through. 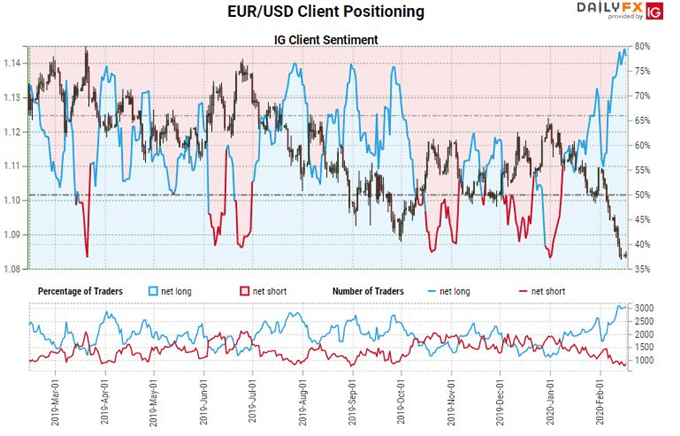