Sentiment seemed to have regained significant traction this past week up until Friday’s broad slip. The wavering in momentum was particularly noteworthy from US-based assets which could have more readily taken advantage of the strong NFP’s release – a figure well known for exciting bulls and bears when sentiment is tuned in and the data offers a line to follow. That crack of ambiguity left us with a question to start this week as to whether a lack of buoyancy on good news necessarily translated into a ‘risk off’ bias among the global rank.

Initially, it seemed that we were in for an unsteady start in global capital markets. There was a general gap lower on the open for regional benchmark through the Asian, European and US sessions. Then again, there didn’t seem to be a cliff that conviction careened over that would have incited momentum behind a selloff. When New York-based markets took over, the gear seemed to shift. Though the S&P 500 and Dow opened to the same drop on the open, the indices mustered a strong recovery through the active session. While the blue-chip index didn’t join, both the S&P 500 and Nasdaq returned to form with record highs. 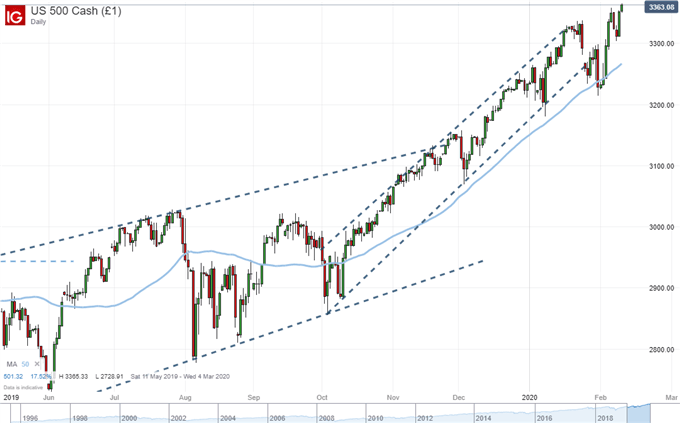 Just like a technical breakout, the occasion of a record high will draw considerable interest among market participants. When it is the benchmark US stock measures earning the headlines, there is a certain universal assumption afforded to the move. Yet, market conditions are proving stubbornly resistant to unchecked enthusiasm or fear. With the US indices so significantly off tempo with other areas of speculative performance – like emerging markets, carry, high yield, global shares – sentiment may be throttled before it ever gets a head of steam. 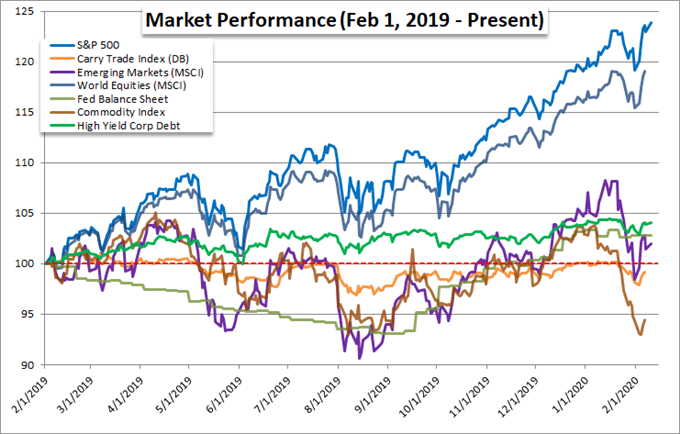 One contribution to the loss of what little traction in sentiment we had found these past few weeks was the slackening of weight around the interest in the coronavirus. The virulent contagion continues to spread with China reporting a growing number of cases and deaths, already overtaking the toll SARS carried; but the market’s pure sentiment response to the abstract financial risk seems to have eased. There is certainly an economic toll to be registered, and the further divergence in growth-oriented market measures like copper, oil and the US 10-year to 3-month Treasury yield spread signal the attention. But, as of yet, it is not a self-sustained cycle of fear. 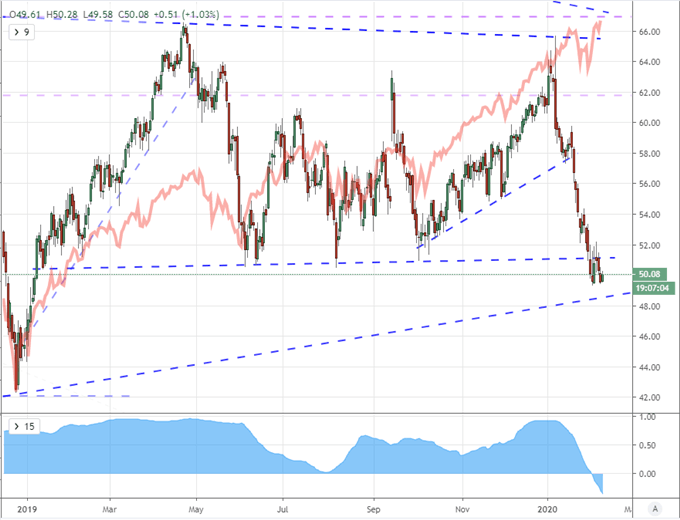 In the past week, there have been a range of references to the potential risk posed by the spread of a global virus, but two assessments are particularly relevant heading into Tuesday: that from the Federal Reserve and European Central Bank. As it happens, leaders of both groups, Chairman Jerome Powell and President Christine Lagarde respectively, are due to testify before their respective legislative authorities today. A change in monetary policy is unlikely. The greater risk of change likely rests with the Fed should its leader let slip that they intend to be more responsive to external risks. Instead, the bigger picture concern should be the undesired erosion in confidence around monetary policy’s effectiveness. With EURUSD charging a six-day drop, we find the most consistent slide since September but the fastest drop since April. So close to the lowest point for the benchmark currency pair sine May 2017, the benchmark for conviction for breakdown or reversal is rising quickly. 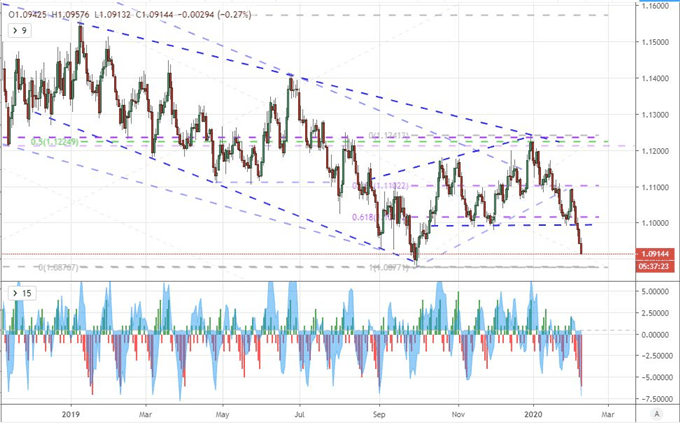 While there is plenty of charge in the big picture themes in the open market, my attention will also be on the high profile scheduled event risk ahead. While the testimony from the Fed and ECB leaders has considerable potency in the upcoming session, it will carry significant ambiguity in its diffused timeline and range of nuance. That isn’t the same circumstances for the event risk on the UK docket Tuesday. While the trade balance, industrial production and construction output are noteworthy; it likely falls well short of the anticipation centered upon the 4Q UK GDP update. How did the economy fair when the Brexit uncertainty was the highest and the cumulative impact of uncertainty the most profound? Watch the GBPUSD, EURGBP and GBPJPY through the update. 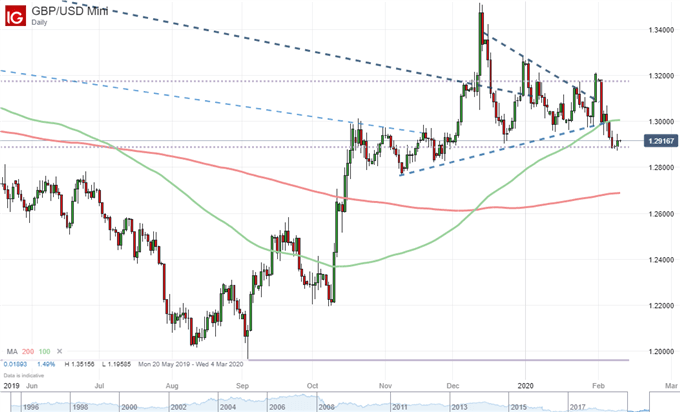 Another of the majors facing a particularly high-profile release just a little further out is the New Zealand Dollar. The ‘Kiwi’ will deal with the Reserve Bank of New Zealand (RBNZ) rate decision. The group is expected to hold the benchmark unchanged early Wednesday morning at 1.00 percent, but the pressure on the local economy, spill over from China and external pressure of the coronavirus may urge the group to signal dovish intention that has been far more common amongst the world’s policy setter this past year. Status quo is unlikely to buoy the currency but a dovish take can certainly add new pressure. 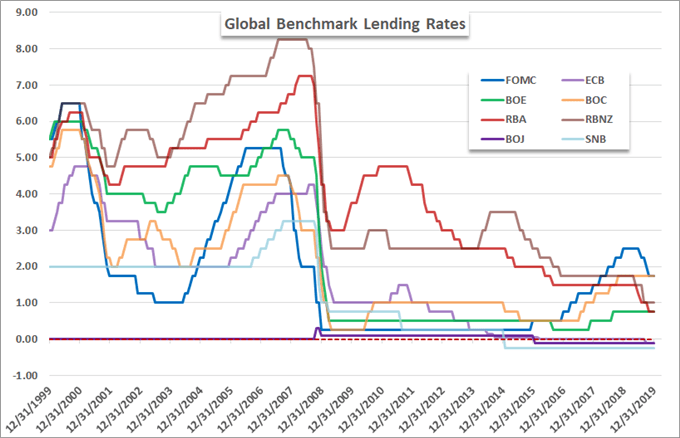