EURUSD Breaks a Three-Month Channel, Euro Itself at a Two-and-a-Half Year Low

A EURUSD break was inevitable given enough time, but seeing the pair slip support on a channel three-months in the making on the back of event risk – scheduled and unscheduled – offers a little more weight as to intent. For event risk, the European Central Bank (ECB) rate decision was the most recognizable catalyst on tap, largely because it was so prominently placed on the calendar. The group did not change its already extreme mix of accommodation (the negative yield and steady growth stimulus), but that didn’t seem to soothe the tentative bears. Nor does it look like the market is simply waking up to the fact that the European monetary policy group is perhaps the most dovish major central bank in the world. That would suggest that another, outside theme was adding pressure. I believe trade is adding its own marginal weight to the scene. Despite France’s decision to pause the digital tax on large tech firms and avert direct US retaliation, language from European officials since has registered a tone of determination and conflict. President Trump’s clearly stated interest to render trade capitulation from the EU frames that tension. 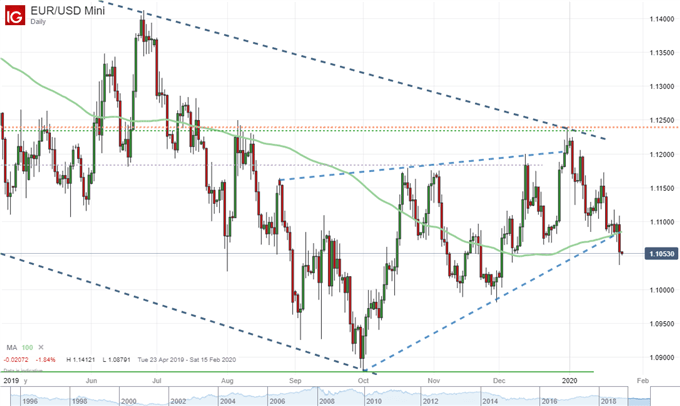 For EURUSD, the drop below 1.1100 is a ‘path of least resistance’ resolution to a still-substantial range, so it doesn’t exactly prompt expectations of a full-tilt tumble just warming its engines. However, looking at the Euro’s performance across the broader market, there is certainly more than just short-term technical cues at risk. In fact, the equally-weighted index that I look at of the major Euro crosses extended its drop Thursday to close at its lowest level since July 2017. This borrows from the short-term pressure on the likes of EURUSD or EURJPY but it also exploits the depths of a pair like EURCHF. If this currency – or even EURUSD – start moving in earnest, its weight could lead to a more systemic volatility across the FX market. 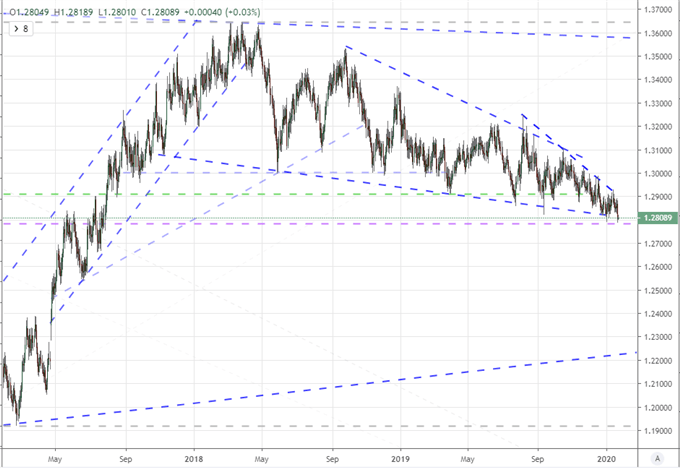 In the context of general market performance, there was another nudge of volatility. This wasn’t just a wobble for a particular benchmark of ‘risk’ but rather a broad opening swoon. Thursday opened to a gap lower for US and global equities, emerging markets assets, junk bonds and more. It is that correlation that suggests this was more of a ‘risk’ move rather than an isolated event risk that would have otherwise had a more focused impact. Through the end of this past session, however, there was a recovery of lost ground for some of the measures. Once again using the momentum-laden S&P 500 and US indices as a milestone, there was a preference for the established trend markets and decidedly less appetite to ‘buy the dip’ for more unanchored markets. 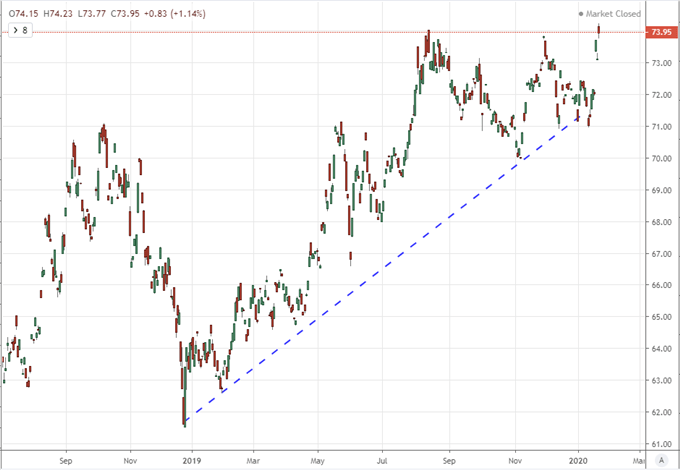 For more targeted brand of volatility, there were some particularly noteworthy volatility events that earned some significant activity in the FX market. The Australian had two opportunities Thursday morning to Friday morning – and they were on the opposite end of the spectrum. The jobs figures and consumer inflation report both climbed more than expected to theoretically pad bulls’ views, but the Aussie Dollar did not advance in response. Perhaps the anticipation of this morning’s January PMI release held traders back. If so, it was fortuitous that they waited as the composite PMI dropped from 49.6 to 48.6 (anything below 50 is contraction. A more tangibly market-moving result came after the New Zealand 4Q CPI which climbed to 1.9 percent. Though notably below the RBNZ’s target tolerance band of 2.0 to 3.0 percent, the Kiwi climbed across the board. The question now is follow through. That is far from easy to afford. 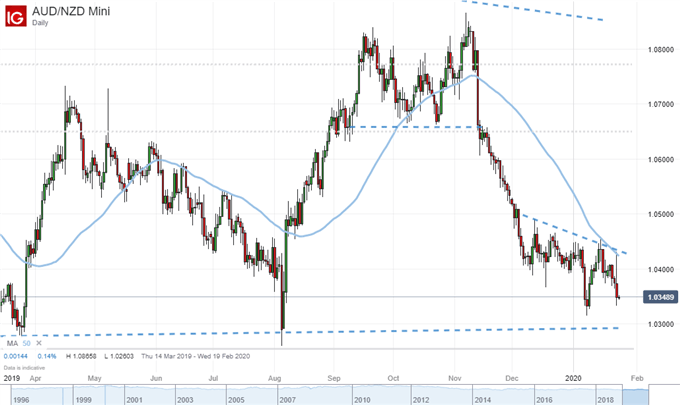 With the not-so-subtle remarks around trade relations coming out of Davos and anticipation for framework talk from the Fed next week, there are some important systemic fundamental themes to keep track of through immediate future. That said, it seems most likely that the health of the global economy is top of mind through Friday. In particular, given the stretch in risk trends – which is typically a reflection of enthusiasm over mundane elements of the backdrop like a strong economy – exposes us to greater potential impact from further disappointment that finally closes the gap between ‘value’ and speculative views on the markets. The January PMIs from Australia, Japan, Eurozone, UK and the US are due today. That is a comprehensive global overview. Given how economic performance is a traditional measure for confidence and it persistently has diverged from the performance of assets like the S&P 500, it is one not to simply overlook for the convenience of momentum founded temporarily on complacency.