Record Highs and a Transition in Trade War Focus

Yet another week passes with the pace-setting US benchmark indices stretching to a record high. The seemingly endless supply of enthusiasm for this asset class has regularly defied fundamental tripping points and a general market state that seems more aligned to congestion through liquidity and volatility. Contented bulls feel increasingly as if there is no reason to question the trip, frustrated active bears are tiring of speculative appetite 'defying logic', and the actively cautious like myself are growing wary of the constant vigilance. While the Dow and S&P 500 have extended their remarkably steadfast channels through the past three months, we have also seen volatility drop to potentially historical or practical limits. The VIX index hovering around 12 has technically been lower and can stay around these levels for an extended period, but volatility is ultimately mean reverting. The same goes for the FX volatility measure (from JPMorgan) which has slid to a record low this month.

Chart of S&P 500 and Inverted VIX in Green (Daily) 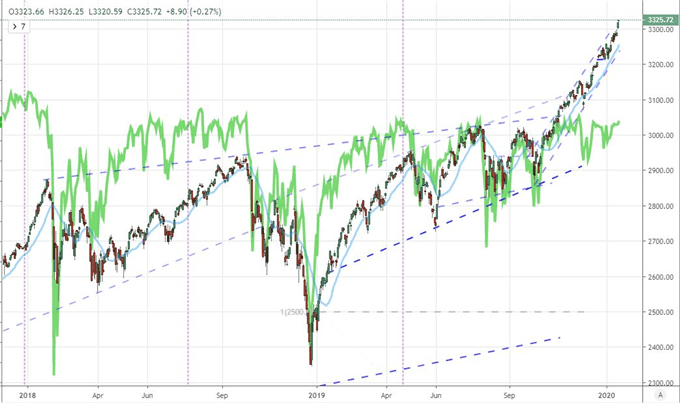 What is needed to revive volatility or at least boost liquidity - the former has a more traditional association to risk aversion while the latter is less directionally-inclined - is a systemically relevant theme to draw a wider swath of the market to a common view. Trade wars has been one of the most representative motivators this past year, while just in the past three months it has taken a more distinct bullish connotation. The Phase One trade deal between the US and China was an opportunity to provide some relief - for what modest discount there may have been in buoyant speculative markets. Yet, now that the two have signed off on the terms of the first stage and anticipation for the critical second leg is pushed many months forward, this matter will be more market relevant when there are surprises. That doesn't mean that all trade conditions are steady going forward. In the week ahead, we are going to face a different front on the global trade disputes - between the US and Europe. A self-imposed deadline of January 21st was given for the US and French authorities to find a compromise on the unresolved digital tax that the White House has threatened to retaliate with a $2.4 billion tariff - a move that would sharply escalate tensions between the two.

Chart of EURUSD with 50 and 100-Day Moving Averages (Daily) 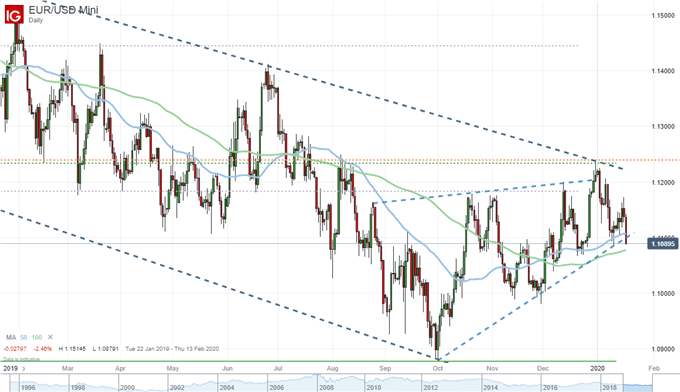 An Update to Global Growth Forecasts

A theme that has been throttled in recent weeks, but which will come back to the forefront through scheduled event risk this coming week, is the health of the global economy. There will be a run of key updates covering the entirety of this coming week. It starts on Monday when the US market is offline. The Martin Luther King Jr holiday will see US traders through a three-day weekend, and though this is an isolated holiday, the gap in global risk transmission will likely temper speculative intent. Nevertheless, the IMF's World Economic Outlook (WEO) will give a comprehensive forecast from a supranational group. The previous updates have not been encouraging. Through mid-week, a string of 'lesser' growth updates will give way to the march of the fourth quarter US earnings season. There is a wide range of corporate releases, but tech (Netflix) and consumer staples (Johnson & Johnson) are the most representative. Modest improvement will likely leave the market unmoved, while collective disappointment is yet another threat to the status quo.

Though not as comprehensive in its global scope, Friday's January PMI run is still very broad, timely and tangible economic data. There is a particular restraint to data issued in the final leg of liquidity of the week. That isn't to say it can't move the market. Rather, the hurdle to follow through is significantly higher given the market's recognition that a liquidity gap is forthcoming. This is truly a global run of data in the updates from Australia to Japan to Germany to Eurozone to UK to US. That said, I will place greater emphasis on the US update as the country's series has diverged from its global counterparts' slide these past months. Hold a bullish course and optimism-despite-signals will last, but flag and serious concerns will start to arise. 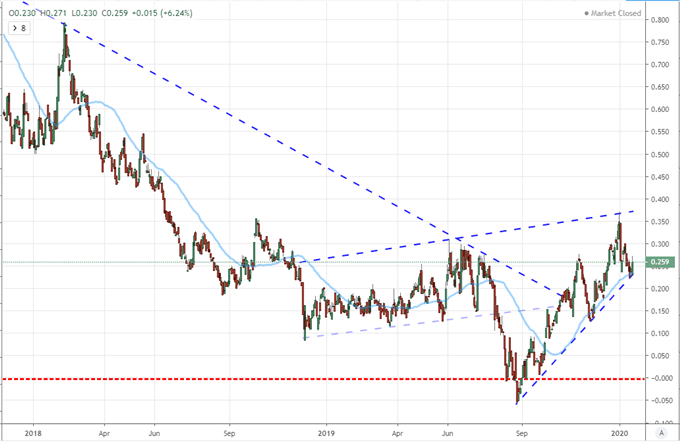 Monetary Policy's Ability to Shake EURUSD from Its Impenetrable Range

Rounding out the potential for the top three themes of the past years, monetary policy will be a tangible theme once again over the coming week. There are a host of important economic data and 'lesser' central bank rate decisions ahead, but I put the emphasis on the major policy groups. The Bank of Canada (BOC) ruling is likely considered the most benign update from a global macro perspective. Not only is the group expected to hold rates unchanged, but its policy bearings are among the least likely to carry a systemic implication. That said, sporting one of the highest yields among the major central banks may expose some unexpected vulnerability to the Loonie. 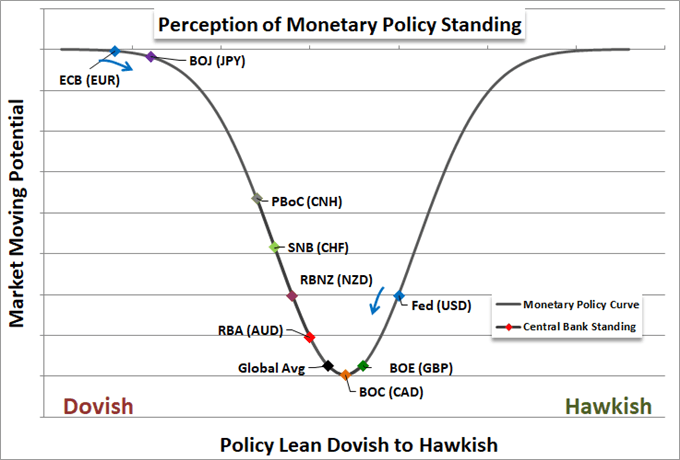 The real global macro impact is to come from the Bank of Japan (BOJ) and European Central Bank (ECB) rulings. The Asian central bank is due to give its decision sometime Tuesday morning in Tokyo. Though one of the most dovish major central banks overall, the market has traditionally downplayed the extreme policies of a near-zero rate and targeting a 10-year government bond yield when consideration asset purchases. However, with the raised scrutiny across the globe, a revisit to the trouble that Japan represents may be in order. For total reach, the monetary policy event with the further reach in my book will be the ECB decision. Though the group is unlikely to add or detract from its negative deposit rate and growing balance sheet, the question of whether such a policy mix is actually working is closer to the surface here than anywhere else. With a review of the central bank's framework on tap, it may be time for the world to take a more serious critique of this unintended speculative prop. 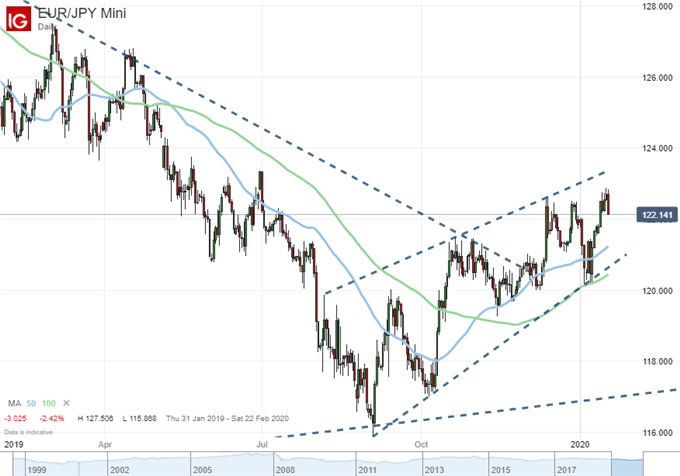