The Ink is Dry and Market's Don’t' Seem Impressed

The day has finally come. The United States and Chinese leaders (President Trump and Premier Liu He) signed the often-touted Phase One trade deal. This break in the steadily escalating trade war between the two countries has been floated in market participants' minds since it was suggested the two sides agreed to the idea of an armistice in principal back on October 10th. It took this long to actually have the details in place to put on the ceremony. It is reasonable to see the situation in that light from a traders' perspective. This event has been anticipated since mid-December when the negotiators mentioned a time line and generally since its first mentioned three months ago. There may have been some skepticism that the final stretch wouldn't be covered after nearly two years of steady escalation, but there wasn't much to reprice. Instead, the new elements were the particular terms of the deal. And, on that front, many big questions were left unanswered. 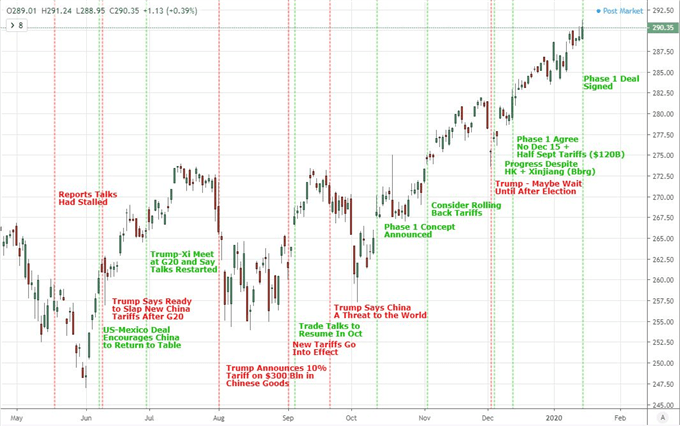 While it was suggested China has committed to large purchases of US goods ($200 billion) and the US already headed off its planned escalation on tariffs back in October and December, there are still significant open-ended questions to be addressed. Suggested protections of intellectual property still comes with issues of details, China's Huawei was still blacklisted and there remains approximately $360 billion in tariffs throttling the collective growth between these two economies - and their many partners as collateral damage. It has been suggested that Phase 2 which would tackle these larger issues, wouldn't take place until at least after the US election in November and even the start of negotiations is not set to a clear time table. It is little wonder then that a host of risk-based assets like global equities, emerging markets, carry trade and commodities were not as enthusiastic with the 'break through'. As I've suggested before, the point of no return to finding genuine further relief on this front may have already passed. If progress evaporates after the long-awaited breakthrough is in the books, it could start to eat away at complacency.

USDCNH and EURUSD Stand to Draw More Influence after Phase One

I remain dubious that there will be a renewed flush of optimism after this trade deal when it comes to traditional risk-leaning assets. That doesn't mean, however, that there is no market potential to be found through this important theme. One exchange rate that is particularly exposed to this development is the USDCNH exchange rate. The superficial interpretation of the situation would be that a breakthrough between the two countries prompts financial de-escalation which in turn leads to a reversal of two years of climb that eventually pushed the market above the critical 7.00-mark. In reality, during the steady escalation of tensions between the two countries, China ran out of line to retaliate against the US with a like-for-like tariff hike; so they resorted in part to an allowance of the exchange rate above that previously-insurmountable ceiling. Rather than a full commitment to collaborate, China is interested in keeping the peace. To do so, a pullback in the exchange rate to make material the White House's decision to reverse the 'currency manipulator' status and to keep the cold, critical scrutiny of the Trump administration away; they may actually encourage a decline in the rate. 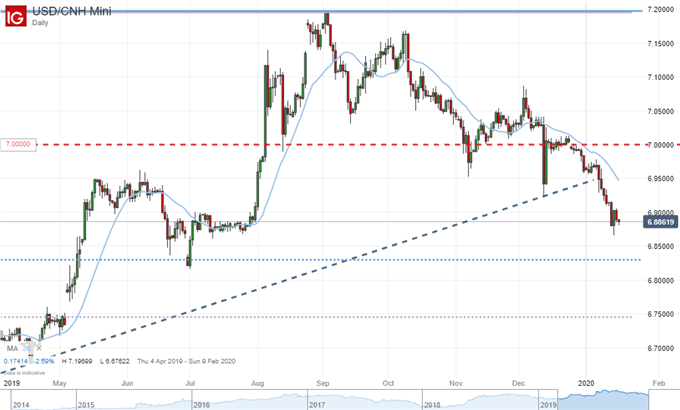 From an unnaturally influenced exchange rate to the world's most liquid pair with clear direction from open market forces, EURUSD may face its own pressure from this seemingly positive twist. As the White House sees the pressure ease with its largest individual competitor, there may very well be an opening to pursue its largest developed world counterpart with whom it is already engaged in an economic fight. Aside from the metals tariffs that were explored by in 2018, the US slapped broader import taxes on the EU after the WTO ruling greenlit the US pursuing recompensatory damages for Airbus subsidies to the tune of over $7 billion later last year. Further, the group determined the subsidies were not fully withdrawn which has raised the attention of US trade officials. France raised the stakes late last year when it slapped a digital tax on large tech companies to which the US government took offense and threatened to respond with a new $2.4 billion tariff. Consideration of escalation by the White House and a green light to compensate for Boeing are the next steps that could accelerate a dangerous fight with little warning. As such, I am watching EURUSD closely in the aftermath of this breakthrough. 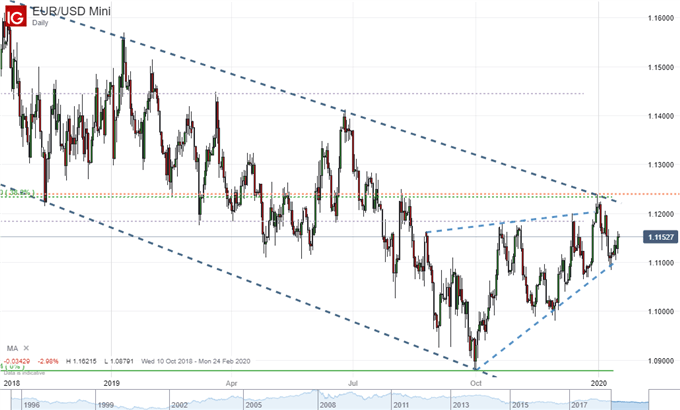 What Should Traders Watch for Next This Week and Beyond?

With trade wars seemingly crossing a critical hurdle, it may seem that there is is nothing holding the speculative rank back, but that isn't really the case. The competitive environment of growth at the expense of counterparts remains a viable struggle. Another underappreciated currency for this matter is the Sterling. The Brexit uncertainty has been a principal drive for the Sterling over the past three years, and that hasn't be fully quieted just because the conservative majority after the general election has dampened the in-fighting. The Pound crosses are still exhibiting a surprisingly consistent head-and-shoulders picture across various pairings - GBPUSD, EURGBP, GBPCAD, etc - that suggests the Sterling has other worries than just the hold up in the divorce. Weak inflation figures was a matter for this past session which furthers talk of a BOE easing debate in market circles to account for soft growth potential which is itself partially a response to the Brexit uncertainties. Traders and economic observers should watch this closely. 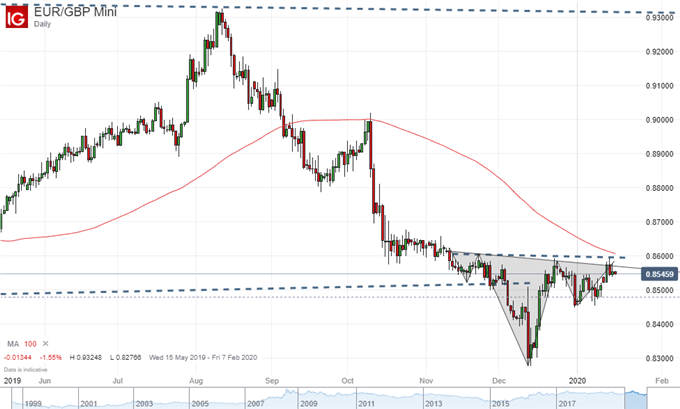 Growth is another, more wide-ranging theme that could challenge for global attention again moving forward. There were a number of updates this past session with an economic performance element attached to them including Japanese machine tool orders, Eurozone industrial production and Canadian existing home sales. Ahead, we have US retail sales, earnings from railroad shipper CSX and a little later China 4Q GDP. If economic expansion continues to flag despite the recent cheerleading in trade relations and the market falter despite the effort at goodwill, the turn in sentiment may quickly turn septic. When all our desires are met and conditions still falter, lift through anticipation starts to lose its luster.