{{GUIDE| BUILDING_CONFIDENCE_IN_TRADING|'Tis the season to develop your confidence and strategy}}

Markets were already caught in the vortex of fading liquidity this past session, but there was clearly enough of a market to transmit some impressive movement following a few unexpected updates from central banks. The most noteworthy update in my evaluation was from the Bank of Mexico. Though it was expected, the group cut its benchmark rate 25 basis points for a fourth consecutive meeting - outdoing the Fed. Despite the reduction, it seems the 7.25 percent landing rate and tempered expectation for further cuts allowed the Mexican Peso to advance. That is remarkable given USDMXN's general position. The pair could be described as 'on the verge of a major wedge break and long-term reversal'. Combined with the USMCA progress and general improvement in risk bearings, this could be a transitional picture. However, marking such a dramatic shift in course when the market is draining for the holiday is either very unlikely or very unreliable. I will watch this one closely for when liquidity returns for 2020. 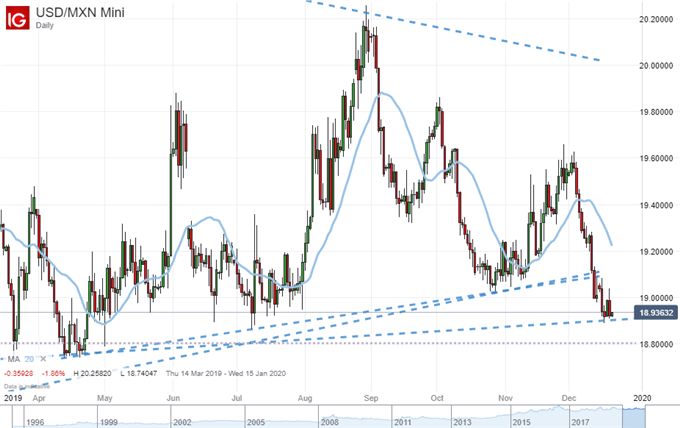 Another impressive and unexpected development this past session was made by the Bank of England decision. Here too, the central bank met expectations, but this time in-line meant no change to policy. Nevertheless, the Sterling extended its impressive - particularly given the state of market depth - reversal across the board. Though the key rate held, two of the nine committee members voted for a cut again while the fourth quarter growth forecast was eased back further from a 0.2 percent projection to 0.1 percent. This is only mildly surprising, but with the market already pressuring GBPUSD and other Pound crosses lower, it had pre-existing leverage in sentiment. There are some short-term support levels coming into view for some pairs. Is there enough momentum left to clear further hurdles? It's possible, but the potential this late in the day would be very presumptuous. 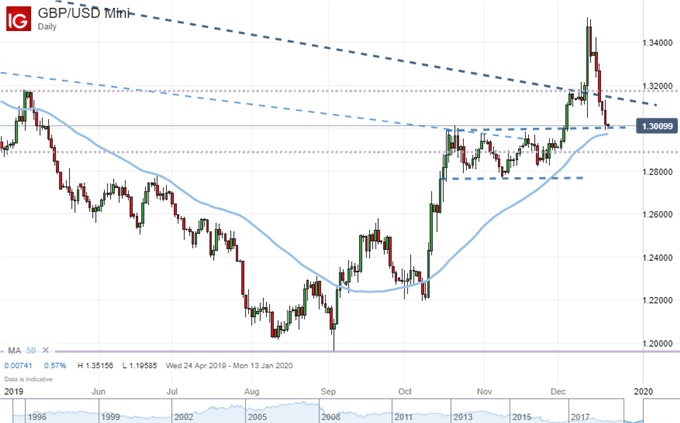 If market movement weren't the measure of influence, the Bank of Japan's policy update would be my pick for the most remarkable fundamental development this past session. Though they did not change their mix, that combination of extremely easy policy represents desperation and a glaring sign that one of the main foundations for current global economy (stimulus) is failing. That doesn't mean the market will collapse imminently, but should the ball start rolling, it may not stop. Further, Japan offers another sign that a key safety net has a serious hole in it. Recently, the Japanese government announced a massive 13 trillion yen stimulus program that has earned little-to-no optimism for growth forecasts from the perspective of relative market performance. If this same lack of confidence spreads to other countries, it would be the equivalent of cutting the break lines. 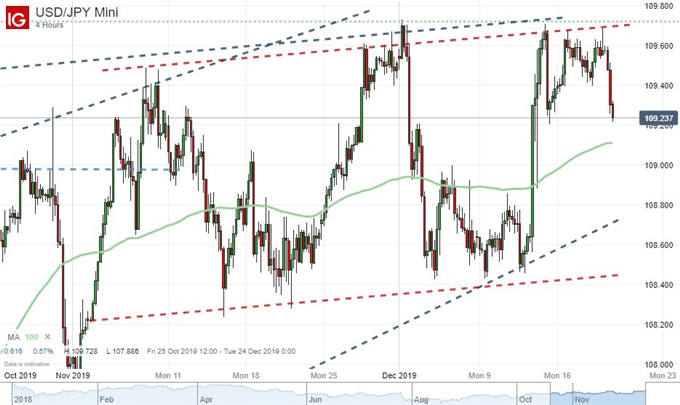 Systemic issues like the effectiveness of monetary policy and the lack of conviction to be drawn from growth measures cannot be ignored. These issues will remain with us in 2020 and will likely carry greater influence when there is more liquidity to offer tangible capital market distribution. In the meantime, the thinned market conditions is the first currency. For themes like recession fears, sans a critical update from an trustworthy body that the global outlook is doomed, there will be convenient complacency due to the lack of depth. On the technical side, seeing a technical range may find the combination of circumstances for a break, but follow through would be extremely difficult to sustain. Probabilities start with the market type and then move to the other pieces. Consider your analysis and opportunities in the short-term with this in mind.

A Few Fundamental Highlights Worth Watching

Though their short-term marketing-moving potential may be truncated, there are a few higher-level events on deck to close out the trading week. The Canadian retail sales may offer some range movement if it manages to generate the level of surprise that the Australian jobs data this past session. That said, it is due very late in the day for any meaningful market to transmit a significant drive. The same is true of the Fed's favorite inflation figure: the PCE deflator. While this will add to a theme that has offered significant influence (or at least correlation) to price action in the Dollar this past year, resolving the potential for the DXY's channel break is not likely a decision for 2019. 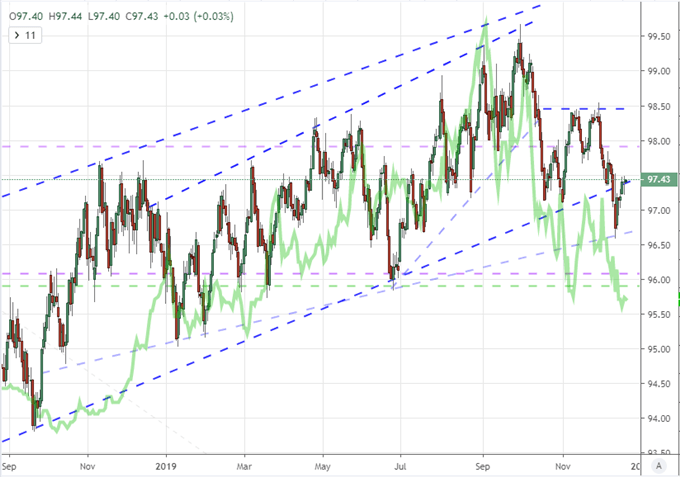 Another general theme supported through Friday is sentiment. The UK's business (Lloyds) and consumer (GfK) sentiment surveys will give an important post-election, no-deal Brexit risk picture from the two key economic stakeholders. Europe will also register a few important readings from German and Eurozone consumer surveys for January and December respectively. I am not setting my expectations for a EURGBP charge very high. 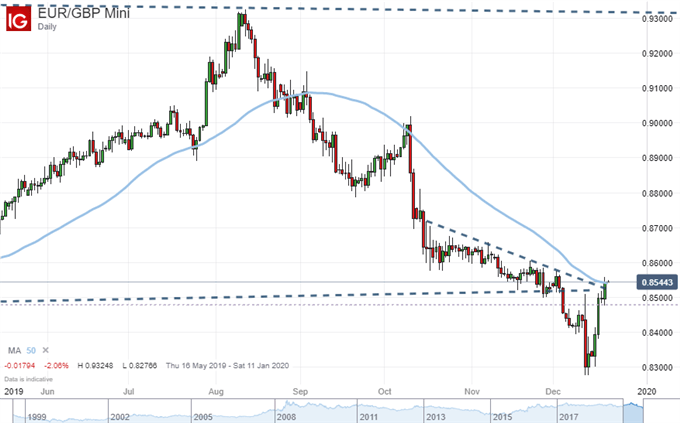