Risk Trends Start the New Week on the Offensive

The fair wind in risk appetite wasn't exactly subtle to start the new trading week. Monday saw a broad rally across many of the favorite 'risk assets', but few benchmarks have made the same level of impression that the US indices continue to make. Both the S&P 500 and Dow opened the new week with a gap higher and measurable follow through during active trade. Pushing record highs for these benchmarks has come almost routine - and that seems to be the point. There seems less interest in investing for value and more relative appetite for pre-established momentum. That appetite for sheer speculative pace can sustain a rally, but it is also more likely to end with a disorderly unwinding. There are a few terms that suit this type of situation: 'melt ups' and 'blow off tops'. Both are patterns reference a strong speculative charge that inevitable calls the end to a bullish phase. I wouldn't say we are definitively facing such a scenario - especially when holiday liquidity skews the picture of intent - but we have seen many of the characteristics develop over time and there seems to be search interest in both terms. 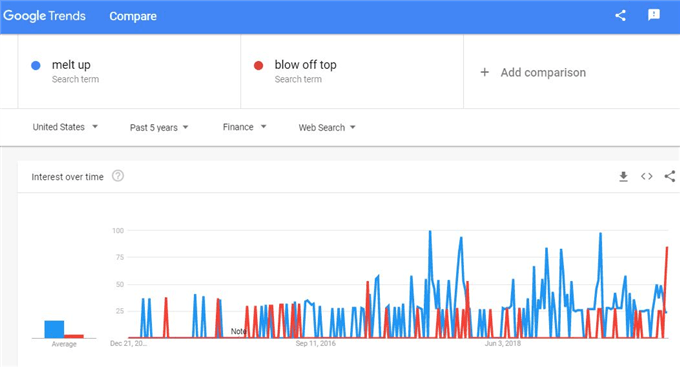 A fundamental crosswind to the capital market climb that is prominently positioned is the reassurance we would expect from the US-China trade relations progress. This past week, the headlines were topped by news that the two sides had come to a late agreement to move ahead with the 'Phase 1' deal, which was initially announced some two months ago, which effectively deferred the impending escalation of tariffs scheduled for December 15. The halving of the $120 billion in September tariffs the US had raised against its trade counterpart was further the first move to reduce the ever-growing trade war to that point. There is reasonable skepticism that follows any promises of breakthrough between these two countries given their habit of reversing course a number of times before, but markets ultimately choose what to place emphasis on - and doesn't seem to be it. Yet, there may be a sign of trouble in the performance of those assets that are most closely related to the situation at hand. USDCNH has returned to 7.0000 and AUDUSD has failed at its 200-day moving average, but one ring further out finds the EEM emerging market ETF carving a very different path to the outperformers. Consider the S&P 500 to EEM ratio which surged higher Monday to further call into question the weight placed on value. 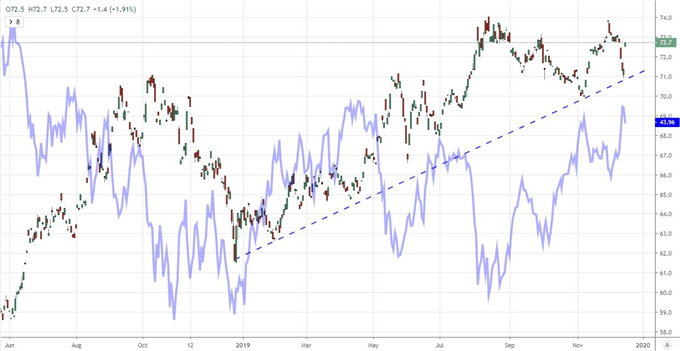 A Global Growth Forecast that Disputes Enthusiasm but Bolsters Dollar

Where trade wars as a fundamental motivator was more of an echo to last week, there was a fresh update on another important theme to start the week: global growth. There has recently been a sense of relief in headlines and trading circles when it comes to the risk of recession, but data has yet to catch up to this sudden change in perspective. For economist and market (via the Treasury Yield curve) interests, the run of easing by the largest central banks (a Fed series of rate cuts and bid on short-term assets) and assumptions drawn from the trade war news seem to be reason enough to re-evaluate. In the meantime, the run of December PMI data from Markit shows a tangibly poor outlook. These monthly proxy reports for GDP show Asia underwater with Japan's (49.8) and Australia's (49.3) composite readings signaling contraction with sub-50 readings. Europe was similar with Germany's overview holding at 49.4, though the Eurozone figure holding to 50.6 - with manufacturing in contraction with a 45.9 reading. The Brexit uncertainty plagued UK showed a 48.5 reading.

The most significant disparity would once again come from the United States. The Markit's reading for the world's largest economy printed a 52.2 figure that was well into growth territory and most notably a substantial disparity to the global malaise. While the US is large, it cannot single-handedly compensate for global growth. On the other hand, this kind of performance can add to a global disparity in speculative value. Stronger growth adds to a sense of stability and draws in capital naturally while such an underlying reading would also offer the Federal Reserve plenty of leeway when it comes to holding steadfast on a rate differential that is still substantial compared to the essentially zero bound for Europe and Japan. Notably, the Dollar seemed to show little of that recognition upon release as measures like EURUSD showed little deference. 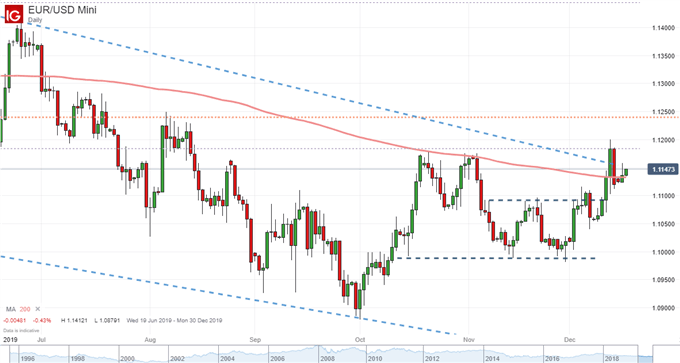 Reticence for the Sterling and Gold

As we move forward with the last full week of this trading year, there are fewer systemic themes that have a clearly plotted course. We have passed the last of the high-level growth data on tap and monetary policy is not anticipated to see a shake up on either the Bank of England or Bank of Japan's part. Trade wars can still play a part, but that would be on the basis of unscheduled surprises rather than timed events. A similar kind of 'absence of driver' should be considered for the Sterling as well. This past week, the UK election delivered a clear lead for Prime Minister Boris Johnson's government which should push through the Brexit impasse. That doesn't make the negotiations over a trade deal any easier, but this progress is a sizable relief. Yet, that speculative inhalation seems to have left the Sterling still winded. Following Friday's steep intraday reversal, we were left with another frustrating tail for GBPUSD and other Pound crosses.

Chart of GBPUSD with Wicks (Daily) 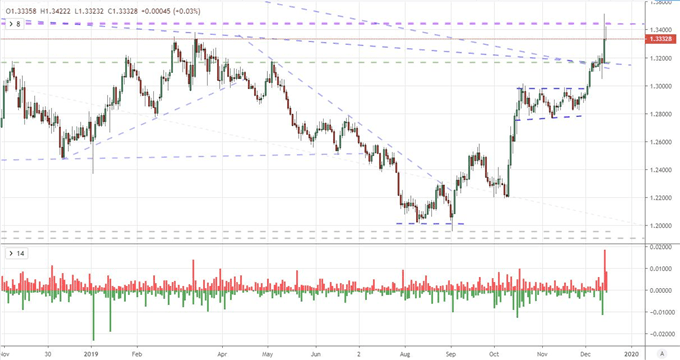 Another asset that I'm keeping tabs on for its lack of momentum, but for a different underlying bearing, is Gold. If the market is in a position to bid up risky assets, a safe haven like this precious metal is often under pressure. That isn't the case now. Further, a steadying of monetary policy for a central bank as important as the Federal Reserve should help curb the perception that there are no viable traditional fiat alternatives for capital to seek out which deflates some of the atypical value ascribed to the commodity. Despite these factors, the market continues to hold fast - either reflecting a full fundamental break or underlying concern not reflected in speculative appetite. 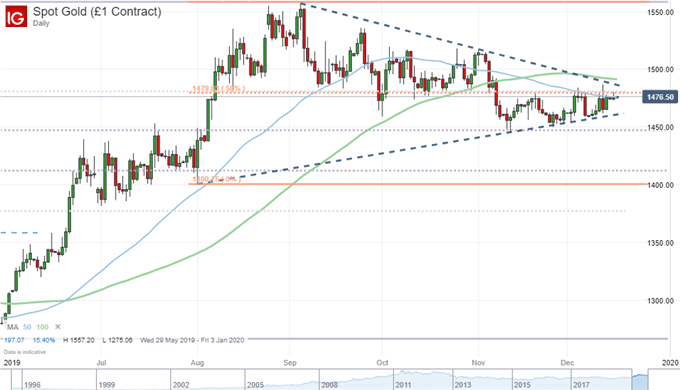