We start off this new trading week with an extraordinary amount of anticipation. A run of critical updates that carry the potential to redefine those aspects of the markets that have defined years of speculative run or targeted discount are due a significant milestone if not complete resolution. Naturally, it would be difficult to generate a strong move - bullish or bearish - with such overbearing potential behind these systemic matters. So, would it make much sense to keep constant vigil for a key breakout, much less the emergence of a new trend, before these matters are laid bare? In particular for risk trends, the FOMC rate decision on Wednesday and Sunday deadline for US-China trade progress (otherwise the tariff list will length) carry global implications. 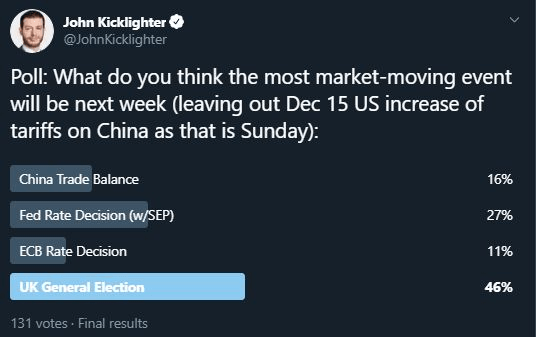 The wait-and-see sentiment seems to be showing through with most risk-based assets. Even the trend-setting US equity indices were hovering fairly close to the record highs set late last month. For overall performance, the benchmarks slipped on the day. Following its remarkable gap higher and further follow through this past Friday (helped along by NFPs), the S&P 500 would slip through Thursday's active session. The pullback, however, wouldn't even fall outside of the previous daily candle's range - not to mention, fall far short of 'closing the window' created with the gap. Despite this quiet, there is still an undercurrent of worry. That build up could be seen in the favorite 'fear indicator', the VIX volatility index. Despite the reservation of its underlying index, the derivative tracked out an enormous range Monday and ultimately ended significantly higher - the second largest rally in three months. What is equally remarkable despite this degree of volatility (in volatility) is the maintenance of the extreme net short futures positioning behind this measure. 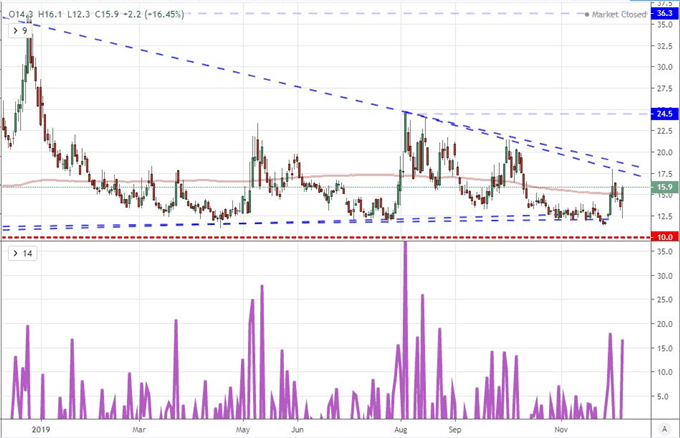 For an active fundamental current, Monday opened to a run of growth updates that could have moved the needle on economic concerns. During the opening Asia session, the final reading of Japan's 3Q GDP update soundly beat expectations with a 1.8 percent reading that tripled the 0.6 percent forecast dialed in for the last update. Adding to that, the Eco Watchers survey offered a heartier rebound in economic assessment than was expected, but the 45.7 reading was still underwater when 50.0 is the line for growth. In Europe, economic health found update via the Eurozone Sentix investor sentiment survey which broke back into positive territory (0.7 versus -5.3 expected) while the German trade balance swelled to 21.5 billion Euros on a 1.2 percent jump in exports. Ahead, we have Japanese tool orders (and 3Q business sentiment), UK October GDP, Eurozone investor sentiment (ZEW) and the US small business sentiment survey. That is a comprehensive view that will likely still struggle to charge the market.

If you're looking for a more productive theme to watch for market movement, monetary policy is a high-profile listing just a little further beyond the immediate horizon. The Federal Reserve rate decision is scheduled for this Wednesday, and though the group is not expected to raise its rate cut tally to a fourth straight meeting, the assessment in the outlook and talk over alternative solutions to fading accommodation has global investors watching closely. There is ultimately some percentage of the market to be disappointed regardless of what the outcome, but I will mind any threats that suggest an exodus is under way. The ECB and its new director could potential rise to the position of being a global director, but a negative deposit rate and recharged QE effort have yet to reverse market polarity. 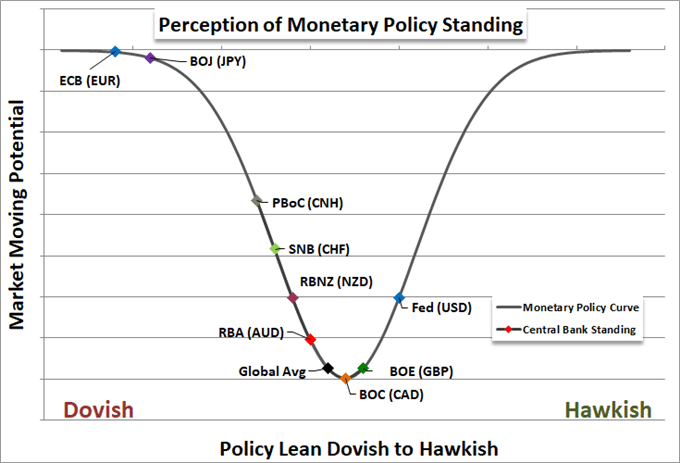 As we grasp for potential market mover themes moving forward, the most potent spark remains a milestone that is anchored to a very specific event risk that falls in the weekend. The December 15 deadline set by the United States as a cut off for either finding a compromise towards the Phase One deal with China or escalation in the tariff list is a make or break with serious trade implications. To see the situation unresolved by the benchmark date would be to witness a serious escalation in the trade war terms. Alternatively, a resolution could offer relief for a sharp escalation in a progressive global weight. As we move through active trade this week, an update is more likely to announce an improved trade relation that heads off systemic risk. Alternatively, lack of resolution into the weekend would raise the disproportionate risk of a further crisis exponentially higher. Consider the risk/reward in fundamental scenarios. 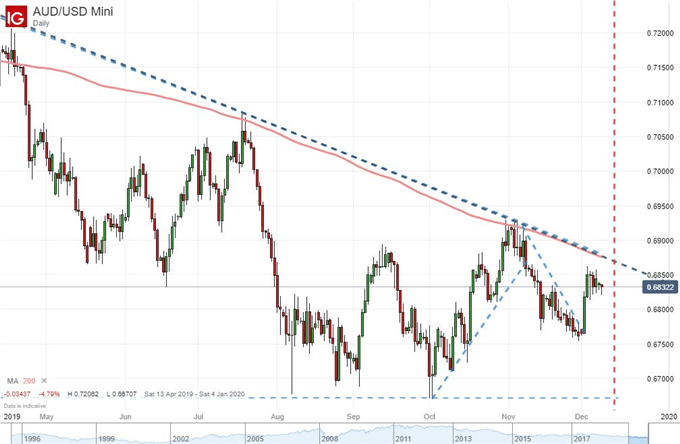 The other high-profile event that is likely to end with market-moving aplomb is the UK election. The important milestone towards the eventual Brexit course will render its verdict very late Thursday or early Friday. To take a view on the Pound or local assets before that determination would be inviting serious speculative risk. We will test the gravity of this anticipated event against a dense run of UK event risk due today. Monthly GDP, trade balance and industrial production are important updates; but do they seriously compete with a clear course on Brexit. Despite the draw of the critical event later this week, there is a notable limitation in anticipated volatility according to the Pound volatility index. That is an underappreciated amplifier, but one that would be aggressive to front run. 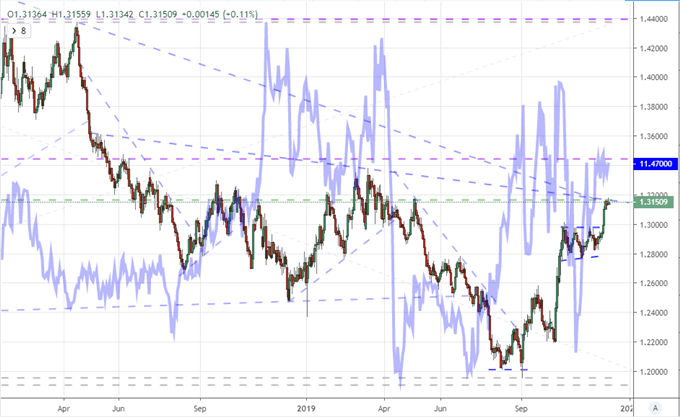