Trading Conditions for the Remainder of the Week

We are heading into a well-known drain in liquidity for the financial market. Technically, the Thanksgiving holiday is only an American closure, but the reliable drain in participation from the largest aggregate market in the world historically curbs speculative intent the world over. Further skewing the probabilities towards restraint, there has been a progressive slide in realized and expected (implied) volatility for some months. There is always an off-chance of volatility however. When liquidity is thin, unexpected developments can leverage sharp instances of volatility - though follow through is extremely difficult to foster. If there were one matter of systemic importance that should be monitored more closely through this next 48 hours, it would be developments on the trade war front. Much of the US-China negotiations have shifted to headlines and unpredictable changes in rhetoric from a few key individuals.

If we are looking to see what region or specific currency has a higher probability of activity during this period of quiet, I would keep closer watch on the Euro. There is scheduled event risk of greater substance on the economic docket for the Euro-area including broader sentiment surveys alongside the employment and inflation (CPI) data that directs ECB policy. These data points alone hold very limited potential for potency, but general market conditions themselves could prove market moving. Like a rubber band stretched to its limit, there is an enormous amount of potential from a benchmark like EURUSD pushing record low levels of actual (20-day ATR) and anticipated (implieds from options) volatility. That in itself stands as an unnatural force prone to rebalance. Given the one-sided intent with enormous leverage pursued in the markets these past months, modest jolts in activity could inadvertently turn into avalanches. Yet, if we do face the unlikely charge to set things into motion for EURUSD (or EURJPY or EURGBP) this week, I would look for genuine intent of follow through next week. 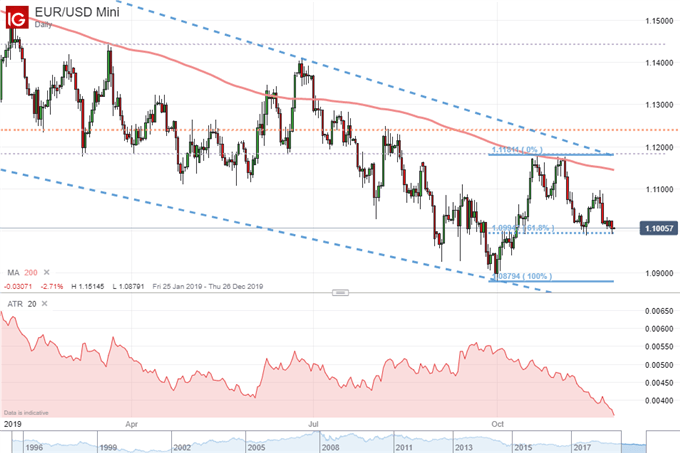 Shifting the focus out to next week, the global economic docket is antithesis of the quiet we currently face. That does not, on the other hand, ensure that a steady stream of data can cure us of our deeply seated complacency. The structural restraints are difficult to overcome and are best served through systemically-important matters - what I consider to be 'key themes'. Before we evaluate the drivers that have been most familiar in regular fundamental discussions this year though, it is worth evaluating the seasonal norms in the aftermath of the holiday week. Referring back to the S&P 500 as a speculative benchmark, there is more often a jump in volume in the period following the known lull. Activity - measured in the chart below as the range relative to the surrounding 12-week average ATR - is not as consistent. That said, we have seen a higher-than-average degree of volatility in the post-Thanksgiving week these past four years. That would not be good comparison to the state of affairs in 2018, but it is remarkable comparison in the three years previous.

As for fundamental event risk, there is no shortage of high-level listings ahead. There is plenty of opportunity to generate short-term volatility for specific currencies. The Sterling is already experiencing some local charge with the intent polls that are populating the wires. A heavy skew in favor of the conservative party seems to suggest a uniform Brexit approach will be adopted by the UK in the ultimate negotiations with the EU. Two top level rate decisions are on tap next week from the Bank of Canada and Reserve Bank of Australia. The likelihood that these carry currency central bans reduce rates is low, but we shouldn't write off the possibility nor should we undervalue the impact of shifting forecasts for the future. The effectiveness of monetary policy is a matter we should keep close track of, but there are other matters to be more mindful of ahead. The US Trade Representative's office ruling on the French imposition of the digital tax is a serious concern. Concerns over economic stability - recession fears - is perhaps the more prominent consideration. Amid a few official 3Q GDP figures from first reads on emerging markets and final figures for major developed players, we are also due PMIs with the US ISM service sector report high on my list. 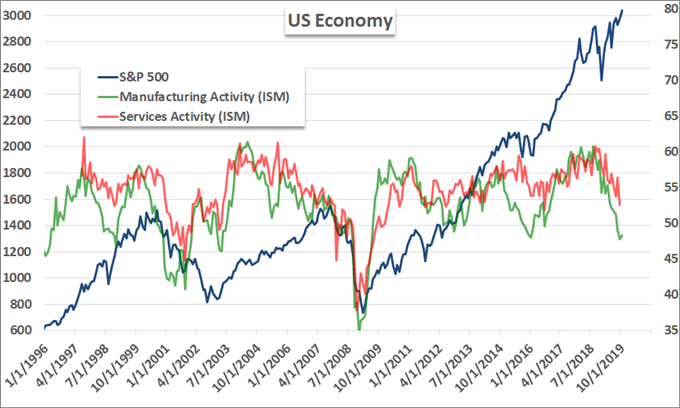 Looking even further afield, the close to the year will draw a deeper expectation for seasonal alignment. The month of December is historically a very staid period for a benchmark for the S&P 500 with a sliding volume and significant outperformance. With the shift towards complacency these past months, systemic and seasonal convergence will be a forceful drive towards a quiet end to the year. On the other hand, we are dealing with an abundance of wholesale fundamental themes in trade wars, recession fears and monetary policy effectiveness. Any one of these matters could tip complacency into retreat. 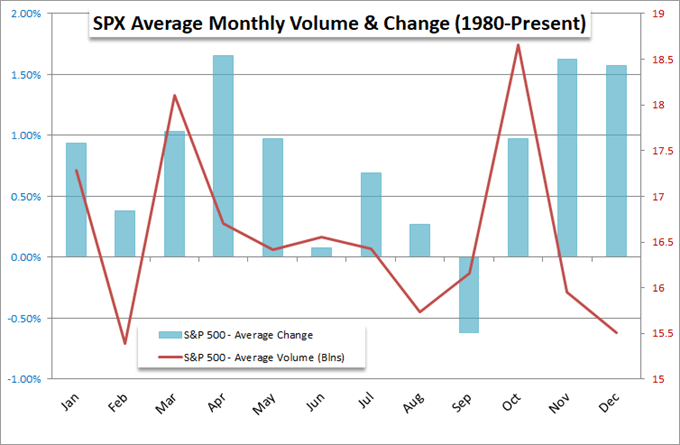 What traders should be most mindful of in the final month of 2019 is the extreme restraint we are facing. The unprecedented (low) volatility for benchmarks like the S&P 500 and EURUSD amplifies the sensitivity to stumbles, pushing such developments into disorderly deleveraging. While market anchoring may seem unassailable at this stage, the market-at-large has an immediately recognizable template of risk to work against: the aggressive and broad risk aversion through February 2018. That reversal sparked a broad aversion to risk following a long and restrained build up in speculative conviction. Directly mirroring this situation two years ago would be to wait until the new trading year (2020) revived liquidity, but the availability of systemic risks, further extension of exposure and recognition of comparable conditions in recent history makes this environment very different to two years ago. Sorting the herd's intentions can be difficult, but accounting for our own exposure to risk-reward is well within our control.

Chart of S&P 500 and VIX with Consecutive Candles (Weekly) 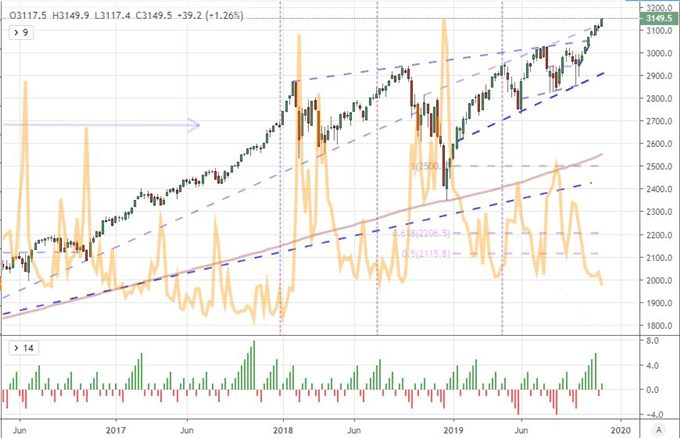