We opened a holiday-defined week to another jump in risk appetite. Though the tempo and starting point is different across the myriad of risk-leaning assets I keep tabs on for an overview of sentiment, at least the short-term intent was clear. Once again, the pace was set by the perpetually outperforming US equity indices. The S&P 500 set the gold standard with a gap higher on the open along with a session where the day's low was the open and the high was the close. That is as convincing a follow up as one could expect on a single day's performance. Yet, the fundamental charge to this impressive move was uneven to say the least. Liquidity will also be a known problem for any serious intent while the underlying conditions for feeding risk appetite trends are already a structural concern. More likely, this opening salvo of enthusiasm has more to do with the seasonal expectations and the bias that supports versus any renewed conviction in financial system. 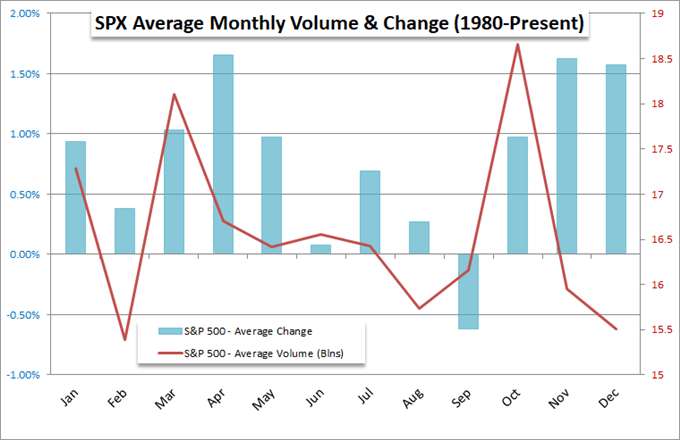 While underlying bias and systemically-important fundamental themes (not necessarily directly linked) are of great concern when analyzing our course, speculative exposure throughout the system can have more critical bearings on our heading and need to be monitored. In short, these markets continue to build a 'risk' exposure that is increasingly top heavy and value poor. Reflecting the press in the already exceptional level of complacency in the system, the VIX finally dropped below 12 through the close of Monday's session for the lowest end-of-day reading from the 'fear' index since October 3rd, 2018. Though a measure of risk and volatility a month out, it comes as no surprise that the market is further reducing its implied hedge before the immediate holiday period. The question though is whether this additional slide pushes an already extreme reading to a tipping point. Though we may not put that measure to the test this week given the anticipation of further drain of participation, we are certainly nearing an extreme that will inevitable end with capital market implosion. 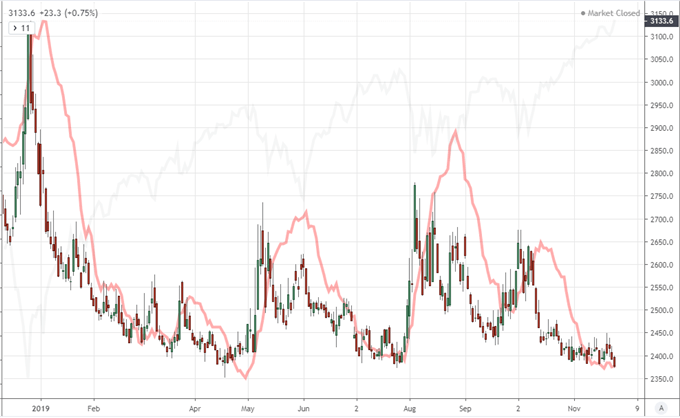 On a Speculatively Charged Day, Trades Latch On to Trade War Headlines

The start of this new trading week stood as yet another example whereby a pre-existing speculative bias sets the relative importance of fundamental themes rather than the other way around. With risk assets on the rise, there was a necessary resorting of fundamental influence. Among the top themes that I follow, the only topic that carried a greater balance of optimism was in the headlines around trade wars. In particular, the US-China negotiations have left us with whiplash as interpretation from sources has oscillated from optimism for a clear 'Phase One' deal to pessimism and back again. It seemed opportunists had seized the headlines over the weekend that had the US National Security Adviser remark that a deal was still possible before the end of the year and reports out of China that a drive for more protections of intellectual property would be made. Yet, where that may have warmed speculative appetite, it seemed to do little for USDCNH. What's more, there is the reminder that the White House is holding out a threat to move forward with escalating the tariffs list on Chinese goods on December 15th if a deal is not clear - a point reiterated by Standard and Poor's chief economist. 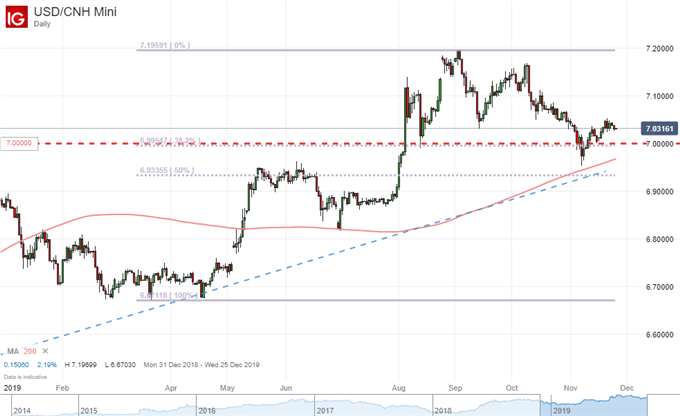 A convenient blindspot in the assessment of trade conditions seemed to be preferable to the headlines on growth conditions through the past session. There was a run of regional economic health statistics that was on balance addition to well-placed concern about the underlying health of the financial system. The high-water mark was the Germany IFO business sentiment survey for November which ticked up to 95 and projected a 0.2 percent fourth quarter growth for Europe's largest economy. That helps ease the fear of unchecked slide into a Euro-area contraction but it should be reiterated that the country is still in a manufacturing recession. Meanwhile, an economist survey on China from Bloomberg solidified a lackluster growth forecast with a 20 percent recession risk in the coming year while Mexico's final GDP reading confirmed a technical recession for the country (-0.3 percent GDP). The worst showing - and most conveniently overlooked - was the Chicago Fed's National (US) Activity Index which dropped to -0.71 which was the fourth worst showing from the series since the Great Recession ended in early 2009.

Looking ahead, liquidity should be our first concern when evaluating trading conditions - it will set reasonable expectations for momentum and conviction around technical developments. That said, the balance of influence in themes will shift - at least when it comes to scheduled updates. While headline around trade war sentiment could easily stir the pot, the docket will provide more readily for monetary policy. There are a host of central bankers due to issues comments through Tuesday from Fed Chairman Jerome Powell to RBA Governor Lowe and a few ECB officials. It is more likely that these events can adjust the perspective for the local currency, but we should not forget the dependency on extraordinary monetary policy for a sense of stability and maintenance of elevated speculative markets. If confidence in unorthodox policy (negative rates and stimulus) ever faulters, it will likely usher in a disorderly slide in capital markets. 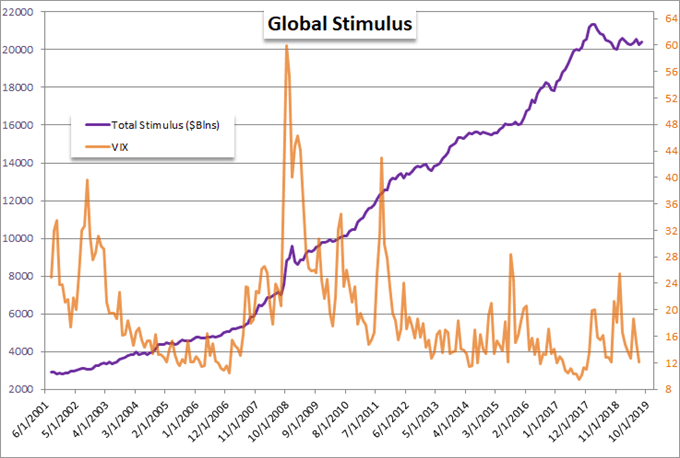 As for a benchmark currency to keep track of, there is some event risk to be expected from the likes of the Euro, Pound and Kiwi. German consumer confidence, UK election headlines and New Zealand retail sales and the RBNZ financial stability report are all in possession of some influence. That said, the Dollar is of greater interest to me. Given the second half of the week will be low in liquidity, event risk has been pushed forward and we will see a run of important data this session. The advanced trade balance will likely interest a wider swath of the crowd, but I will be looking at the Conference Board's consumer confidence report. As the largest aggregate consumer in the world, this segment could pose a greater hope or threat to financial and economic stability than many appreciate - until it is too late. Moreover, I like the technical arrangement behind the Greenback. The likes of the EURUSD are pushing moderate technical support at 1.0995 which is easier to hold or secure a short-term break with a little motivation - not the over-indulgence of any systemic moves which cannot be secured in these conditions. 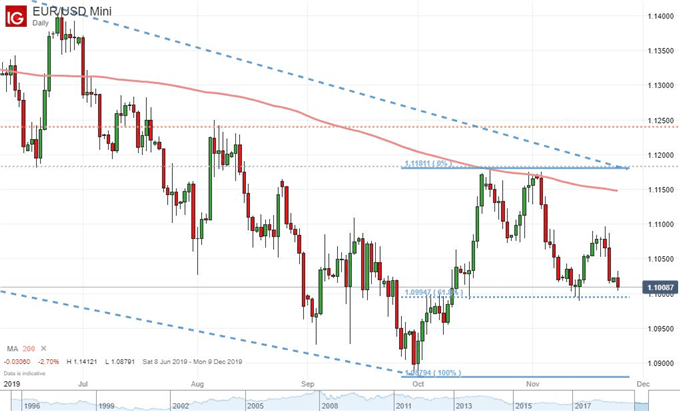