S&P 500 Ends Week With a Surge to Record Highs, What Could Sustain the Run?

As far as premium goes, the top US equity indices were far from lacking this past week. On the other hand, they were certainly lacking for any meaningful traction - that was up until Friday. There was very limited progress to be found in the ever-evolving risk balance though the full week which was particularly irksome for those exposed to the S&P 500 or Dow. At record highs, an extended bout of complacency steadily raised the risk that the next break could cut lower rather than extend the mature climb. That day of reckoning would not be found Friday. After establishing one of the smallest nine-day ranges in approximately two years, the benchmark stock index and inspiration of bulls everywhere charged higher with a hearty gap on the open and meaningful follow through on the active session. 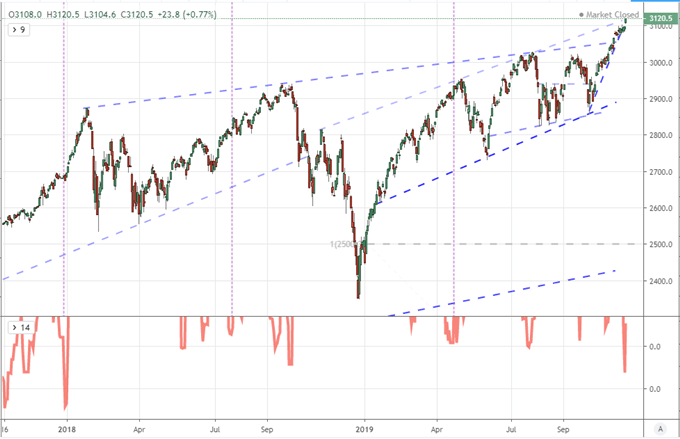 Under normal market conditions, it would be easy to imagine that such a pronounced technical move could inspire follow through into the following week. Yet, our current conditions are far from balanced on the speculative front. As far as the motivation for the charge through the end of the past week, there certainly was tangible precedence in the form of a broad risk bid. From global indices to emerging markets to carry trade, speculative appetite was on display. Yet, consider the starting point of this very nascent recharge for these other asset classes' benchmarks. They are neither pushing relative (much less record highs) nor are they coming off significant discount. They are trading in the middle of recent ranges. Inspiring momentum of sheer speculative appetite is a systemic effort inspired either through pre-existing momentum or the cue of a significant fundamental development. We are dealing in neither heading into the new trading week. 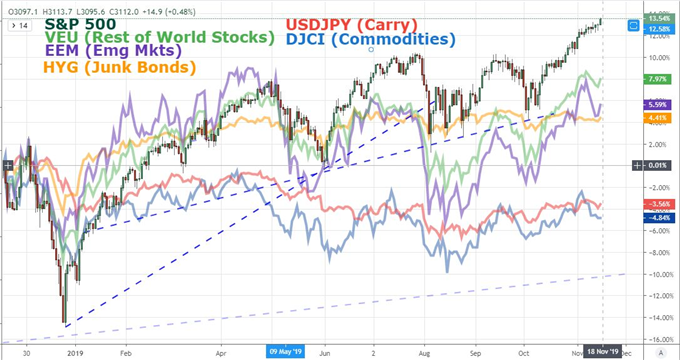 If we are looking for a high-level prompt for strong speculative follow through or sudden reversal, the most likely source with the scope and intensity necessary would be trade war headlines. There is rather limited, major event risk on the docket over the coming days. That shifts the probability for volatility off on the unexpected. While there is potential for all the major themes I reflect upon regularly, trade wars is by far the most active matter to consider. The negotiations between the United States and China have proven the most frequent headline this past week, though the rhetoric has caused traders considerable whiplash. As of late, US officials have played the optimists with President Trump, Commerce Secretary Ross and Economic Adviser Kudlow all offering remarks on progress and how near a deal the countries were. That said, numerous sources close to the discussions have suggested China is rebuffing agricultural purchases, enforcement mechanisms and are demanding tariff rollbacks. It's difficult to determine who to believe. That said, there is a definitive skew in the potential outcomes when it comes to this relationship. A full-tilt bearish scenario through this relationship would be difficult to realize given the nature of the discussions and the intent of its actors. Alternatively, a full breakthrough of the Phase One negotiations would be trumpeted readily. Consider that for USDCNH and risk in general. 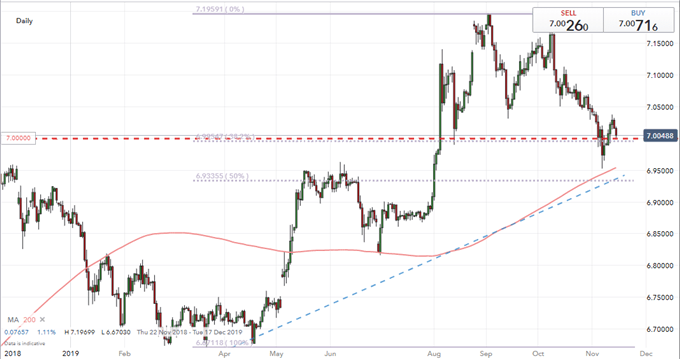 Not all trade war implications lean into the favorable volatility category. I remain concerned that Europe could announce a retaliation against the United States' 'WTO-sanctioned' agricultural tariffs applied on European trade partners as an offset for the losses accumulated owing to the uncompetitive earnings through airbus subsidies. That said, there is no indication of when European officials will reach a breaking point and feel it necessary to retaliate. As far as the probabilities go, it is more likely that we run into an update on the White House's decision on implementing auto and auto part tariffs. President Trump was supposed to make a decision on the Commerce Department's Sector 232 findings on foreign autos as of this past Thursday but the deadline came and went. Deciding against action would leave us with the status quo and the alternative would dramatically increase the economic implications of global trade wars. Keep your radars up and watch EURUSD and USDJPY alongside USDCNH and AUDUSD. 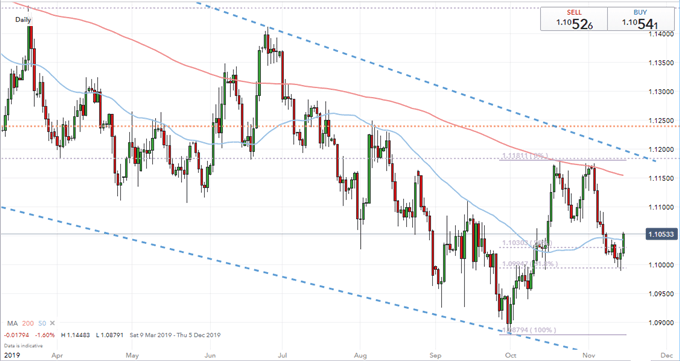 Looking out over the coming week's docket, there is a notable downshift in the number of high-level scheduled event risk. If there is one theme that draws a greater level of interest in the listings, it would be the standing of economic activity. Thursday's OECD economic outlook is the most comprehensive health reading. It's possible that this figure stirs a surprise optimism but reversing course on this ship take time and considerable weight. More likely it can leverage fear with a poor showing rather than confidence with a strong one. Through this past Friday, the US economy - the world's largest - saw a uniformly painful update with the NY Fed forecast for 4Q halved to a 0.4 percent projection while the Atlanta Fed's reading tumbled from 1.0 percent growth to 0.3 percent. The current month's activity figures from Markit are due for the US Friday, but it is the context of the Australian, Japanese and European figures that will make it such an important day fundamentally. 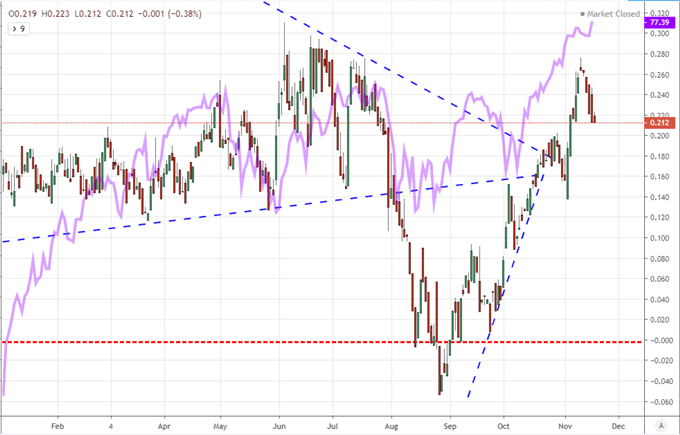 The other systemically-capable theme that I've been keeping track of these past months - monetary policy - is facing more isolated sparks than sweeping current. Once again, the Dollar is a prominent target for speculation. After this past week's data and general growth concerns, we have seen the anticipation for a hold on rates by the Fed through the end of 2020 drop from 50 percent a week ago to 38 percent. Ahead, the FOMC meeting minutes may offer greater insight into intent to give insight into last month's rate cut where Fed Chair Jerome Powell's testimony would not. In to the US central bank's transcript, we are due the ECB's and RBA's assessment while the BOC Governor is on tab for a fireside chat. Bullish/hawkish surprises are isolated to developments like the RBNZ's decision not to cut rates this past session, while the true risk in this external driver is that the market may finally lose faith in the world's monetary authorities' ability to steer reliable growth. 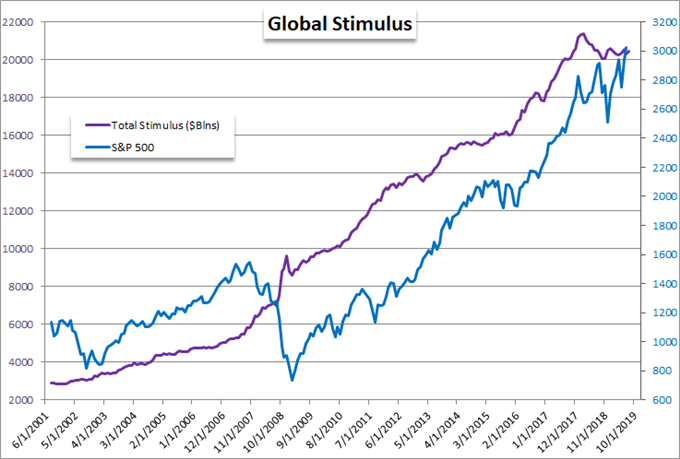