Trading Conditions and Risk Trends Off to a Slow Start

Monday opened to both the slowest run of data for any day this week and the knowledge that many US banks would be offline for the Veteran's Day holiday - though the stock market was running. That naturally throttled expectations for the day with global speculative interests short circuited with a natural interest in the high-level, systemic updates due later in the week. That said, it wasn't as if the markets were bereft of meaningful developments nor that there weren't meaningful movements to highlight. From US indices, there was a notable gap lower to contradict somewhat last week's lift that pushed record highs for the major indices initiated by the November 4th (Monday) gap higher. From the S&P 500, we opened to the biggest jump lower since October 8th; but the day's restricted conditions would see the market slowly retrace much of the loss to curb any misconception that momentum would develop despite the market curbs. 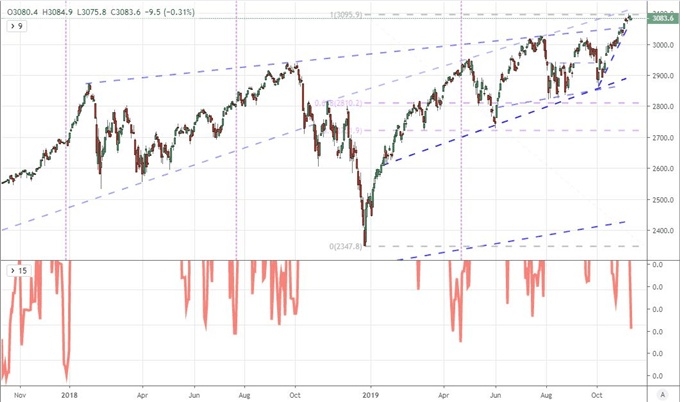 When it comes to determining speculative intent for the broader financial system - even when it is a lack of speculative bearing - I prefer to gauge activity across a range of speculative assets. Starting with global equities, there was a much more prominent drop to open this week and significantly less effort to recover the lost ground. The VEU 'rest of world' index clear last week's congestion low and fell short of a return to range. As for the all-world ACWI, we wouldn't so readily clear recent congestion, but the bearish influence was nevertheless unmistakable. Perhaps the hardest hit among the regular asset benchmarks I follow was registered by the EEM emerging market ETF with the biggest surge lower since August 14th - not a surprise given the systemic fundamental headlines for the day. In the more yield-intensive benchmarks like the carry trade measures (Yen crosses) or the junk bond ETF (HYG), we didn't even have a buildup in premium to deflate. Let's see if something more robust takes when liquidity is restored ahead. 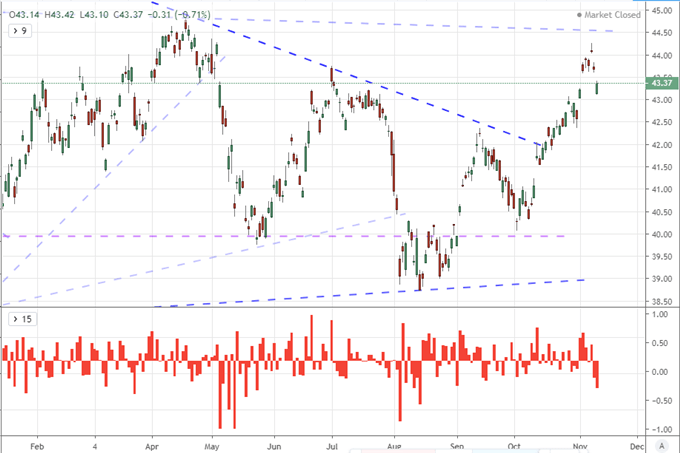 While risk trends were in idle to start this week, we were active when it came to systemic fundamental winds. On the trade war front, there were a few indicators that could be readily interpreted for their direct trade implications. Chinese loans and financing for the past month slowed faster than expected which I consider more a concern of the market than intent by the government and Japanese trade figures showed the world's third largest individual economy was struggling amid the trade wars. Without doubt, the most remarkable headline when it comes to trade fallout this past session were the growing references to the auto sector - an increasingly popular talking point given the White House is facing a deadline on its Section 232 on foreign autos, determining whether to exact tariffs on all foreign autos at the Thursday deadline or punt the decision another six months. Though this is a very important decision to consider, traders need to be on guard for something a little closer to the foreground with President Trump due to speak to on trade balance in the upcoming session. 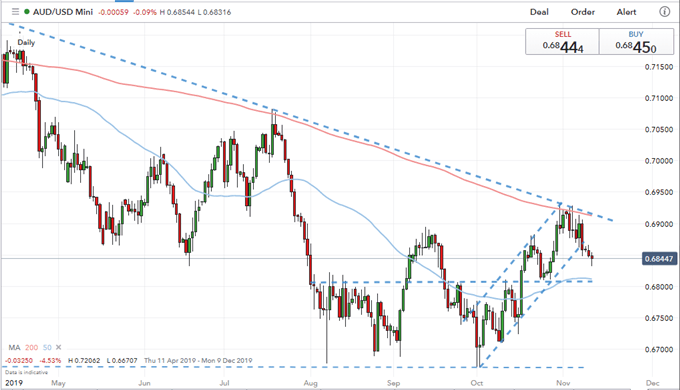 In fact, the US President is due to speak on both trade and economic policy. Further, the fallout from stringent trade policies are showing through in actual economic activity. With Thursday's deadline, it is no surprise that the statistics of the auot sector's pressure on global growth are garnering greater attention. It was the IMF last week that warned that the auto production and retail sectors - which accounts for approximately for a quarter of growth all told - was essentially in recession with a -3 percent drop in sales last year and -2.4 percent drop in production. That is both the auto industry and broad manufacturing that are a drag on expansion. How many more important sectors can we bear such pressure without tipping the scales for the globe? 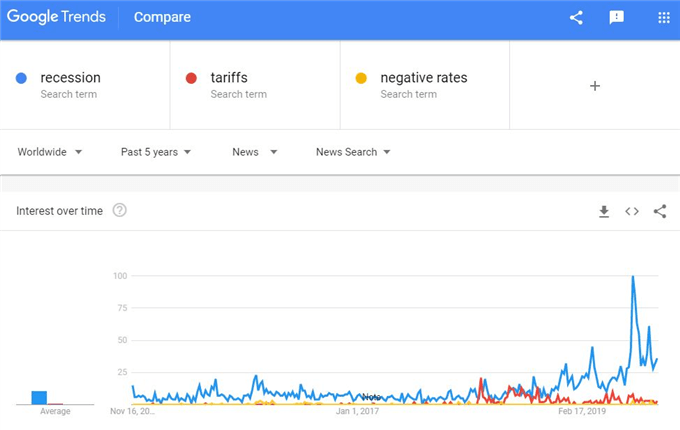 Moving into the first unencumbered (by holiday assumptions) trading day this week, I will keep close watch on the undercurrent for systemic fundamental themes from outright risk trends to recession risks to trade wars pressure to monetary policy shortfalls. Yet, we don't need to wait for the deep currents to take before we witness some measure of volatility. The Greenback for example registered some pressure this past session. The DXY Dollar Index earned its first loss in six trading days Monday, but I wouldn't associate the course correction to targeted event risk or even general themes. Instead, activity levels and the hold of a rather moderate level of resistance for the currency index seemed more a statement to the lack of conviction in the climb than marked intent that will ride over updates that may be on deck for the session/s ahead. We have business sentiment and inflation expectation figures due today, but the high-level watch items for me are Wednesday's US CPI data print and Fed Chairman Powell's first day of Congressional testimony. 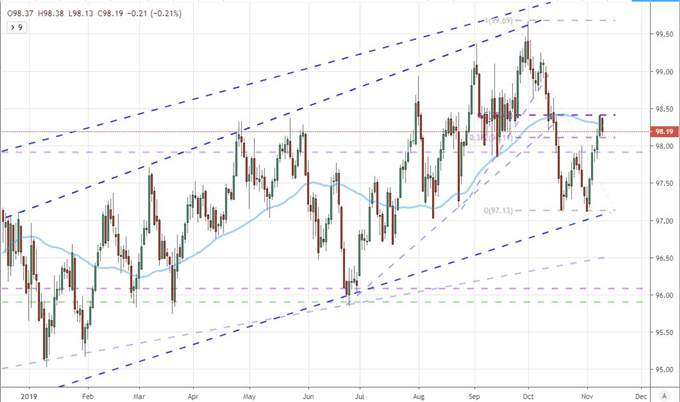 A market that we see often related to the Greenback, gold would show contrast both in its continuing to slide despite the Dollar dip while also taking out another lower level support at 1,460. This was not the most incredible of chart-based support figures, but the range low over the past three months certainly carried influence among traders that place their faith in the charts. I don't consider this a committed move, however, as the fundamental stepping stones are not there to usher in a full collapse. This commodity is playing the role of alternative-to-traditional-currency and the major policy authorities around the world are not changing their debt deflating ways - quite the opposite is happening in fact. I am a fan of the mantra that breaks do not ensure follow through, and this is a great example of that axiom. Risk appetite flags, expect this slide to halt while outright risk aversion (particularly with a financial stability concern) kicks up, the metal can readily charge to news highs. 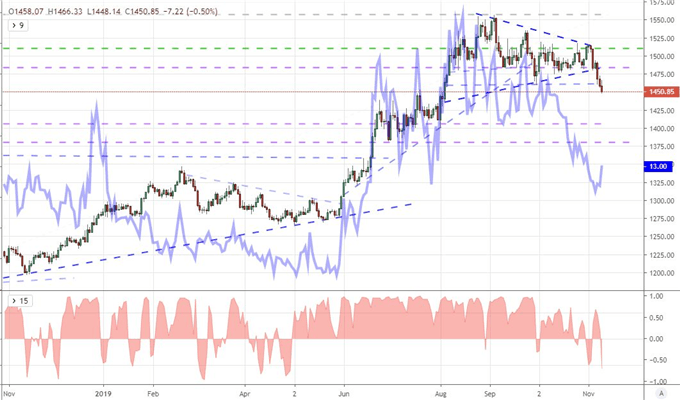 Elsewhere in the global financial system, there are targeted matters that can spell volatility for regional assets or currencies that I am otherwise keeping track of. For the British Pound, a notable jump Monday seemed to defy the lackluster showing in growth, struggling for construction, a swell in the trade deficit and outright contraction for insubstantial production. That said, hope that Brexit talks may have a more uninterrupted path seems to have earned the currency a brief lift. Don't assume follow through. The same is true of both the Australian and New Zealand Dollar. The former extended its AUDUSD slide this past session but there isn't anything of wholesale weight ahead. As for the Kiwi Dollar, the RBNZ rate decision on Wednesday is an overriding matter so establishing a strong and clear run before this event resolves itself seems very unlikely. 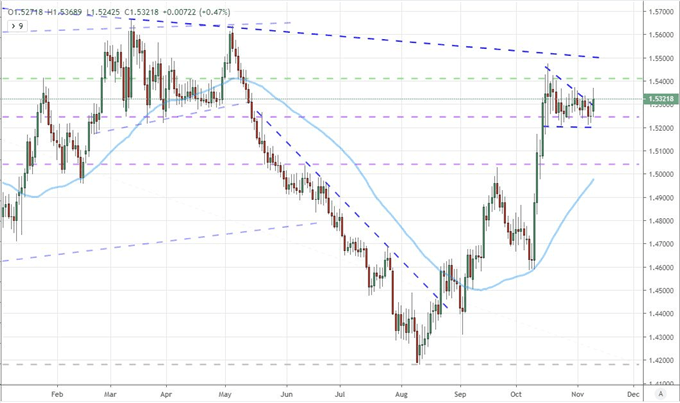