We are entering the fourth trading session of the week, and the majority to my poll of 'top fundamental themes for the trading week' should continue their victory lap. Trade wars continue to top the headlines and earn the greatest share of market influence - whether that be through the judicious application of volatility or otherwise withholding it. Through most of Wednesday's session, the US-China headlines were supporting a modest level of optimism. On the back of reports that China was willing to buy another $10 billion in US goods as a sign of good faith and it was open to a partial deal in spite of the blacklist of some key firms, it seemed that there was movement. Following the increase in the United States' economic entities list, the additional visa restrictions and the reality that no tariffs have been rolled back or planned escalations throttled, this seemed movement towards compromise. And risk assets responded in kind. 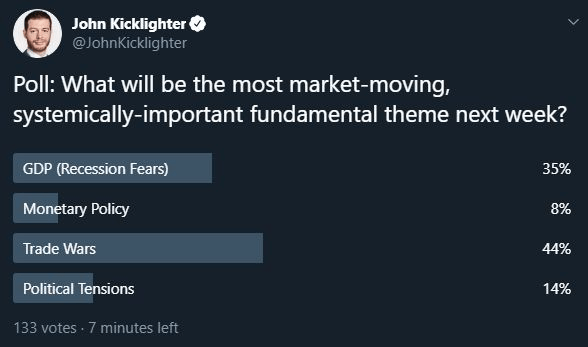 Yet, what small enthusiasm built up around this list of sources and unconfirmed reports was quickly wiped out in early Asia trade Thursday morning. Reports from Chinese news source SCMP that the two countries failed to make any meaningful progress seemed to hit closer to the reality that the speculative markets have come to default. Paired with reports that the China had already cut its expected visit short by a day, there is little time and even less anticipation that a true breakthrough will be found. There is distinct skew in the probabilities behind this theme. A significant improvement in conditions that could offset the economic and financial pain suffered thus far is very unlikely. Belief that this situation could turn into a legitimate source of significant growth or returns moving forward is almost beyond the realm of possibility. As more market participants come to believe this, the potential for a significant break higher for the likes of the S&P 500 or other risk assets withers while the threat of a systemic shift towards risk aversion grows increasingly enormous. 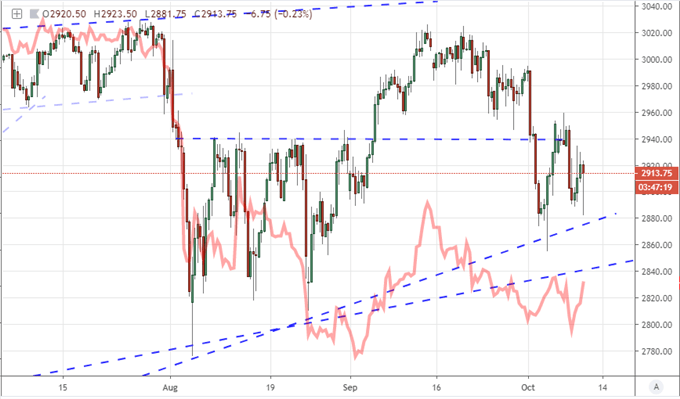 Perhaps not as skewed in the potential/probability of its outcomes as trade wars, the state of global growth is still extraordinarily distorted. Turning the ship on world activity takes enormous effort and time. Recently, all the detriments to output have only worsened. Therefore, as we register more and more warnings and troubling signals, the risk of pushing the tipping point grows concerningly high. Wednesday, there weren't many distinct updates on the state of the global economy nor any group of specific majors. Nevertheless, the warning by the IMF's new Managing Director still hung in the otherwise thick air. She said Tuesday in her pre-WEO interview that the outlook was the worst in a decade - since the Great Recession. Adding just a little to this worry this past session, the Atlanta Fed updated its GDPNow forecast to lower the US 3Q growth reading to 1.7 from 1.8 percent. 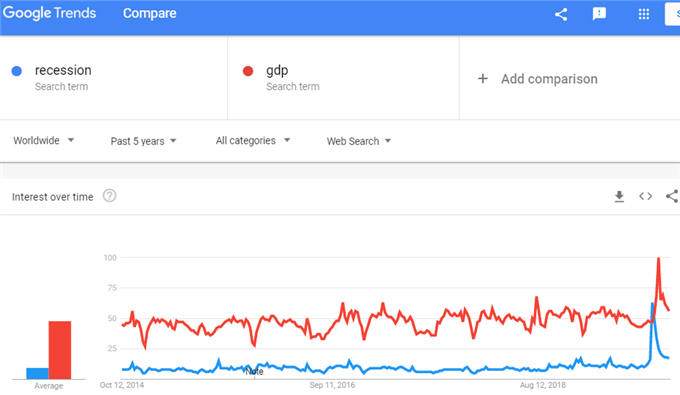 If you are looking for more hearty updates to the state of the world economy or its key players, the key event risk is still further ahead. In the upcoming session, there is a very specific release that can offer a growth update: UK GDP for August. This lacks the concentration of the quarterly figures from other countries - even UK quarterly readings have tempered their impact with more frequent updates - but certain outcomes can leverage underlying conditions to amplify a market response. A favorable economic reading will compete with the uncertainty of Brexit, and it simply won't live up to fear. Alternatively, a weak reading will amplify the concern of the no-deal outcome and its potentially dire effects. If you are looking for other growth-leaning updates, the critical and known updates are on the docket for next week. The IMF is due to give its updated forecast for the world - the new Director has already set expectations low - and China will report its closely watched 3Q GDP figure next Friday.

Chart of GBPUSD and Wicks (Daily) 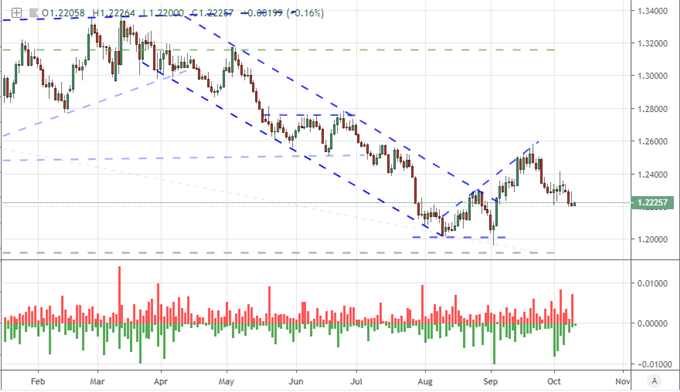 Outside the twin threats of volatility, monetary policy continues to rumble in the background. Direct readings on the intent of major central banks this past session was most obvious from the Federal Reserve. The Chairman's remarks Tuesday to reiterate concerns of growth and trade fallout were over-shadowed by the official statement that the Fed balance sheet would continue to increase. The assurances that the purchases were not the Quantitative Easing (QE) of the past decade but rather just a means for ensuring stability and liquidity - which is what they said about QE - will nevertheless contribute to the distortion of the financial system and draw greater attention to the ineffectiveness of what has already been employed thus far. Should confidence in stimulus and zero interest rates falter, the implications will be severe. 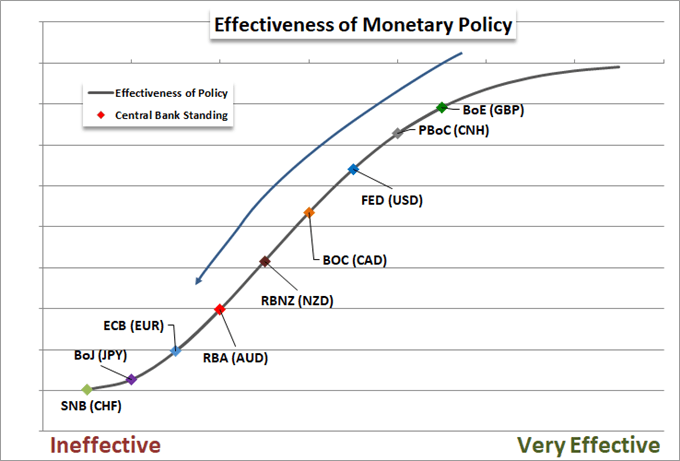 The systemic influence of monetary policy is one of my greatest concerns about the future stability of the financial system. That said, we have lived in a state of ignorant bliss as to the unreliable influence of monetary policy for some years; so awaiting for its eventual tipping point can lead drive you crazy with false starts or the believe that it will never resolve. In the meantime, we will see more productive but measured updates through this theme through EURUSD specifically. For the Euro, the European Central Bank (ECB) is due to issue the minutes of its last meeting which can give clearer insight as to the disputes that were referenced after the extraordinary course correction - and highlight the pressure points for the new incoming President. On the Dollar's side, we have the August consumer inflation report (CPI) which is the market's preferred benchmark for US policy. If the data weakens materially, it can revive rate cut speculation for a third consecutive cut in a row for the Fed. 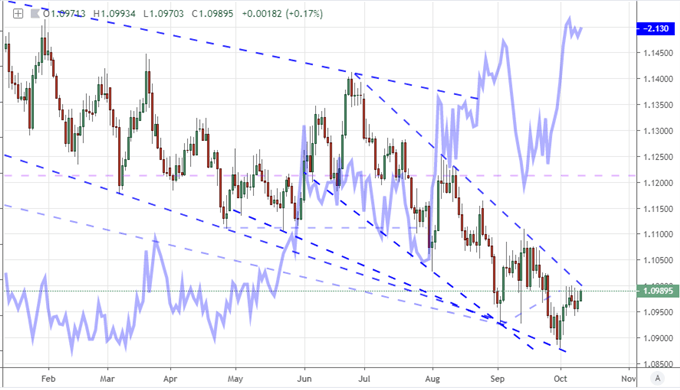