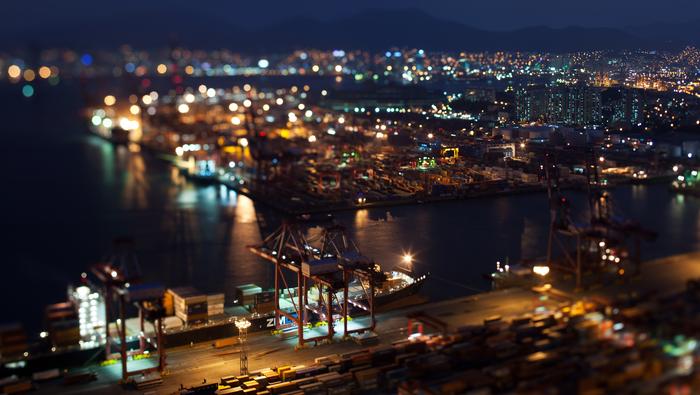 The majority in my poll run this past weekend asking traders what they believed the most pressing fundamental theme would be this week are still basking in the limelight. Though there wasn't anything in the way of traditional, scheduled event risk around it Tuesday; the state of trade wars around the world still managed to crowd out the headlines and draw the most blame for volatility and the swoon in risk assets this past session. Though US and Chinese officials are still due to return to negotiations this week, it is clear that their relationship is growing increasingly strained. Through State-supported media, China was voicing its view that constant fluctuation between trade war and trade talks with no resolution was the new normal. They would also demand that the Trump administration reverse its decision to ban 28 Chinese nationals and organizations for what it said were connections to human rights violations. In response, the government added visa bans to certain officials deemed connected to the same accusations. It was also suggested in the background, again, that the US was considering curbs on investment flows into the Asian giant. 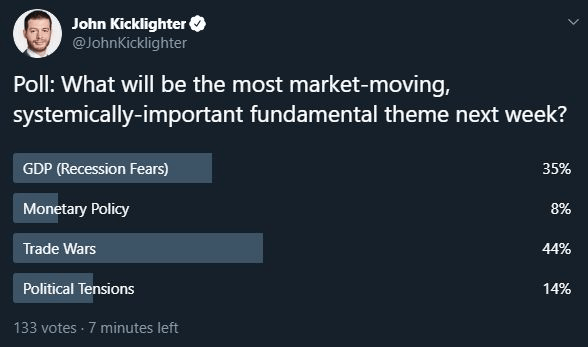 As a market-moving theme, it wasn't difficult to see the weight that trade pressures were exerting on the financial system. While there were additional measures contributing to the downward pressure, the timing of the intraday slide Tuesday aligned distinctly to the headlines about possible capital curbs and later visa bans. Further, it was clear that the news was more than just a lift to USDCNH. The top-line risk benchmark I follow - US Indices - posted a distinct gap lower on the open and strong selling pressure through the US close on the different headlines. The correlation across risk assets once again showed through with the pressure exerted upon the market. As oppressive as trade wars are to the outlook, however, there is some significant support coming into view for key markets; and the S&P 500 arguably offers up the most distinct technical curbs. With the index's 2019 trendline support and 200-day moving average coming into view once again, the required charge to break the floor is rising sharply. There are no overt milestones to benchmark moving forward, but the lingering threats of a US-China escalation are very tangible while the US-EU situation is also very noticeably hanging over a cliff after last week's announce US tariffs on EU airplanes, agricultural and industrial goods. 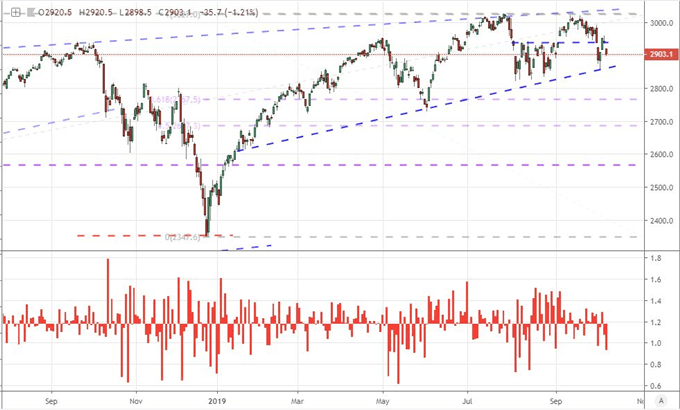 I maintain that the health of the global economy is my principal, 'traditional' fundamental concern moving forward. Trade wars are growing in prominence, but their weight is felt through the economy and markets in terms of the impact they carry for GDP. Just as appealing for this theme versus trade is the milestones moving forward that can offer scheduled infusions of volatility. This past session, there were more than a few economic releases that speak to regional economic health. China's Caixin service sector activity report for September cooled more than expected (51.3 vs 52 expected), the Japanese Eco Watchers survey outlook dropped to a worrying 36.9, German industrial production 'beat' with a -4% year-over-year contraction and US NFIB small business sentiment dropped to 101.8 with wage and qualified labor issues listed as key concerns. More tangible was the dour global outlook offered by new IMF Managing Director Kristalina Georgieva who warned we faced the worst prospects since the Great Financial Crisis and called on fiscal stimulus to keep the keel even. 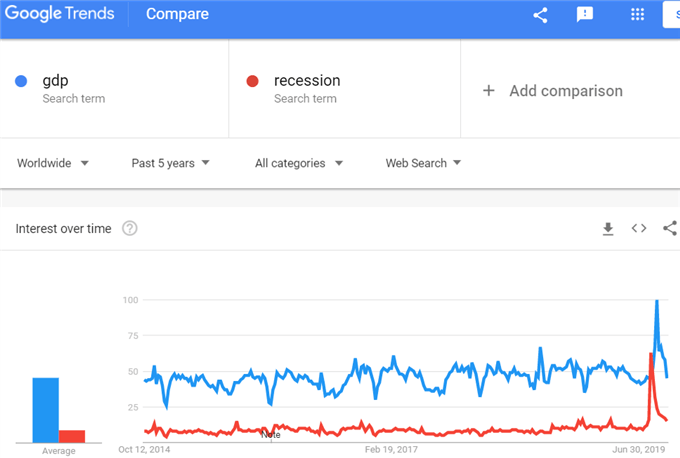 Looking ahead to the upcoming session's economic milestones, there is another wave of releases to keep tabs on. That said, my top focus for scheduled event risk is the expected release of the IMF's World Economic Outlook Analytical Chapters. The semi-annual update on the global rate of expansion is due shortly, and the risks are tangible. With so many warning signs of a stalled, decade-long expansion; traders should be on high alert. The risk is not in any individual survey, data point or forecast - that would be convenient - but rather in the systemic collapse of sentiment itself. If you want a market-based measure to use as a baseline moving forward, the state of the US Treasury 10-year to 2-year and 10-year to 3-month curves are now mainstream where once they were considered arcana.

Though it seems a distant concern at present with so many prevailing issues, monetary policy should not be forgotten as a key measure. This past session, we were distinctly reminded of the status for US policy between the country's producer inflation (PPI) indicator and Fed Chairman Jerome Powell's remarks. From the former, a monthly contraction seemed to speak to the default dovish view among market participants to justify further cuts - perhaps even a third consecutive reduction - from the world's largest central bank. Thursday's CPI is more of a baseline for the market however. As for the central bank head, his remarks call to attention the more systemic concerns over the ineffectiveness of global policy. He hinted that further cuts could be found but he made more explicit that a balance sheet increase was coming - though it wasn't 'quantitative easing' (QE). It was instead to stabilize liquidity in overnight lending; but to the market, the results of capital infusions are generally the same. My chief concern is what happens when the market decides monetary policy is no longer effective at 'keeping the peace'. 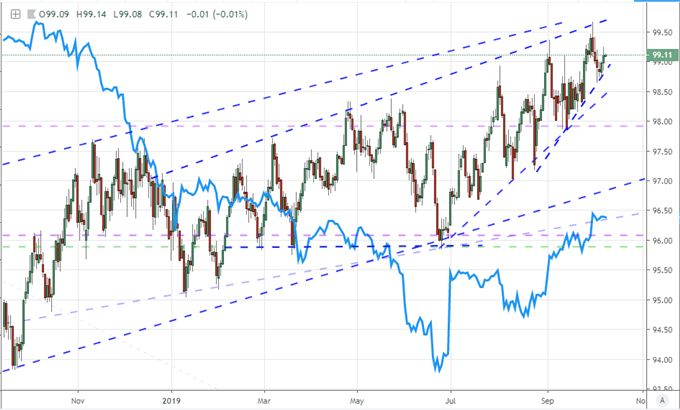 Aside from the Greenback, the most fundamentally motivated of the major currencies seem to be the British Pound. If we were operating by the official economic docket, it would seem that there was little of heft on which to keep tabs. This past session had unit labor figures and Wednesday we will find housing prices. Yet, off the docket, there is the ever-volatile state of Brexit. A sharp drop in the Pound across board Tuesday seems to reflect well the swing in the state of negotiations reported in the headlines. Reportedly, talks between the EU and UK government ended with the two sides far from a promising resolution. Both Johnson and Merkel suggested a compromise seemed very unlikely through less-than-official channels. 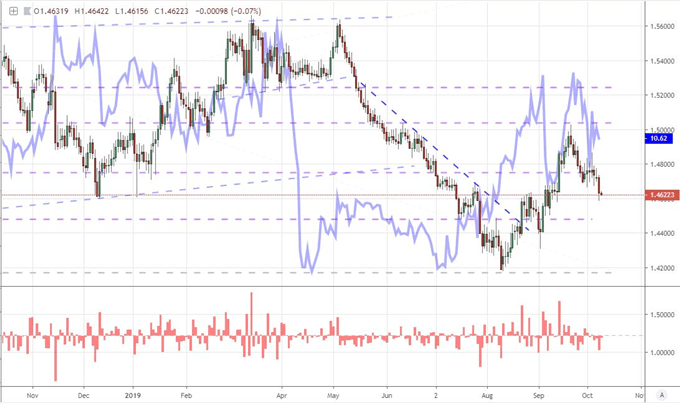