Dollar Posts a Remarkable Rally...But What Motivated the Charge

The US Dollar posted a hearty rally this past session. In scale, the move was one of the largest for the DXY Dollar Index in the past year. From a technical perspective, the charge earned the inevitable break of the past few weeks' established wedge. In a more 'productive' market environment, this would look like a strong probability break with follow through potential. With the benchmark close to its multi-year highs, it is natural for eager traders to extrapolate textbook patterns. Yet, we are dealing with conditions that are far from conducive for establishing genuine trends. Generally, a global financial market feature, we can see this to be the case directly with the Dollar whether through the exceptionally restrictive range (even if it slowly appreciates) over the past 18 months or the near-record low, long-term ATR behind EURUSD. To overcome this inertia will require a systemic upheaval - or at least a focus on a singular, principal matter.

Chart of Gold with 1-Day Rate of Change (Daily) 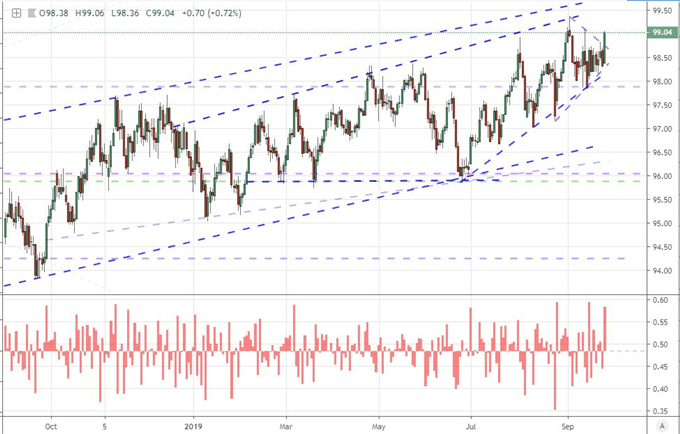 When it comes to the world's most liquid currency, it naturally stands at the cross roads of most elemental themes dictating broad capital markets. The Greenback is both the ultimate safe haven and one of the highest yielding carry currencies at the same time. It is still enjoying a relative growth advantage (though that is fading) and there is plenty of debate that the United States driving the trade wars confers it benefit. So where did we earn the specific lift this past session? Not through sentiment given the distinct disparity in performance across both risky and haven assets. There wasn't a significant shift in rate forecasts for the Fed, though there was a softening for the 'rest of world'. Trade war headlines caught some attention, but it didn't seem to be concrete intent so much as it was familiar unreliable promises. A re-assessing of the new political pressures in the US with impeachment inquiry moving forward may explain the rise in US Dollar, equities and government bond yields; but if that is the case, the potential for any follow through should earn serious skepticism.

Politics Continue to Offer Distraction but Not Direct Market Movement

Wednesday represented the first full day for which the global news cycle could digest and debate the political/market implications of the US House of Representatives bringing an official impeachment inquiry into US President Donald Trump's actions. They certainly made use of the drama with an extraordinary amount of coverage. The situation certainly made for quite a bit of print and extravagant soundbites, but the direct impact on financial markets is extremely opaque. Risk to US economic health is wide open to interpretation. There are no fiscal programs thrown into jeopardy and the supposed tax cut Treasury Secretary Mnuchin suggested recently has no firm structure to work with. Responding to the pressure, the President has warned on the detrimental side effects in pursuing trade deals if persistently distraction. 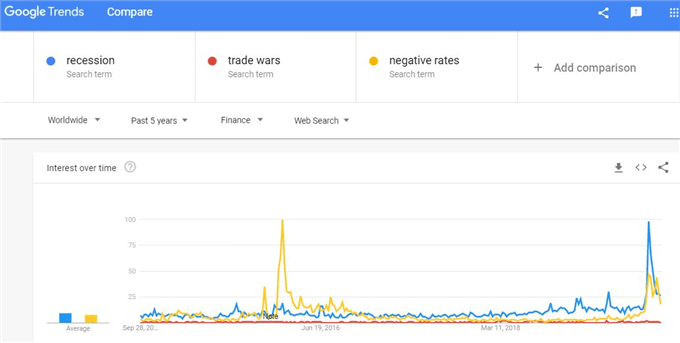 Fully distracted by the political pressure Wednesday, President Trump remarked in one of his talks that an impeachment inquiry could derail trade talks. That may be true of the USMCA (US, Mexico, Canada agreement) meant to replace the NAFTA agreement. Yet, Congress was already pressing the White House on more aggressive measures to push the deal through. As for the US-China trade war, it is unlikely that distraction would actually worsen circumstances given the extent of pressure the Administration has exerted these past months. Perhaps to sow doubt, Trump did remark this past session that a deal with China could be closer than many expect and that the country may have reached an initial trade agreement with Japan. These are too flimsy a platform to present risk. In the meantime, the Netherland's CPB world trade monitor reported that the real value of global exports dropped -0.4 percent year over year in July with the US, Japan and central Europe suffering an annual contraction in trade. Even if the trade wars were to fully reverse course at this stage (highly unlikely), it is dubious that it could suddenly provide meaningful growth potential. 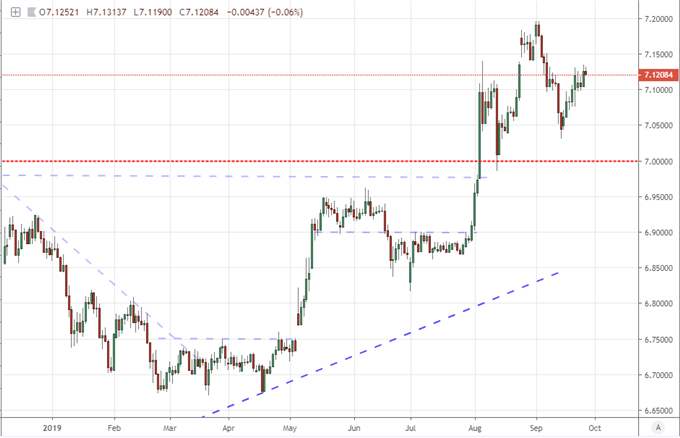 As for scheduled event risk this past session, there was a significant run of monetary policy updates. The overarching question of whether central banks can compensate for lackluster growth and the constant pressure of trade wars remains an uncomfortable question that is increasingly making it into mainstream conversation. Is less abstract terms, the Fed representatives offered a range of perspective that ranged from Chicago Fed President Evan's suggestion that rates were fine for 2019 where they currently stood to prevailing bear St Louis Fed President Bullard's view that 'a little more' easing may be necessary. The most insightful rhetoric was offered by Vice Chair Brainard who was speaking on financial stability to a House panel, attempting to play down the recent funding stress. The Fed injected another $75 billion in funds into the repo market this past session with demand outstripping the offer. Remember, we are coming to the end of the quarter where funding can prove difficult. Let's see if the central bank's plans to offer limited support every day until October 10th soothes the beast. 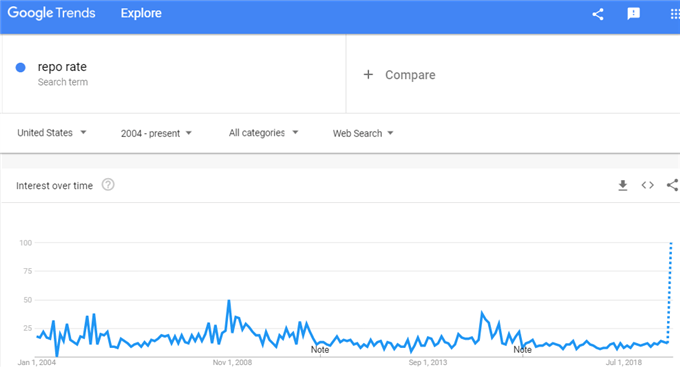 Ahead, we are facing an important list of critical central banker speeches. Bank of Japan Governor Kuroda will speak with the market fully aware that the official has attempted to acclimate global investors to the possibility that more short-term easing could be in store - as opposed to the official program of a JGB-targeted stimulus program. Bank of England Governor Carney (and to a lesser extent Deputy Governor Cunliffe) will be watched for their perspective of growth and policy against a fluctuating backdrop of Brexit. More interesting would be ECB President Draghi's remarks which could be informed by the recent early resignation of senior board member Lautenschlager over the restart of the stimulus program. From the Fed, Kaplan and Kashkari are prepared, but don't be surprised to see additional voices on the headlines with the market pricing in another 73 percent chance that a third rate cut will be delivered by the group before the year closes despite their once again forecasting in the SEP (Summary of Economic Projection) that they were done for the time being). 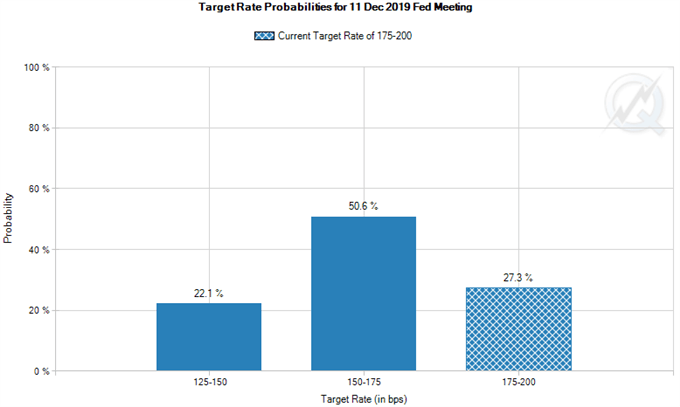