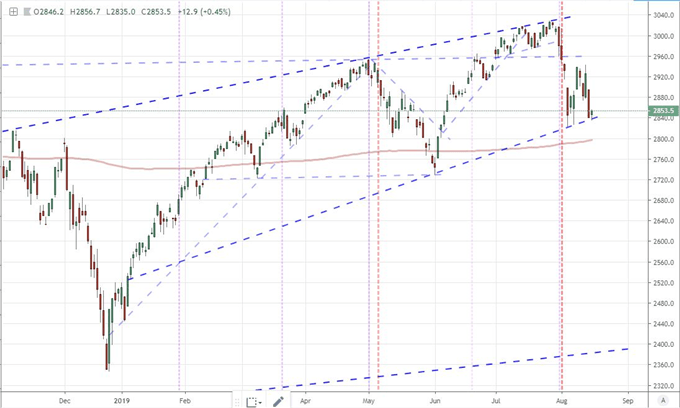 Wednesday, a broad risk aversion swept through the financial markets and threatened to detonate a long-overwrought speculative reach that had built up exposure despite the lack of tangible value. Yet, as has happened frequently over the past few years, when the fringe of genuine fear started to show through; the market managed to find its composure before too much damage was done. This past session, the S&P 500 played the familiar role of speculative ideal for the troop of diehard bulls in the markets. Like most risk-sensitive assets this past session, the US index leveled out, but its balance came specifically above a noteworthy trendline support that set the floor for all of 2019 at this point. That would seem a ready-made confluence of technical support on a fundamental opportunity.

However, if we were to use another of the US indices in a similar role, the statement is not nearly as reassuring - and certainly not the setting for taking even greater risk in buying on a dip against a genuine fundamental fear. The Dow broke its respective trendline support on Wednesday. Even more remarkably, the Russell 2000 has flagged for months and trades far from its cycle highs. Looking further outside the US markets or in other assets, we see a familiar contrast to the rosy picture that so reassures in the stock market of the world's largest economy. As such, I would suggest that sentiment is still fundamentally unstable and a more important systemic evaluation of risk/reward than a single techncal boundary on even a top risk benchmark. 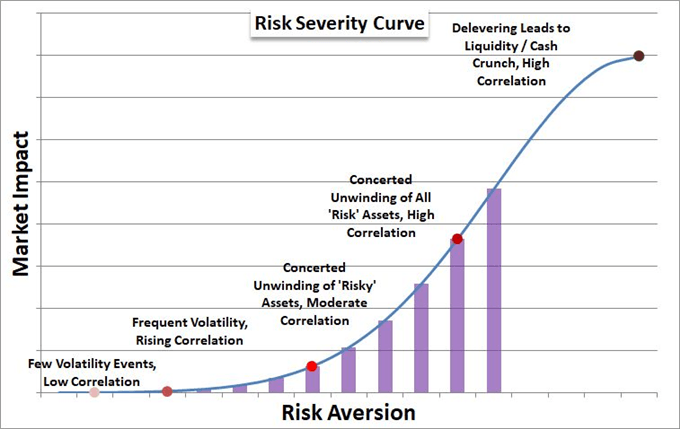 Growth is Still a Material Threat and Concern

Despite the financial market's leveling out, there is still plenty from the fundamental landcsape that is unnerving investors and citizens alike. The outlook for the global economy is still flashing overt signals of trouble. The top headline for Wednesday was the inversion of the US 10-year to 2-year yield curve for the first time since 2007. That particular segment of the curve managed to bounce back above zero this past session, but that does little to change the larger trend. Further, the 10-year to 3-month yield spread is still firmly in negative territory while the 'long bond' (30-year) pushed to a fresh record low. Further global yields are signaling the same troubled outlook. Whether this is the product of outright recession fears or belief that central banks will go 'all in' (itself a response to similar fears), the troubling trajectory is the same. 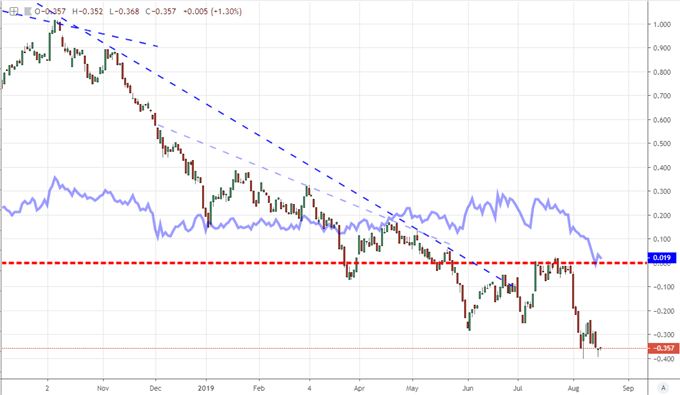 Outside the new favorite market measures of economic health, there were a few direct economic headlines that could have given optimists a little support. CEO of the world's largest shipping company, Maersk, said he doesn't forecast a recession for the US economy in 2019 or 2020, but fears were tangible and trade wars were weighing. President Trump would also attempt to soothe markets in his own way but suggesting the US economy was the largest (true), but his assessment of consumers in the best shape and business sentiment at all time highs doesn't match the data or market mood. Further, his assessment that the US will grow as the rest of the world struggles is far off the mark.

While growth is the principal theme at present, like sentiment, it rarely unfolds on its own. Contributory fundamental themes tend to tip it towards recovery or contraction. This past session, there were issues on both sides of that equation. On the unfavorable standing between the US and China, there was some inexplicable interpretation of warmed relations through remarks that China hoped the US would meet them half way towards the verbal negotiations made in Osaka. That seems more like critique of a stubborn counterpart which is familiar nowadays. Meanwhile, Chinese officials stated clearly that they must take necessary countermeasures to meet the US $300 billion in additional tariffs (or whatever the new number is after the adjustments). No ambiguity there. If anything was tentatively reassuring, it was Walmart's earnings beat and full guidance forecast upgrade. 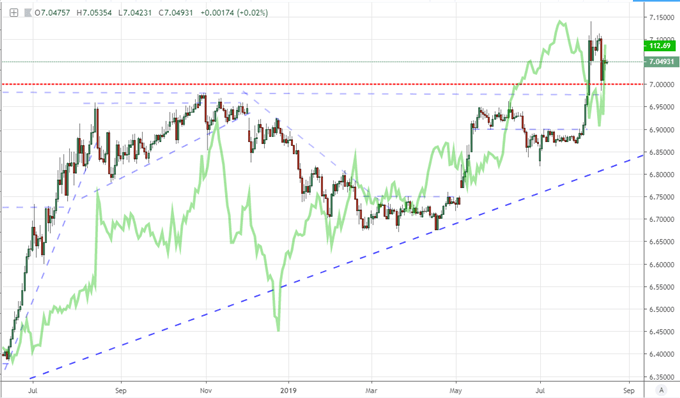 As for other floating major fundamental theme - monetary policy - EURUSD was offering a distinct contrast worthy of obvious market movement. From the Dollar's side, reports started to circulate that Federal Reserve Chairman Jerome Powell was putting central bank staff on a media blackout. That would make sense given that market's fixation on any signal that could be interpretted as evidence that a recession or fanancial crisis is approaching. Yet, if this was an official order given, James Bullard seemed to already break the rle given he stated in an interview that the world economy was in the middle of a slowdown and the Fed was evaluating the influence on the US. We will see whether this is an official command given as a barren speech schedule between now and the Jackson Hold Symposium next week will draw attention...and likely more concern.

In contrast to the ambiguity and possible call for quiet, ECB member Oli Rehn made a clear statement that European authority should pursue a significant package for further easing with the September meeting. Given the deposit rate is already negative, the group is the middle of an L-TLRO and they made no move to reduce their stimulus-driven balance sheet since capping it in December; this should raise as much concern as reassurance for risk trends. What is necessitating such extreme effort? Keep tabs on EURUSD and whether we make any serious efforts to break 1.1000 in the foreseeable future.

Chart of EURUSD and 3-Day Rate of Change (Daily) 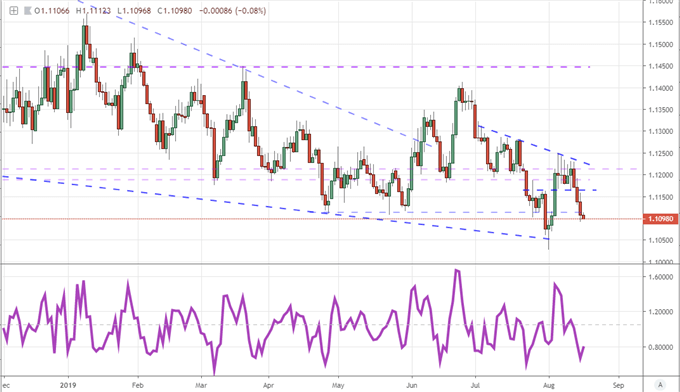