A Break Lower for S&P 500 Prices and EURUSD - Are These Trends?

The Pressure and Focus on GDP is Increasing for the Markets

There were fundamental fireworks over the past 24-hour session and the interpretation was not limited to the facile impact that we came to expect in previous years. We are seeing increasingly that all roads are leading back to the underlying health of the global economy and financial system. We are two weeks into a supposed reversal in course in US-Chinese trade relations, and the response is clearly weak from capital markets. It was reported that President Trump wants a deal to be struck soon so as to help spur a recovery to support the 2020 election cycle. He may find that conditions are rolling over whether or not the two largest economies work out their differences. The ECB rate decision this past session certainy spurred the Euro to life with fresh stimulus, but it was the significant downgrade in growth forecasts that really seemed to seize the markets.

Rather than feel the stimulus high we've seen so many times in the past, European indices dropped and their US brethren similarly felt the impact. In fact, the S&P 500 and Dow marked critical technical progress on the reversal of January to February recovery efforts. If the S&P 500 decides to continue its slide below the 200-day moving average - for which it is holding dangerously close as of Thursday's close - it could drag broad sentiment down with it. Looking out across other risk assets, we find the broad mix under the same spell of unease from emerging markets to carry trade to sovereign bond yields. And, the peak of temporary salves is not ripping attention away from the slow-moving economic slide registered by the OECD, Beige Book, Chinese People's Congress and now ECB this week. 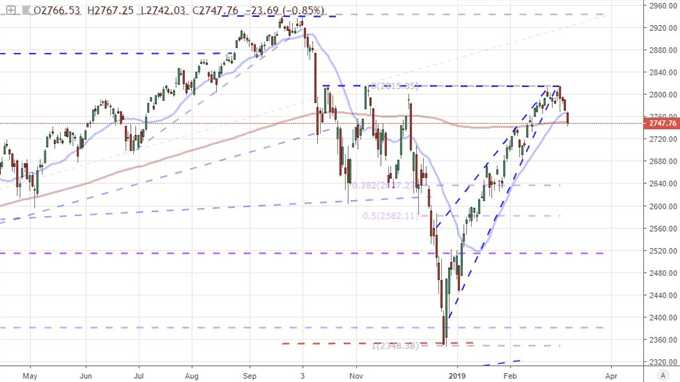 ECB Rate Decision Sends EURUSD Below 1.1200, Will US NFPs Extend the Move?

Top event risk this past session was clearly the European Central Bank's (ECB) rate decision. The group was expected to take a dovish tone and to lower its forecasts, but what the market witnessed was far more aggressive on both counts. For its economy - one of the largest collectively in the world - the group delivered a crushing downgrade to its forecast from 1.7 to 1.1 percent. Their inflation projections also dropped heavily from 1.6 to 1.2 percent. The central bank went on to list concerns including persistent geopolitical uncertainties, protectionism and the vulnerability of the emerging markets. To respond to this threat, the ECB would also announce the third implementation of its targeted longer-term refinancing operations (or TLTRO III). Following the 2014 and 2016 efforts, this would be quarterly infusions of cheap lending to European banks to encourage finance-led growth starting in September 2019 through March 2021. Should we consider this a stimulus that can ward off the impending night?

The first two were supplemented by the QE program (which just ended in December), so you be the judge. While it leaves questions over growth, it did lead the Euro to drop as is usually expected. EURUSD dropped sharply and dipped below 1.1200 to slip the November swing low and pressure the 61.8 percent Fibonacci level of the 2016-2018 range...which also happens to be the 61.8 percent Fib of the pair's historical span back to the inception of the Euro in 1999. Whether this tentative break turns into an undisputable bearish transition will depend in large part on the Dollar. Coming up, we have the US NFPs. These are less effective a tool for prompting any Fed speculation, and that is indeed not something the broad market is showing much interest. Yet, if it is a significant disappointment, it could very readily trigger another concern over the economic forecast. If EURUSD continues its move, there is certainly opportunity there. Yet, if it stalls, my interests align more with the likes of USDCHF. 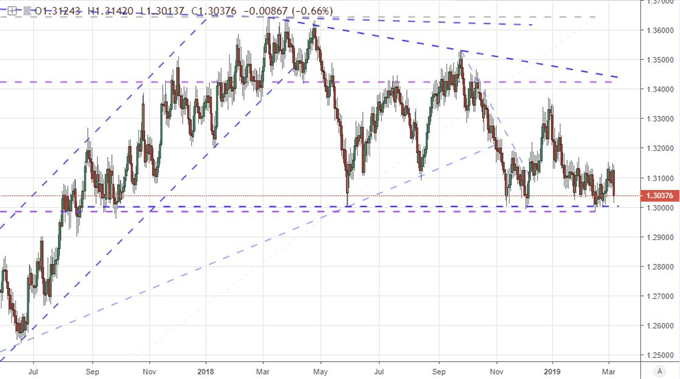 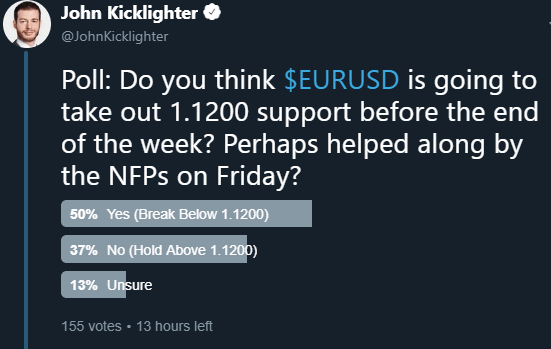 Canadian Dollar Has Its Own Spark, Pound Swoons in Sympathy, Gold Holding Steady (in Dollars) is Significant

Top scheduled event risk for the final trading session will undoubtedly be the US employment statistics. The financial media has been whipped into a frenzy and they will be looking for any catalyst that can trigger the next bout of volatility - and therefore, so too will traders. That NFPs are a reliable source of that activity stretching back to decades, but we know the focus is shifting and this catalyst is generating far less charge. That is a good reason to instead keep tabs on the general themes. However, there is still targeted volatility to find in the system. For example, the Canadian employment statistics have a strong history of triggering abrupt moves. With the Loonie already limber following the BOC decision, this could find a supplicant outlet.

Thematically, it is also vitally important to keep the focus on Brexit when considering the Pound. Like the Swiss Franc, the Sterling moved in sympathy to the Euro's drop; but the currency's previous struggle only made that move all the more prominent. If you're looking for follow through, it would be wise to default to skepticism. There are critical votes due in the UK Parliament next week. Tuesday will put Prime Minister May's latest Brexit proposal up for debate. Should it fail, they will then weigh whether or not to write off a 'no deal' outcome altogether and then they will discuss whether to push for an extension on the Article 50 period. The outlook can result in a dramatically different course depending on how the votes steer the UK.

Another market that deserves a closer look this past session was gold. The precious metal priced in Euro's rose smartly as the currency's depreciation spurred the appetite for alternatives. Yet, where the Dollar seemed to be one of the principal benefactors to the second most liquid currency's tumble, gold priced in USD was essentially unmoved on the day. Those central bank concerns and reactive policies are reminding market participants of the variability of value in fiat. We discuss all of this and more in today's Trading Video. 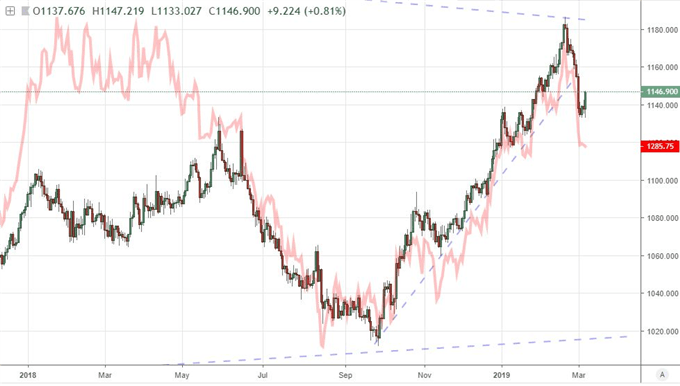