A Range of Unresolved Yet Overwhelming Fundamental Themes

We have seen a host of systemic-important fundamental themes wax and wane for influence over the global markets, but there has always been a catalyst to take up the reins when others offered respite. At the moment, it seems more than a few of these drivers are collectively gaining influence, threatening to overload speculative complacency and potentially set markets to volatility once again. Much of the headlines through the past session remained with the US government shutdown thanks to the focus on President Trump's planned press conference on the border wall, illegal immigration and the government's partial closure. We have seen similar Presidential updates in the past move markets and the slow bleeding of GDP as the shutdown drags on makes this an important event. It is interesting that as much attention as the shutdown has earned, an update on global growth by the World Bank seemed to go by with little-to-no response from markets. The group further downgraded its 2020 forecast for advanced economies, the US forecast for next year was lowered 0.3 percentage points to 1.7 percent (though 2019 was remarkably unchanged despite recent data headwinds and the shutdown), while the EU's and Chinese projections were also downgraded. Between active development and sheer potential market impact, the trade wars remain my tope concern. It was reported that US and Chinese mid-level negotiators were making progress with compromise from China to buy more US goods and allow American interests more access to the economy. Yet, there was no sign that something significant was ready for signing and more controversial issues weren't broached. The market is showing less enthusiasm for jawboning as too many suggested points of progress have failed to materialize into action. Perhaps a little more reliable for market impact is the upcoming meetings scheduled between the US and European trade ministers and another meeting which will add Japan's representative. If the US were to take the step to direct its trade war at the EU or Japan, the probability of a stalled global economy would rise dramatically.

As systemic as the fundamental themes that are currently under watch may be, risk trends are still coasting. The rebound from the S&P 500's tumble into official bear market territory as of December 24th continues, but the pace has notably decelerated. The benchmark US index put in for a third consecutive advance as it closed in on 2,580. This figure hosts the combination of the midpoint to bear leg from November's high to December low as well as the 38.2 percent Fibonacci retracement of the stretch between the record high set in late September and the same December trough. That is moderate technical weight in my estimation, but it is appropriate given the density of supposed resistance levels overheard and the market's growing requirement for more tangible fundamental stepping stones to return the markets to a more reliably bullish trend. What is more remarkable to me in the S&P 500's case than the levels we are marking is something like the size of the opening gaps. The past three are positive but the size of the jumps from previous day closes (whether bullish or bearish) are averaging much larger gaps. That is indicative of volatility which can quickly destabilize markets. We see the same picture from the index's 20-day average true range (ATR) - a price-based measured of volatility. In other risk assets outside of US indices, we find varying tempo efforts to stoke recovery, but they are generally more restrained and starting from much lower levels. To reasonable expect a return to record highs for the likes of the S&P 500 and Dow, a concerted (correlated) move supporting risk appetite is essential. Without it, the recovery will always be at risk.

Dollar is Fundamental Sensitive but Lacking Catalyst, Euro in Abundance but Resistant

I took a poll yesterday asking whether traders believed the Dollar was going to break proximate support and start more earnestly to reverse its gains over the past 10 months. The majority of respondents believed we would hold, but it wasn't an overwhelming expectation. The Dollar has a number of fundamental winds vying for its attention but it is unclear which will take the yoke to establish a productive move whether it be bullish or bearish. That it itself poses a problem for clearing the distinct support on the DXY - which translates into explicit resistance at 1.1500 for EURUSD. It is also worth noting technically that the Greenback has few other clear patterns staging for a critical move across other major peers. Trade wars, government shutdown, downgraded US growth forecasts and a rebound in Fed rate forecasts since Friday all offer a mixed picture for the currency which will breakout trading difficult. In contrast, the Euro is garnering a clearer view on its fundamental course, but the currency is proving more resilient to the reality. This past session, German industrial production reported a sharp decline on the month and the deepest year-over-year slide since the financial crisis. The fear of a recession for the economy has grown and that is a threat to the Eurozone at large as this is its largest member. Sentiment data for the Eurozone in the meantime would also slide this past session. Ahead, the German trade figures and Eurozone employment update will draw closer focus. Yet, will it generate significant currency response? 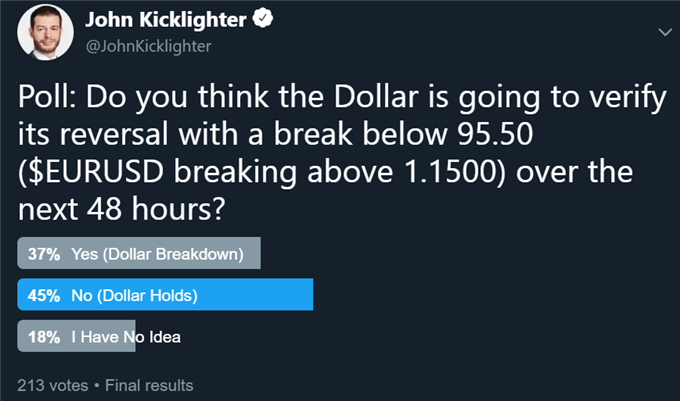 Looking out over the next 24 hour period, there are a number of noteworthy discrete economic updates. However, the most binary and potentially market-moving event will be the Bank of Canada (BOC) rate decision. The central bank is not likely to change its policy following the recent downgrade issued in forward guidance, but the Loonie's charge this past week has lowered the bar for market impact. A five-day rally for the currency and drop from USDCAD is both impressive consistency and heavy momentum for progress. While expectations are already bearish, the currency's bounce can still register disappointment. Outside of the currency market, commodities are staging possible larger moves. From gold, the past week has established congestion that has placed a pin in the under-the-radar climb the metal has made. The clarity on the range whether priced traditionally in the Dollar alone or an index pricing via the major currencies. From oil, progress continues to track forward. The benchmark energy product is up six consecutive trading days for the longest advance since May. That said, it is still early in a reversal, which will draw in considerable technical interest. That said, the fundamental needs for this move are not small. Be wary. We discuss all of this and more in today's Trading Video. 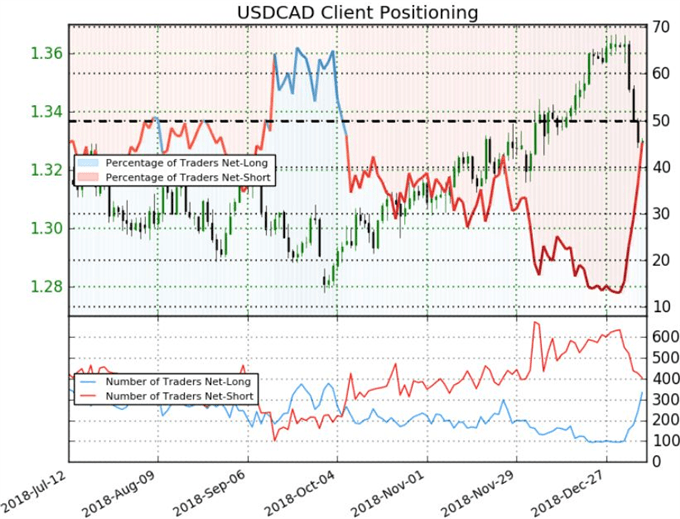