Risk Trends May Fend Off a Critical Breakdown Utilizing Liquidity

There have been few encouraging - much less legitimately inspiring - headlines crossing the global financial wires. In fundamental terms, the markets are looking for favorable winds in the delay or (less frequently) the removal of systemic threats. That can certainly earn buoyancy for certain speculative assets and even the market as a whole, but it is not a source of sustainable lift that can terraform the landscape into anything resembling the favorable backdrop that the buy-and-hold crowd had took granted of for nearly a decade. That should shape our trading approach. If there are limitations for full-blown bullish trends on risk-leaning markets, then we should look for strategic opportunities on assets with a fundamental discount, timely technical opportunity and ideally an explicit catalyst for support. In short, we should be more selective with a shorter duration in mind. Yet, the deflated potential of complacency should not keep us from seeking out opportunities, regardless of what side of the risk spectrum they sit. This past session, the US indices put in for a notable bounce. The S&P 500 posted its first bullish close in six trading sessions - though it didn't earn a higher high in the process. This helps curb the potential for a critical, long-term bearish breakdown this week or next as liquidity in the forthcoming holiday period will work to anchor the market's intent. Whether we see the S&P 500 break 2,600 or the EEM emerging market ETF overtake its descending trend channel resistance anytime over the coming week, I will view the move with skepticism. 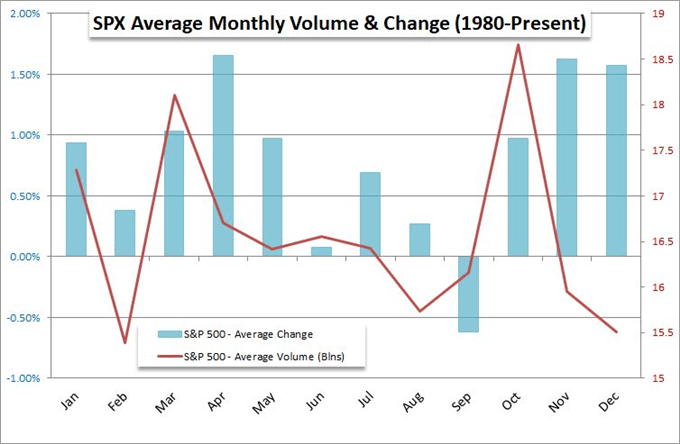 While seasonal conditions and a systemic restraint in speculative intent may deflate intent in trends, that does not mean there will not be significant movement for which to account. The Sterling is proving itself a clear example of how volatility can arise around targeted fundamental influence. The currency suffered another dramatic intraday bout of volatility this past session as Brexit once again commanded the headlines. Following on reports that Prime Minister May and key EU negotiators had hashed out a draft of the divorce deal that both sides could agree to, we were waiting to see the next difficult stage in the long gauntlet: how May's cabinet would respond. As was expected by many, the concessions necessary to earn the EU's approval were anathema to what the PM's colleagues were willing to accept. News that senior cabinet members had resigned charged volatility as fear that the government would falter with May tendering her resignation. After a long wait to hear her press conference, however, she would ultimately not step down. That didn't offer the Sterling any recovery from its earlier losses though. GBPUSD suffered its biggest single-day loss in over a year and the worst two-hour drop since the 'Pound Flash Crash' back in October 2016. My equally-weighted Pound Index registered its largest single day tumble since the Monday following the surprise outcome of the Brexit referendum back on June 23rd, 2016. Avoiding a breakdown of the government is a positive for the markets as it prevents another impediment to coming to the already troubled resolution to the UK-EU separation. However, the situation is precarious and progress would be difficult to mark in the negotiations even if May's hold weren't in question. If there is one thing to expect from the Sterling moving forward, it would be uncertainty and volatility. 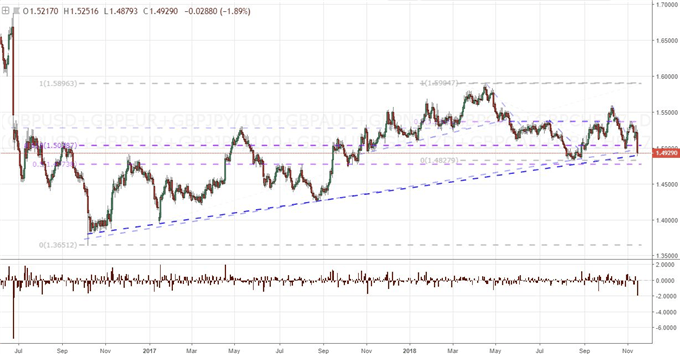 Dollar's Position Between Upheaval for Counterparts and Underappreciated Systemic Risks

The British Pound is the world's fourth most liquid currency (according to the Bank of International Settlements' last update). Yet, the impasse on the Brexit threatens another currency: the Euro. An equally-weighted measure of the world's second most liquid currency managed a very tepid gain this past session which should raise very little appetite to call for reversal. Nevertheless, it is remarkable the recognition that a major EU member is dead set to withdrawal from the community and another - more critical - member of the Eurozone is positioning for a no-win situation, yet the representative currency is holding steady. This sudden discovery of balance however does not absolute the slide of the past few months. Seeing a drop from three of the four most liquid currencies (the Yen has also slid in the periods of bounce for risk trends) leaves very few options for finding an alternative outlet with the necessary depth. In slides the US Dollar. The trade-weighted (read EURUSD-heavy) DXY is standing on the border of a 16-month high but the past two days have seen dojis. An equally-weighted measure still finds the Greenback struggling within a long but restrained bull trend. There are certainly issues that the Dollar faces moving forward - an intensified sensitivity to risk trends, the disparity in influence via rate forecasts, trade war fallout, the risk of a sovereign credit fallout. Yet, if these threats are not active pain points for the USD, it can actually tread on its advantages. It is not always a critical driver, but always start with the evaluation of: liquidity, liqudity, liquidity.

Chart of Reserve Use of Major Currencies 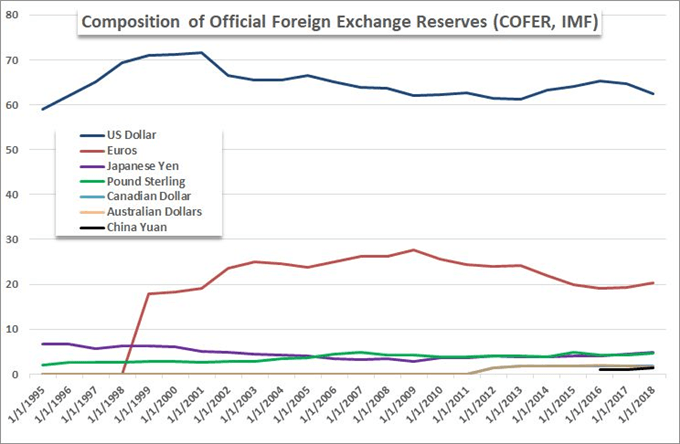 Over the past months, we have seen some remarkable tumbles. US indices weren't the hardest hit of the global equities markets, but their status as the last bastion of complacent speculation signaled something more material in sentiment. Perhaps reflecting the same motivation, the FX market's favorite high-yield carry currencies were also pitched into a long retreat owing to the tumble in risk appetite and the retreat in interest rate expectations. Yet, eventually, these currencies will hit a level whereby a historical low level for their cash rates finds balance in the open market - or stated in a different way: the market no longer has material exposure to the currencies for carry trade purposes. Perhaps we found that speculative trough this past month. Both the Australian and New Zealand Dollar defied the risk aversion that struck through October and even overrode some detrimental event risk to hold steady and even recover lost ground. While AUDUSD and NZDUSD alone look technically impressive, a review of the individual currencies is even more impressive with a backdrop of excessive speculative short exposure to work against for recovery. In contrast, the nearly 30 percent tumble in US crude oil (WTI or West Texas Intermediate) hasn't prompted a hearty rebound. We called to an end a record breaking string of consecutive losses for the benchmark commodity Wednesday, but the turn was only barely qualified on a technical basis. This would seem a stretched market that could offer traders a speculative platform to prompt a recovery, but reports of US and Russian inventories, curbed forecast for demand and a speculative bent generally unappreciated are all working against a true recovery. And in the meantime, the extreme charge in natural gas futures was distinctly reversed in line with what we come to expect in markets that reject comfortable and productive trends. We discuss all of this and more in today's trading video. 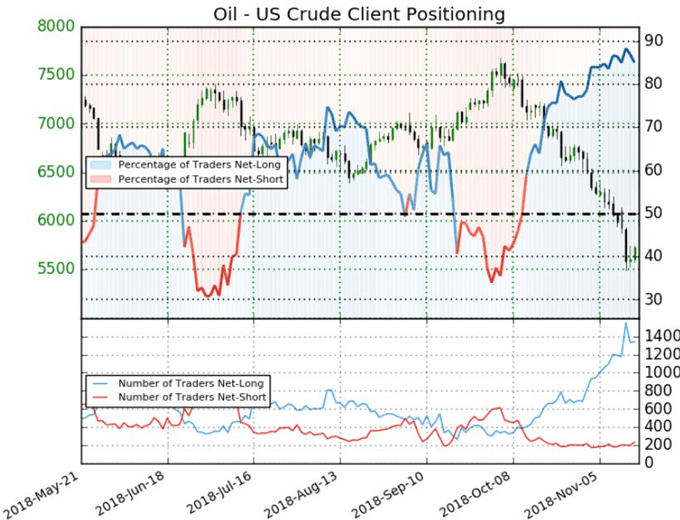