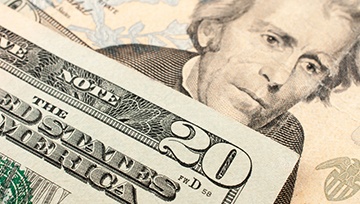 Dollar Benefits More from Euro and Pound Uncertainty than FOMC

Netflix Earnings Fall Flat in Inspiring the Running of the Bulls

As far as conditions can be staged to support a speculative outcome, everything seemed to be in place for bullish to carry the day in speculative markets this past session. And yet, optimism wouldn't show. Benchmark 'risk' measures had already fostered an environment that risk appetite could flourish in earlier this week. Following last week's universal collapse in risk assets, the consolidation for US indices above overt technical support (long-term and well-worn trendlines) revived a familiar sense that complacency would not allow bears to undermine a years' long climb. Whether motivated by deep enthusiasm or merely the appetites of the dip buyers, the rally posted by the likes of the Dow and S&P 500 Tuesday put speculative interests back on track with the long-term bullish bearing. In other words, the environment was perfectly staged for encouraging event risk to extend a recovery move that still had considerable range to cover before the hard work of conviction would kick in. It would seem that such a backdrop was ideal to leverage the impact of the strong afterhours Netflix earnings the previous day. Indeed, NFLX shares gapped higher on the open, as did the high market-cap tech grouping of the FAANG. Yet, neither registered follow through on the day. The tech-centered Nasdaq 100 index similarly lacked for lift on the news, and the S&P 500 and Dow had little reason to draw benefit when those assets closer to the light couldn't. This says something about the underlying bias of the market. Perhaps the long-term bullish setting is wavering after two painful stumbles this year. 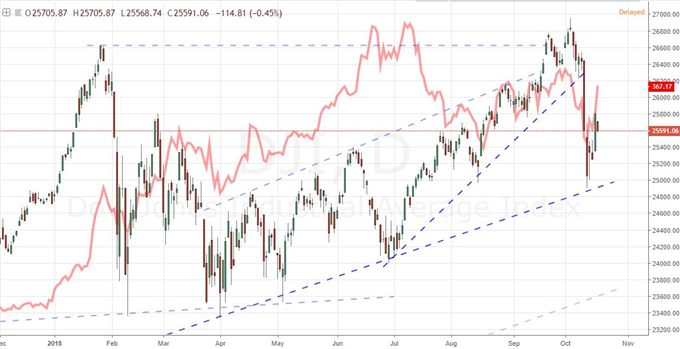 Amongst the major currencies on the day, the best performance was registered by the US Dollar. That is not as common an occurrence as we have seen in previous months. If we are expecting more conviction for this currency than we are seeing in the indices, it is important that we know where to look. For easily digestible fundamental fuel, Dollar bulls could assign the day's performance to the FOMC minutes. There was little mistaking the hawkish lean. Relative to previous updates, there was perhaps a slightly more hawkish perspective owing to the increased uncertainty in growth (IMF forecast) and financial stability (trade wars). With both the Fed's Summary of Economic Projections (SEP) and market-based rate forecasts (via swaps and Fed Fund futures) standing, it would seem the kind of premium boost that we would expect to encourage gains. However, most of the day's performance was registered before the transcript hit the wires, this is still 'status quo' even if a contrast and the fact that the Greenback slid in 2017 despite three Fed hikes has changed the speculative assumptions. A more significant contribution for the Dollar is perhaps the updates on trade wars. The Treasury released its semiannual FX report and the government did not label China a currency manipulator. That supports ongoing trade - and in turn global use of the USD - but this standoff is far from over as was evident in references to US trade with China, the Eurozone and Japan on the day. Arguably the most productive lever for Dollar gains was the weakness of its primary counterparts. With the Euro and Pound struggling through the EU Summit's first day of meetings, the transfer to greater liquidity would find even the tepid bid for the Dollar appealing. 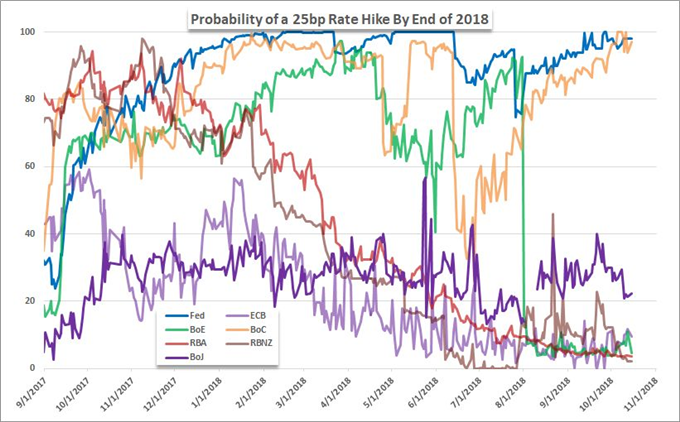 The general retreat from the British Pound and Euro this past session was not particularly aggressive and certainly not self-sustaining. However, it stands as testament to the market's sensitivity to the topics the European Union (EU) Summit is expected to cover. According to European leaders themselves, the gathering's primary concern is the state of the UK's divorce from the Union. Brexit discussions have publically stalled over the past weeks and months, which has thrown the default speculative markets into persistent state of uncertainty. Considering the warning a US Treasury official made yesterday and the IMF issued last week about the global implications of a bad outcome from this event, there should be little surprise that the world's investors are paying attention. That said, the impact is far more direct and severe for the British Pound. And, following the first day of talks, it was clear that no sudden breakthroughs in the deadlock would be found. It was reported that no November summit to discuss Brexit was expected to be called unless Michel Barnier found decisive progress on the discussions. In the meantime, the disappointment in UK consumer inflation statistics and BOE Deputy Governor Cunliffe's warning that a bad outcome from Brexit negotiations could lead to a steep Sterling slide seemed to earn the currency a retreat in anticipation for day two. For the Euro, progress on the Italian budget situation was even less material. It was suggested by a few EU officials on the sidelines and unconfirmed sources via media that it was very likely the group would reject Italy's draft budget. That comes as little surprise, but it is still an issue for the Euro to adapt to. 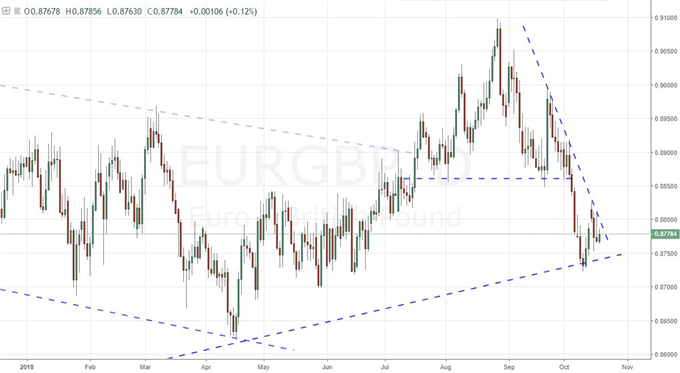 Aussie Dollar Has Data Ahead, Oil Responds to Inventories, Other Speculative Drifts

As other majors deal with overwhelming fundamental themes with no small measure of ambiguity as to how their progress should be judged, there are certain other currencies that are operating on more of a black-or-white balance. The Australian Dollar is one such major. The September employment statistics and NAB-based business sentiment survey for the third quarter are meaningful updates on the economy. That said, the more material fundamental update is likely to come from a completely different economic docket. The Chinese 3Q GDP report and round of important monthly readings will give a status check on Australia's largest trade partner - the consumer of so many its raw material exports that the two economies have grown so connected that the both were able to avoid recession during the Great Financial Crisis. The Australian Dollar has seen a notable bounce this past week with little regard to general risk, yet the critical technical break has yet to be made. The same cusp-of-conviction move has been made by the New Zealand Dollar. The 3Q CPI update earlier this week was clearly an effective short-term driver for the currency. However, the data clearly falls well short of establishing a self-sustaining trend and NZDUSD technicals show it. In commodities, gold is awaiting the collective wave that washes out the world's most liquid currencies as the $1,210 technical break was clearly not enough to secure self-determined momentum. For progress, crude oil was more remarkable. The US benchmark grade WTI contract slipped back below the midpoint of its 2011-2016 bear trend just above 70. That said, the European favored Brent contract would clearly not make a bid to break its own key support at 80. We discuss all of this and more in today's Trading Video. 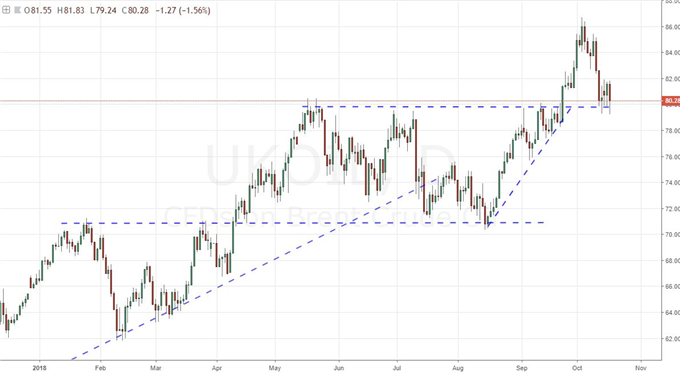