Dollar Rally Wavers Just after EURUSD’s Break and Before NFPs

While benchmarks US equity indices have lingered at record highs the past few weeks, the confidence these levels alone would inspire was undercut by a clear lack of progress in the projection of a sustainable bull trend. Through Thursday's session, we saw the conviction that the S&P 500 and Dow would act as the guiding light of other wayward risk-oriented assets rupture. While all of the major US indices were under significant pressure, the most technically-engaging move was from the S&P 500. The speculative-favorite broke a rising trend channel support and very nearly called an end to a period of quiet calm that has supported the casual divergence between the country's equities and most other speculative asset types. Though its intraday spill was hefty, the measure managed a late-in-the-day bounce that prevented the market from registering a 1 percent or greater loss on the day. That notches the tally slightly to 71 consecutive trading days for which the benchmark has not suffered a moderate loss in a single session - an uncommon distinction over the past decade of bull trend. What this index and US equities do next will carry heavy weight with the broader financial system. This segment of the market has managed to defy the strain experienced by virtually ever other speculative pacesetter I monitor. As I've said before, the S&P 500 and its close peers are the best measure of risk trends due precisely to their discrepancy. If sentiment is so corrosive that even *these* milestones are dropping, it sets the stage for a possible full-scale withdrawal. 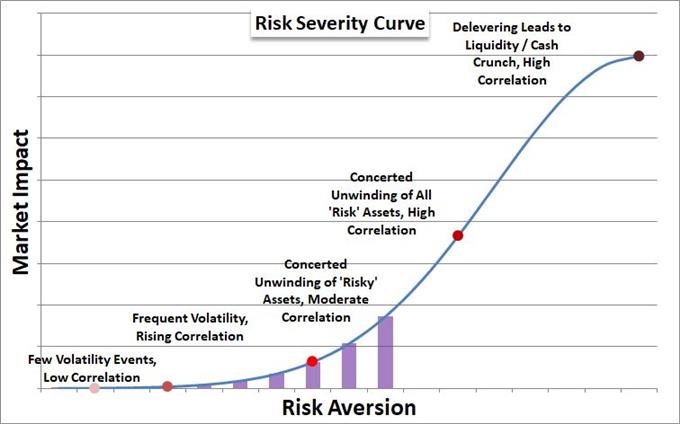 Seeing a technical break is one thing, following the fundamental headlines or theme that is dragging investors to an inevitable trend is something completely different. It is possible that speculative exposure has just grown too massive that it collapses back in on itself, but relying on such a motivation for conviction can prove Gadot-esque. Instead, when there are overt fundamental flags that the trading rank can rally behind to justify their build up in exposure or their panicked flight, the momentum is far more likely to build into a meaningful trend. The theme to open this week was just such a source of gravity. Trade wars are still generally unresolved and a global blight with the US and China applying tariffs on $310 billion in each other’s' goods, but the breakthrough on NAFTA was still a point of relief. That confidence showed limited reach towards the core of risk trends, but even those assets more closely associated to the news have already lost traction. Where the US Dollar and Mexican Peso showed little traction from the onset, the Canadian Dollar was at least leveraging a relief rally. The Canadian Dollar however has lost lift these past few sessions, suggesting that spark of enthusiasm for the broader market isn't coming. Ahead, our focus will be drawn to another favorite topic: high profile scheduled event risk. Top data listings from the docket Friday are the September US NFPs (and other assorted employment statistics) as well as the August trade balance. That is the proxy for GDP and Fed rate intentions along with the most simplistic measure of trade wars. The impact potential is high, but the combo's ability to stoke a lasting trend - especially on a Friday - is low. 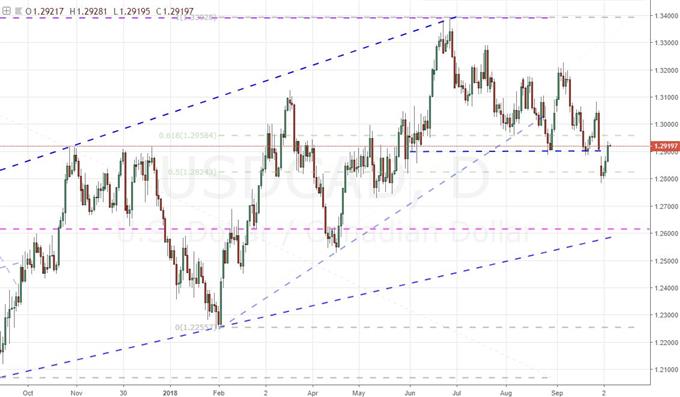 Dollar's Remarkable Charge is Not Infallible

Similar to US indices ability to break free of the gravity afflicting global equities, so too has the US Dollar seen its performance divergence meaningfully from its peers - though for a notably shorter period. The Greenback has posted a robust advance these past few weeks and was on pace to extend its bullish count to match a climb that marks the currency's best performance (December 2017) since the election back in November 2016. Instead, the greenback put in for its first drop in 7 trading sessions, and threw traders' conviction. With the run through Wednesday, EURUSD managed to clear 1.1500 support which translates into a moderate breakdown. A break that stalls immediately after the support is cleared does not immediately scuttle the bearish potential behind the market, but the currency's struggles run far deeper than just these surface level technical struggles. Fundamentally, the motivation for the Dollar's climb lacked a deep vein of conviction. Rate forecasts and indirect benefit from instigating trade wars are possible threads to tug on for bulls, but that is hardly a ubiquitous motivator for the broad market. Turning break to trend is simply difficult to do given the uneven backdrop. Meanwhile, a more timely call to action has evolved from the 10-year Treasury yield's break to near four-year highs as it readily tops 3.15 percent. This would seem a particularly remarkable booster for the Greenback, except a fire has risen under all yields. German Bunds, UK Gilts and Japanese JGBs have all seen their government bond rates climb, slowly eating into the US market's lead. The combination of the NFPs and trade figures from the US present an effective speculative lever for the Dollar and Treasuries to close out the week. 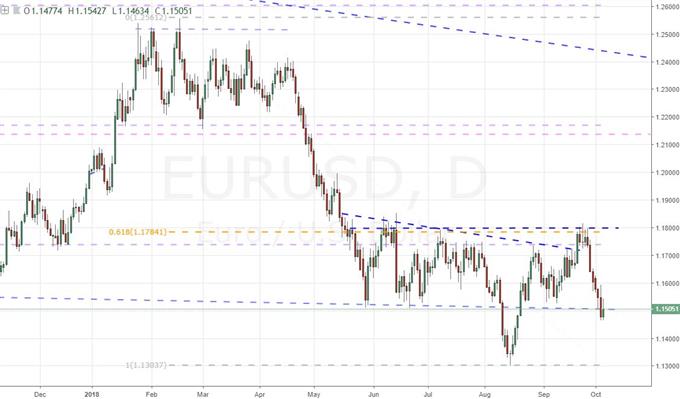 A Weathered Eye on Euro, Pound and Gold

Markets seem to be in a position where fundamental mile markers are proving greater disruptors to reliable trends than reliable ushers. For the Euro and Pound, there has been a lack of overt headlines on which to anchor speculators' views, but the commitment to specific themes is clear. For the world's second most liquid currency, Italy's standoff with the European Union over its budget targets remains a systemic threat to the financial union and subsequently the currency. The populist coalition government remains adamant that a higher deficit ratio is necessary to support growth (and meet campaign promises), but European leaders have little interest in making exceptions that others will expect to receive. As for the Sterling, Brexit has been the primary concern and will continue hold the reigns until the situation is resolved for better or worse. The Pound jumped this past session on an equally-weighted basis. Reports that Prime Minister May is readying a compromise on the Irish boarder and the European Union was ready to meeting its soon-to-be-ex in the middle have moved an equally-weighted index to a multi-month range high. Though a low probability, it would be far more likely that the Sterling find a sudden charge in a breakthrough rather than a collapse from an abandon negotiation so far from the deadline. In commodities, crude oil is advancing in starts and fits, but it is gold on which we should keep closer tabs. The metal may be comfortable in its range below $1,210 for now, but the rise in global yields is often one of the greatest threats to the precious metal. We discuss all of this and more in today's Trading Video. 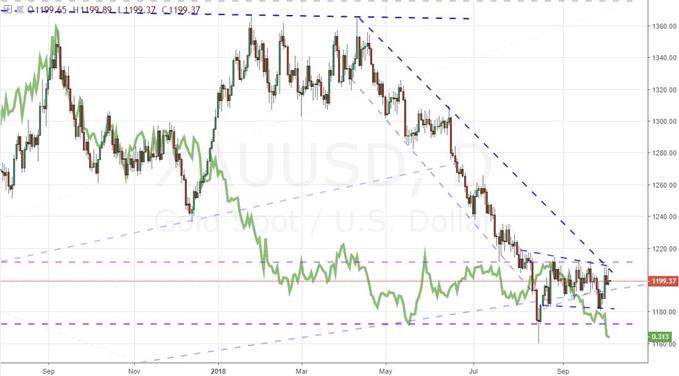