A Definitive 'Risk' Advance but Is It a Trend?

There was an unmistakable advance in risk assets this past session. Where the previous bouts of enthusiasm were concentrated on certain assets or regions, what we've seen develop this week seems to span all assets with a sentiment connection. US indices took up their lead again with the S&P 500 jumping to a fresh record high while the Nasdaq's own bullish gap fell short of a new historical milestone. The most impressive showing in this group however was earned by the Dow. The 'blue chip' index marked its first fresh peak since January on its most remarkable three-day run in a month. The enthusiasm didn't stop at the borders of the US equity market. European and Asian shares earned substantial gains of their own without the same US milestones. Emerging market contagion fears have clearly faded into the backdrop with the EEM advancing into trendline resistance. The HYG junk bond ETF, the Dow Jones commodity index, US 10-year Treasury yield and Yen crosses (as carry) all pulled higher. Seeing such a wide array of assets climb in tandem is a strong sign that risk appetite is responsible. However, such a cue does not guarantee follow through. What is motivating this advance beyond loose, after-the-fact justification and FOMO (fear of missing out)? It isn't about the break, it's the follow through that stages profit. 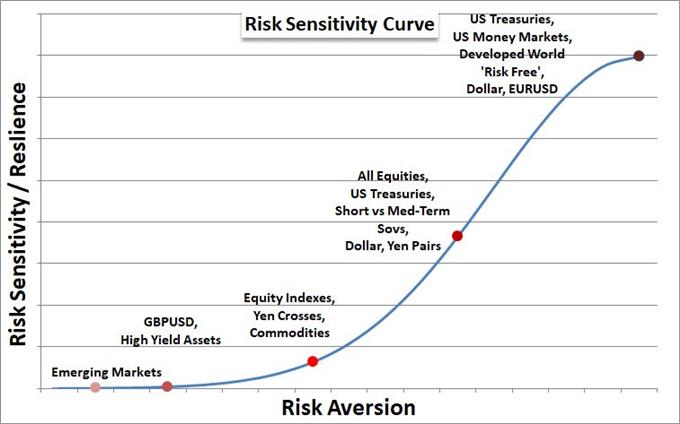 If we were applying the most facile interpretation of fundamental motivations, the Dollar's drop this past session would make sense. We have long labeled this currency a 'safe haven', and that is still a position it occupies today. However, the Greenback is more earnestly a 'haven of last resort' with its sensitivity to investor appetites significantly muted at present. If anything, the benchmark currency would rise alongside risk trends. The Fed is the only major central bank that has raised its interest rate consistently (even if gradually) since before the Great Financial Crisis. Further, the Fed is expected to hike its benchmark rate again as soon as next Wednesday. So if that is written off, where is the pressure behind the USD that could lead it into a sustainable bear trend? Thematically, trade wars were waning and real rates were slowly painting a more favorable picture. On the data side, the disappointment in existing home sales was moderate but the climb in net household wealth furthered the confidence that only comes with a cash buffer. Motivation is likely arising from a collective improvement in critical counterparts, but that is a hit-or-miss driver. In short, I am a medium-term Dollar bear; but I don't presume conviction and run from the market just because it aligns to my own beliefs. 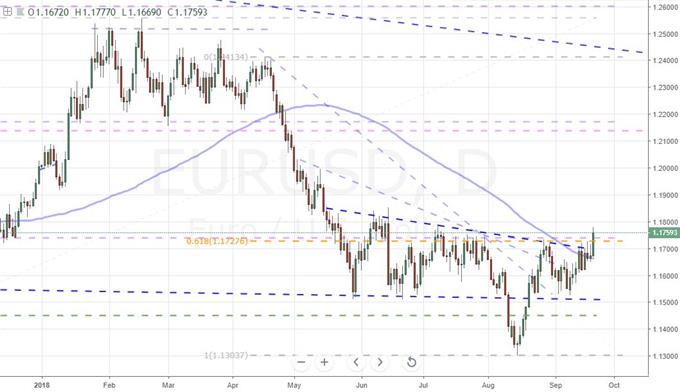 Tapping into bigger picture themes this past session, we dipped into some noteworthy global themes outside of trade wars and Dollar. Some of these updates however were not meaningful enough to register on the market's market-moving list. The Euro for example didn't respond to the Italian Deputy Prime Minister attempting to balance confidence in his country's ability to work with the EU. Nor did it find much concern in the pained Brexit language of the day. As for the British Pound, commitment from Prime Minister May to the Chequers proposal and EU's Donald Tusk saying the plan wouldn't work didn't seem to both the Sterling too much. An equally-weighted GBP index kept the currency on its bullish path - though further progress will start to require serious speculative appetite. A more straightforward fundamental response on the session came from the US-favored WTI crude oil contract. The market dropped following US President Donald Trump's target of the OPEC 'monopoly', calling for the group to deflate the elevated commodity prices. WTI's modest retreat reflects the practicality of the request and the general disconnect from such simplistic evaluations. The European-favorite Brent would hardly budge from its $80 resistance on the headlines. 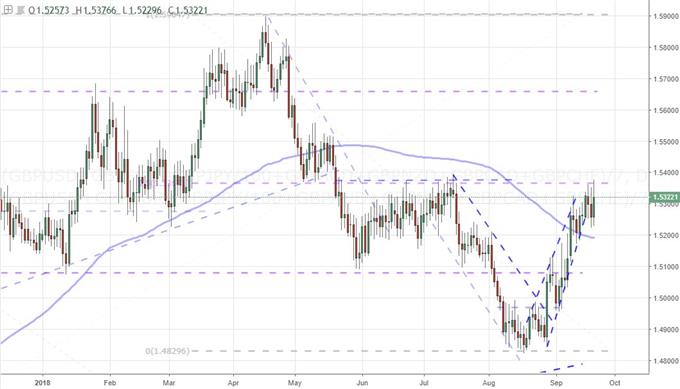 In the final session of the trading week, there is a clear theme in the GDP-proxy data of the monthly PMI statistics. These figures are useful in economic terms but not particularly reliable when it comes to market movement. For scheduled event risk this past session, the New Zealand 2Q GDP figure proved remarkable effective. The Kiwi Dollar charged higher across the board - an unusual performance for a currency that has absolutely floundered for months. With technical cues like that from NZDUSD, the speculative appetite reasonably starts to pick up. However, this currency in particular needs more than a single economic update to afford a bullish trend. As broad as GDP is, it will not absolve the Kiwi of its more systemic issues: risk trends that are uneven, an RBNZ refusing to revive its carry appeal and curbs on foreign investment. The Swiss National Bank (SNB) wishes it could affect such a significant deflation in its currency. The central bank maintained its extreme easing and bemoaned the level of the currency yet again. The effort rendered no material FX effect and the opportunity to trigger a bearish Franc reversal cooled dramatically. We discuss all of this and more in today's Trading Video. 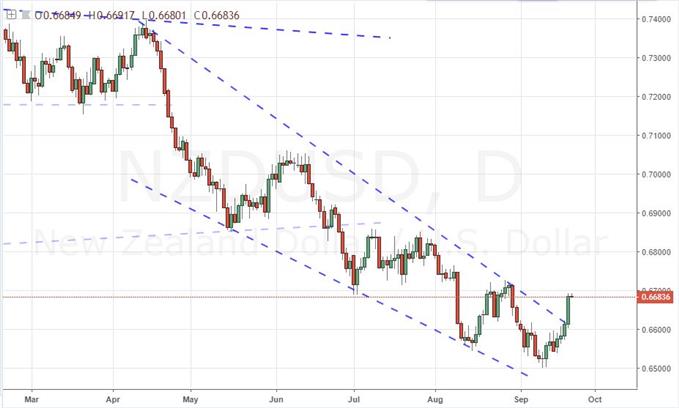