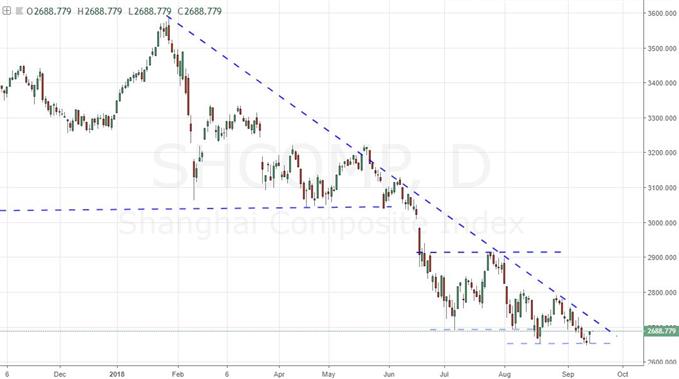 S&P 500 Posts a Gap Not a Breakaway, Euro and Pound After Policy Holds

Sign up for the live webinar coverage of the US consumer confidence report amid trade wars and growing political risk along with other regular trading events on the DailyFX Webinar Calendar page.

The speculative and economic sky was brightening Wednesday evening with the reports that the United States was reaching out to China to restart trade talks. Simply returning to the negotiation table is the bare minimum necessary to affect a turn out of financial and fundamental vortex of the trade war, but the markets were willing to revert to the enthusiasm they have so often squeezed out of complacency these past years. And, of course, with headlines of thawing, it was inevitable that speculation would be applied to evaluate the motivation for the Trump administration to make a u-turn on its otherwise distinct course of steady escalation of pressure. Some of that assessment led the President to refute that the US was being pressured to compromise. Likely looking to retain the perspective of the power in the negotiations, Trump said in a tweet that the opposite was true: that China was experiencing the tension. He went on to say the US markets were climbing and China's were 'collapsing'. Such language is not unusual for the US President, but it is very unusual for global leaders. Claiming that another country's markets are cratering is inciting potential global economic and financial panic. The market will likely discount the tone of his remarks, but eventually a crack will form someone in a major financial pillar. And, when that happens, conditions are dangerously staged to support contagion. It's never wise to set fires in a closed loop.

Despite the US President's offhanded remarks about financial risk in another corner of the world, risk trends were still generally pointing higher this past session. That said, there wasn't a particular robust foundation for this view that should give us comfort in projecting a sustainable trend. For one, there was no systemic improvement in the fundamental backdrop that could tap a well of underexposed speculative funds. The US and China talking with a $200 billion tariff upgrade paused or emerging market contagion temporarily off the top headlines is not a material improvement in the forecast. It is the (temporary) absence of even more fundamental trouble. Nevertheless, some of the most high-profile speculative benchmarks of late enjoyed an impressive performance. US equity indices earned the most favorable performance. The speculative-favorite S&P 500 and Nasdaq gapped higher as did the blue-chip Dow. Follow through would still be a tall task, but there was no denying the performance Thursday. Another prominent performance was put up by the EEM emerging market ETF. A measure for one of the worst performing asset classes, the benchmark forged another strong rally this past session to move back above the mark that signifies the '20 percent off highs' level. That is very little conciliation to actual performance. Heading into these final hours of the trading week, it is important to thoroughly evaluate conviction in any risky exposure held over the weekend. A lot can happen in two days - particularly bad news. 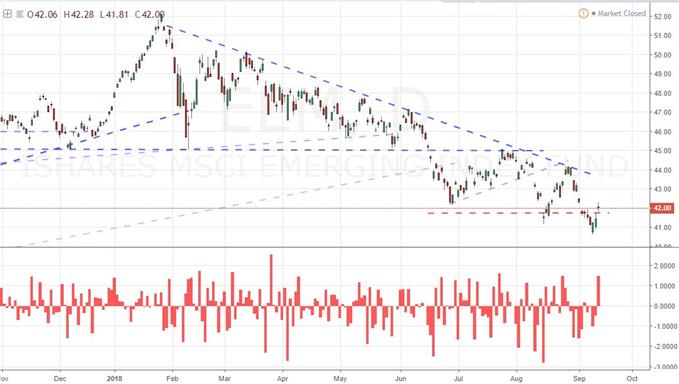 This past session held two key central bank rate decisions. Both ultimately produced the same general outcome and forecast, but the implications for the respective currencies is materially different. For the Bank of England (BoE), a hold was heavily priced in owing to the fact the group raised rates recently. Moving again would signal haste and likely charge investors and businesses to project a bearing on monetary policy that would stoke something of a panic response. Despite the hold, the MPC maintained language suggesting further rate hikes are on the menu through the future, just further out. The BoE is already considered a hawkish leaning central bank (the scale generally skews dovish), but monetary policy has to compete against a far more loaded fundamental theme: Brexit. The central bank made clear reference to its concerns over the negotiations for the UK's divorce from the EU and Governor Carney warned a 'no deal' outcome could have an impact similar to the Great Financial Crisis of 2008. That does not pair well with UK government rhetoric this past session that reiterates obstinacy in their negotiation stance. From the European Central Bank (ECB) decision, a hold was a telegraphed outcome. However, the group did not materially downgrade to a dovish bearing. The central bank announced a halving of QE purchases starting next month and a halt at year's end. It also kept an Autumn time frame for a first hike in the air. That isn't materially different than the BoE, but the Euro doesn't have an imminent fundamental amplifier - and it has a clear 2017 template on how even distant hawkish views can influence the currency. 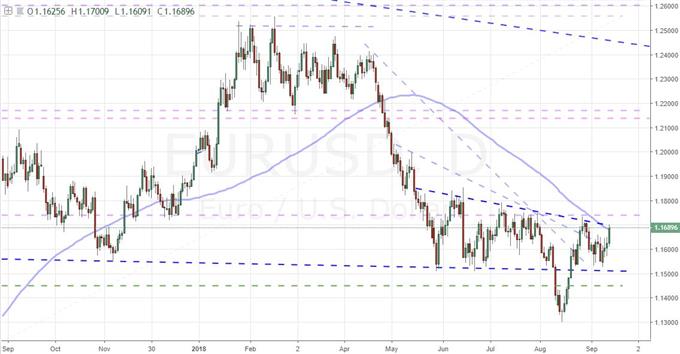 With the Yen diving through a risk appetite bid that charged carry appetites temporarily while the Euro and Pound were higher on the day, there was naturally one counterpart acting the part offset: the US Dollar. The Greenback this past session had its own fundamental cues, but they did not raise the streaks for bulls or bears materially. Most remarkable was the consumer inflation indicator (CPI) but the modest easing won't trip up the Fed's expected September rate hike. Ahead, we have the University of Michigan consumer sentiment survey, import inflation and retail sales. I will watch the confidence report for possible impact should is register an extreme move, but much of my expectation is connected to more motivated counterparts. That in turn should keep us watching EURUSD very closely. Another secondary mover is the Australian Dollar. The currency bounced from exceptional lows this past session owing to eased Chinese pressures and a better-than-expected employment report. Follow through however is unlikely as long as China suffers under trade wars and the RBA is sidelined on tightening. For oil, fundamentals matter very little as the Hurricane Florence will impact the commodity as much as OPEC or GDP has. That said, both the US WTI and UK Brent posted remarkable range reversals this past session. We discuss all of this and more in today's Trading Video. 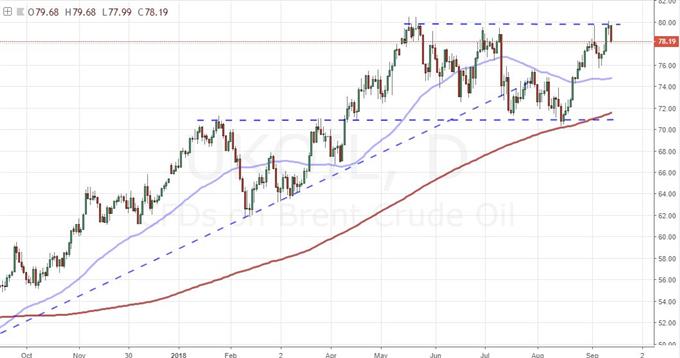