The Trade War Tab Continues to Balloon, But Don't Forget Other Key Themes

As if discouraging market participants from being too relaxed into the close of the week, US President Donald Trump decided to raise the economic and financial stakes of the global trade war in the twilight hours of trade Friday. The architect of the remarkable rise in protectionist trade policy raised the stakes even further. At the many front of this economic confrontation, the President made mention of the $200 billion increase that his administration is considering following the close of the public feedback period. An escalation of this magnitude alone is extraordinary and it would push China to move beyond the like-for-like tax response if it were to keep to direct retaliations (as it would surpass its total import bill for US goods). Yet, perhaps noticing the market was already acclimating to the threat or seeing the PBoC had managed to stabilize the USDCNH, Trump further announced that they were considering another $267 billion in tariffs beyond the $200 billion already in limbo. That would exceed the total imports of Chinese goods for 2017. The market has no doubt learned not to doubt the US government's resolve to pursue these painful initiatives, but genuine risk aversion has not yet kicked in. With a repeat - and thinly veiled - warning to Japan in their trade dealings, it is clear that this remains a crucial global growth and sentiment theme. Yet, while the scale of trade wars demands our attention, it doesn't diminish the importance of other possible systemic threats like an emerging market contagion, monetary policy-triggered rebalance or political risk wave of fear. 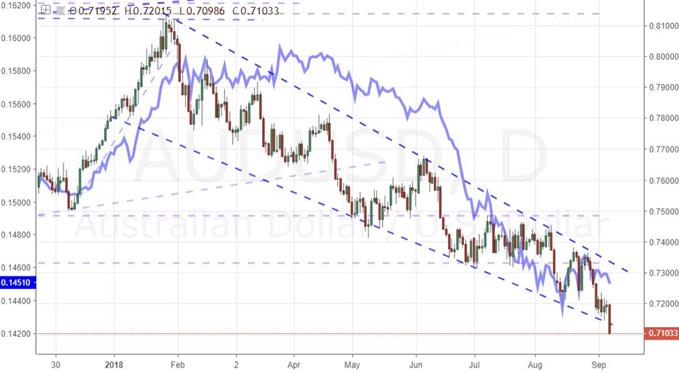 Despite the number and scale of systemic risks global investors face, we have not seen the markets commit to a systemic deleveraging of speculative exposure. There certainly have been bouts of indigestion for various at-risk asset classes, but nothing approaching a market-wide re-balancing. A material disparity in performance of key risk assets has arisen over previous weeks and months which is itself indicative of a lack in clarity for speculative appetite - bullish or bearish. Over the past 12 months, the emerging markets have proven the most troubled of the major asset classes that I follow on a regular basis. The contagion risks arise from the confluence of pain from trade wars (including sanctions), monetary policy normalization and recognition of a growth/return imbalance. This can readily be a template for even the most mainstream assets, but likely only when the recognition and intensity of risk aversion build. A key measure of sentiment in this situation is the performance of the holdouts. That would be the US indices. The remarkable divergence between US indices like the S&P 500 and Nasdaq from European (DAX, CAC, FTSE100) and Asian (Nikkei 225, ASX200) is unmistakable tension. And, if these particular (long-standing) hold outs cave to the pressure, it would be a strong indication that the pendulum is swinging in the opposite direction. The question now is what level tolerance can these markets bear of trade wars, emerging market threats and other systemic issues? 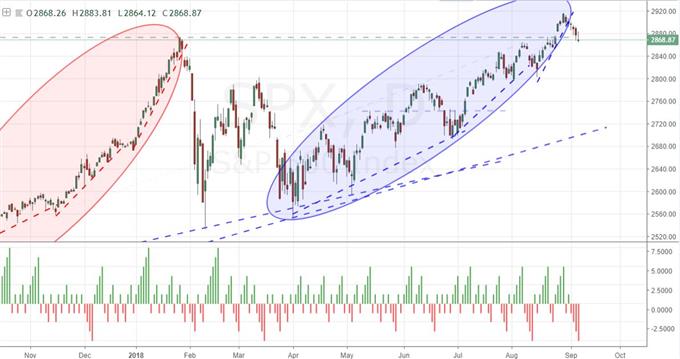 Though the Dollar was given a jolt to end this past week, the late in-the-week rally didn't change technical structure or commitment of the Greenback's congestion. The DXY Dollar Index continues to carve out what looks like a right shoulder on a broad head-and-shoulders pattern. Friday's move does little to bring an early close to the reversal pattern. This past week's employment data does little to change the general course and conviction behind the currency. The August payrolls (NFPs) beat expectations modestly at 201,000 jobs added while the jobless rate held steady at 3.9 percent. The most notable figure from the run of employment data was the nine-year high in wage growth at 2.9 percent. Fed rate forecasting certainly benefited from the data, but the United States’ favorable monetary policy settings afforded the Greenback its premium some time ago. Over the coming week, there are a few high profile fundamental listings on the docket including the University of Michigan consumer sentiment survey, the NFIB business sentiment reading and CPI consumer inflation report. Yet, these figures don't tap into the fundamental concerns that matter most to the Greenback. Yet, in this environment where the backdrop to the benchmark currency is confused, the second most liquid currency in the FX world can take charge. That said, an equally-weighted measure of the Euro has charged higher over the past three weeks. The move has sourced little genuine fundamental motivation beyond a collective a benefit at the wane from key counterparts. This places the Euro - and by proxy EURUSD - in a speculatively leveraged position. And, just in case the correction isn't self-triggered, there is key event risk in Thursday's ECB rate decision. The probability of a hike by mid-2019 has dropped to approximately 20 percent from over 80 percent a few months ago. 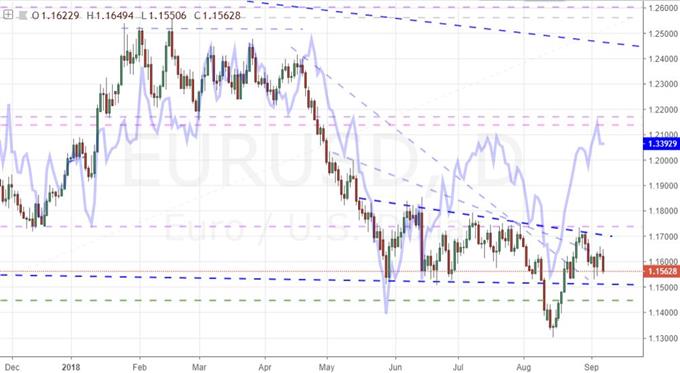 In contrast to the listless backdrop to the two most liquid currencies in the world, there is an undisputable clarity for a few heavily skewed major currencies. For the British Pound, the tumble these past four months was deep and thorough. Through a host of oscillations over the past few weeks, we have seen with little dispute a responsiveness to Brexit bearings. Yet, each time the light shines through the clouds of a crash out 'no deal', it seems officials fall back on warnings that the worst may come to pass as a form of pressure on the other side of the negotiation table. The Sterling remains a clear loser in the back and forth. Ahead, the Pound will weigh how easily it is distracted from the Brexit course with event risk ranging from monthly GDP to the trade balance to the monthly employment statistics. Top billing is the BoE rate decision that has seen growing skepticism over the group's intention to follow up on its most recent hike anytime soon. Ultimately, if there is a Brexit breakthrough, that is the quickest way to spur a Cable or other Pound cross rally. Meanwhile, the Canadian Dollar is similarly one-track minded. There are a range of notable economic releases on tap, but the primary interest for the currency is whether a NAFTA deal is reached or not. Constant meetings between US and Canadian trade representatives this past ended with no acceptable agreements for both sides. Yet, should a compromise be announced over the coming days, the Loonie is still sporting a significant discount that can prompt a meaningful recovery. Another outlet for recovery that depends less on a clear fundamental motivation exists for gold. The most capable prompt for a legitimate bullish trend reversal for the metal would be a financial crisis, but that is a full-tilt market development. Nevertheless, the net speculative positioning in gold futures has sunk to its heaviest net short position in 17 years. We discuss all of this and more for trading next week in this weekend Trading Video. 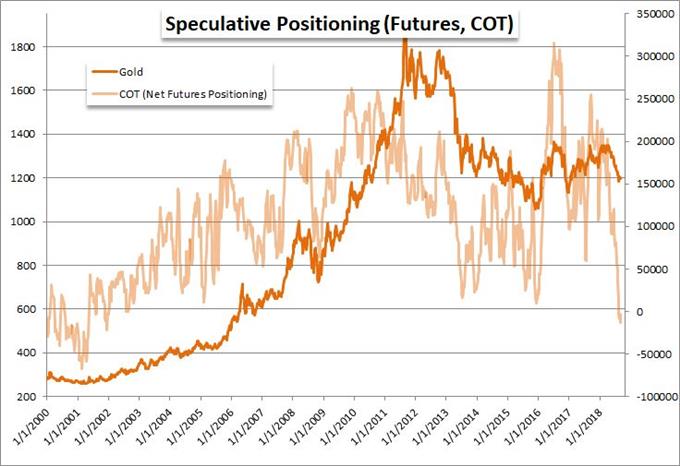