When the tide rolls out, the debris on the shore is exposed. The same is true for financial markets - but in reverse. Low liquidity like what we have seen during the Summer Doldrums these past few months can encourage complacency as thinned markets can curb the momentum in risk aversion that eventually turns self-sustaining. Yet, as market depth increases, there is enough market to transmit fear and to build the tide into panic. We are currently transitioning from a period of seasonal quiet into one that is historically considered one of the most active of the calendar year. As we have discussed regularly this past week, August is the most reserved months of the year when we consider the average volume behind the benchmark risk metric S&P 500. And yet, September has averaged out one of the highest levels of volatility (VIX) of the calendar year and is the only month to average losses for the S&P 500 going back to 1980. Of course, it is important to qualify that these are only averages and there has been a familiar state of structural restraint in risk trends and volumes through previous years. However, the laundry list of recognizable systemic risks currently trolling the markets and the jolt of extraordinary volatility back in February will act as a powerful weight to restore market activity - and likely first with a necessary de-risking after years of excess. 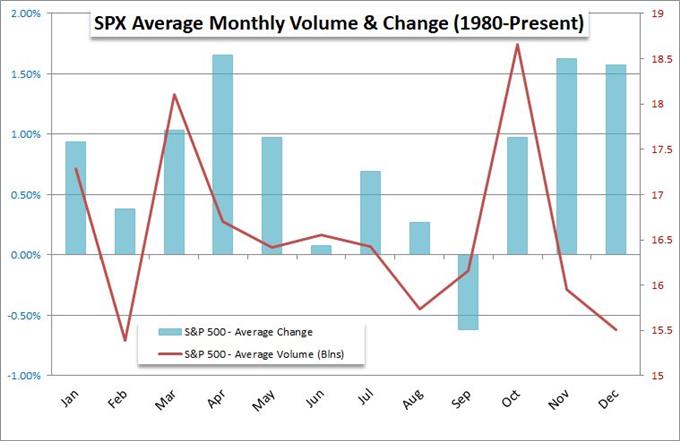 As liquidity starts to return following the summer lull - and further after Monday's US market holiday - there will be plenty of well-established fundamental themes that can individual retake the reigns of the wider financially system's bearings and pace. Trade wars seemed to be on the path of improving this past week, but it seems the Trump administration has snuffed out that confidence before liquidity fully drained Friday. The progress in NAFTA trade talks between the US and Mexico led to further enthusiasm that Canada would join in and secure a trilateral replacement. However, Canada's chief negotiator announced an agreement had not been met by the Friday deadline, but they did say the conversation would be picked back up next week. The relationship between the US and EU was left in even more strained condition this past week. Where EU Trade Minister Malmstrom's remarks that the Union would consider cutting all tariffs on imported US autos if the United States reciprocated. That seemed to meet the President's demands, but Trump instead said in an interview that it was 'not enough'. As for the trade war between the US and China specifically, there was never cautious optimism this past week. There was, on the other hand, speculation that the further proposed $200 billion tariff on further Chinese goods could go into effect as soon as next week. Another theme that is perhaps less pervasive but far more acute in its pressure is the threat of an emerging market crisis. From the US-sanction hit countries (Iran, Turkey, Russia), we have seen the financial pain spread to large economies in the group type like India and Brazil while already-struggling economies like that of Argentina have seen outright crisis conditions. While these aforementioned two themes are certainly influence enough to capsize markets, don't forget about the slow erosion of dubiously held confidence in extreme monetary policy. 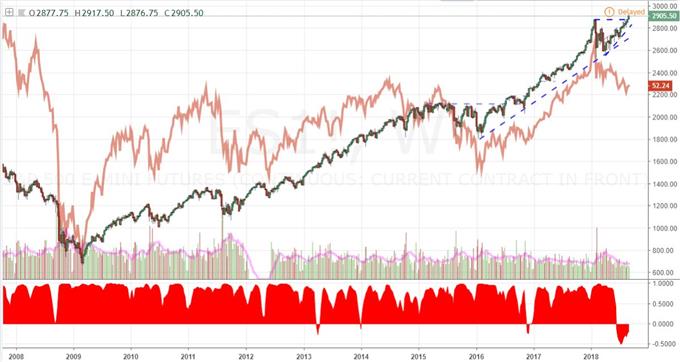 A return of liquidity for the capital markets will have a material impact on the key players in the FX world as well. The Dollar this past month has generated considerable frustration for those tracking its progress for trades or signal for the financial backdrop. On August 10, the DXY Index earned what looked like a critical bullish break above 96 which could have triggered the snowballing momentum of an inverse head-and-shoulders 'neckline' break to cover the second half of 2017's significant losses. Instead, the Greenback quickly lost its lift even though its fundamental catalyst (emerging market concerns) remained. The subsequent reversal from the Dollar earned its own bearish break and could have triggered momentum from the slingshot in failed conviction. When market participants recognize a low-barrier technical run has fallen apart, it is natural for the rank to look for a fundamental reason 'why'. If we were evaluating the risk column for the Greenback, there is no shortage of tangible concerns. The blowback from driving a global currency war, the disproportionate impact of a downshift in Fed monetary policy pace and the heavy focus on a flattening yield curve as a recession threat are all readily accessible. If the market is once again willing to run with a trend, all the ingredients are in place for a drive. 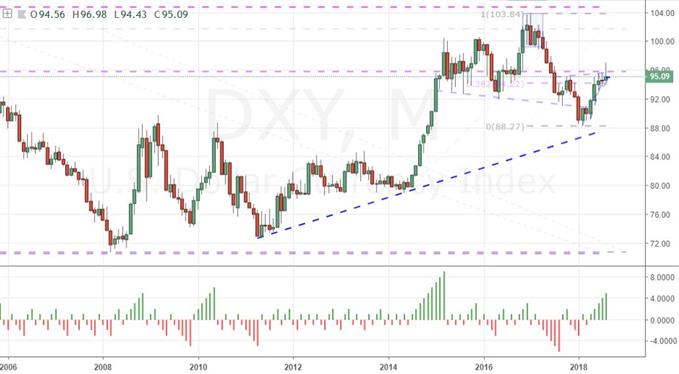 The Dollar isn't the only major that is holds remarkable potential for volatility and trend should liquidity be added to the mix. One of the most active - and underappreciated given its degree of progress - major currency is the Australian Dollar. The currency dove this past week, especially on an equally-weighted basis. Beyond the loose trade war connections, this collapse to new multi-year lows seems to be running ahead of domestic fundamentals and the restraint in so many other asset classes (including carry). The economic docket ahead will put the AUD back in control of its own volatility. On tap are the trade balance, 2Q GDP and RBA rate decision among other high profile releases. Another clearly motivated benchmark currency is the British Pound. This past week, EU Chief Brexit negotiator Barnier raised hopes that the Union was looking to work with the UK to avoid a 'no deal' outcome that would hurt everyone. The lack of momentum in optimism this past session when Barnier and his UK counterpart Raab met was disappointing, but didn't throw off the Sterling recovery potential. With housing data, PMIs and BoE officials scheduled to speak ahead; there will be plenty to complicate the Brexit picture but not enough to draw our attention from it for long. Another currency worthy of our close attention ahead is the Euro. Recently, it has played the foil of the US Dollar, but the 11 consecutive trading day advance through this past Wednesday nevertheless builds up speculative excess. With Italy posing a greater and greater threat to the EU and Eurozone (likely even more so next week when its 10-year bond yields respond to the rating agency’s outlook downgrade), there is more to be concerned over for this currency than is currently priced in. We look across the market and evaluate the systemic liquidity shift ahead in this weekend Trading Video. 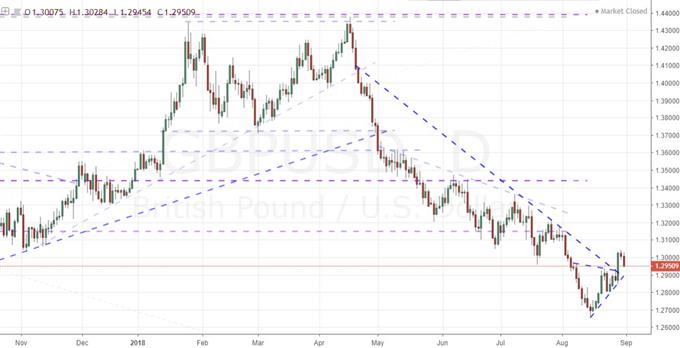