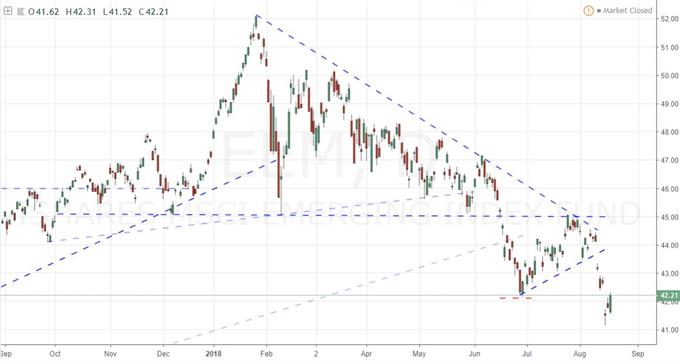 After So Many Speculative Charges, No Clear Risk Trend

We weren't lacking for speculative catalysts this week even though the official economic docket was notably thin. Ultimately, the tumble in emerging markets that was acutely exacerbated by the US-Turkey economic standoff proved the most worrisome threat to global market stability. Through the close of this past week, the two countries did not find any room for compromise. Turkey's courts had determined Friday that the country would not release US pastor Andrew Brunson who is at the center of the diplomatic tensions, which made it likely that the additional sanctions the US Treasury had said was ready Thursday would soon be implemented. Whether or not this escalation would send global markets scrambling again when liquidity returned Monday remains to be seen. The scope of this particular conflict to spread throughout the financial system is dependent on the market's fear of contagion. Global sentiment could certainly collapse under fears of an emerging market crisis - as much due to precarious underlying conditions such as the normalization of accommodative monetary policy - but seasonal liquidity remains a headwind for such a systemic shift. That said, we should remember that these aren't the only global threats on hand. The US-Turkey penalties aren't even the only sanctions being employed

Sanctions are an evolution of the more heavily used trade wars of the past months. Just recently, the Trump Administration has announced the sanctions on Turkey, Russia and Iran. And, in each case, the world has been surprised by the decision and reasoning. With Turkey, the pressure is over a single American being held by the Turkish courts. With Russia, the use of nerve agent in an attempt to assassinate a former spy was the stated reasoning. In the decision to return sanctions that were eased for a multi-nation nuclear accord, it was stated that the original deal was not favorable enough to the US. There are a number of alternative justifications that could have been used to pursue this more aggressive political stance with the United States counterparts, which makes the situation unusual. With the added peculiarity of the close timing of these moves, it registers more as a risk that a preference for a new strategy to exert pressure on global peers is being tested out. Yet, through this new front, we should remember that trade wars are still the first and most economically-threatening of the new programs being employed thus far. On that front, the sanctions' indirect impact on the Eurozone's economy (via the region's exposure to Iran and Turkey) is a concern that could readily escalate. Yet, for the time being, the United States' and China's rapidly growing tab for import taxes is an economic burden that can put a serious dent in global growth. The US is due to enact the remaining $16 billion in duties against China to round out its initial $50 billion program on Thursday - and China will meet it like-for-like. Yet, there is some optimism that conditions may turn for the better as it was reported that US and Chinese officials will meet Thursday and Friday to revive stalled trade discussions that are expected to lay the path for Presidents Trump and Xi when they meeting November. 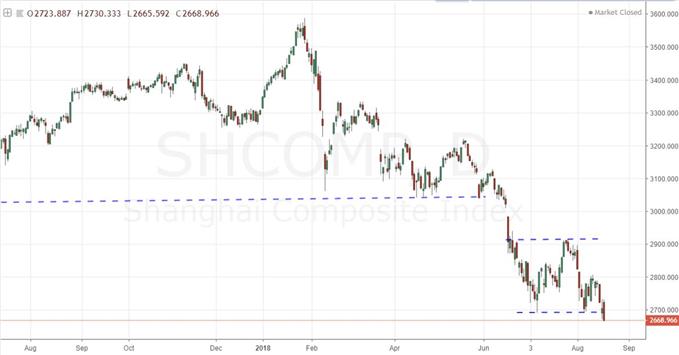 The Dollar and the 10-Year Treasury Yield

As risk trends struggle to find their course amid trade wars and sanctions, the Dollar is itself trying to find its fundamental patron from which to supply direction. The rebound in speculative appetite for equities through much of this past week did notably little to hold the Greenback up. The DXY Index tipped into a bearish retreat through Friday - though there is heavy technical support in place in the form of the former 'neckline of the more-than year-long inverse head-and-shoulders pattern that gave way back on August 10. There will be a number of speculative considerations competing for the Dollar's attention ahead. In addition to the repercussions of driving so many sanctions and tariffs, the annual Jackson Hole Symposium that the Kansas City Fed hosts begins Thursday evening. The official theme of this year's meeting is “Changing Market Structure and Implications for Monetary Policy" but there is little doubt we will stray into the health of financial markets and the potential fallout of trade wars. Given the Fed's status as the forefront of the normalization effort, this will serve as an important event for the Dollar on multiple levels. It will also serve as a particularly incisive event for US Treasuries. The 10-year Treasury Yield is currently resting on the 'neckline' of its own H&S pattern. Further, the Friday COT report showed speculative futures traders have dramatically increased their record net short Treasury position (long yields) while broad Dollar positioning has stretched to an 18-month high. Depending on the fundamental weather, the correlations between the currency, Treasury yields and S&P 500 can change. These relationships are clearly in flux now. Keep an eye on both the speculative wind up and these evolving connections. 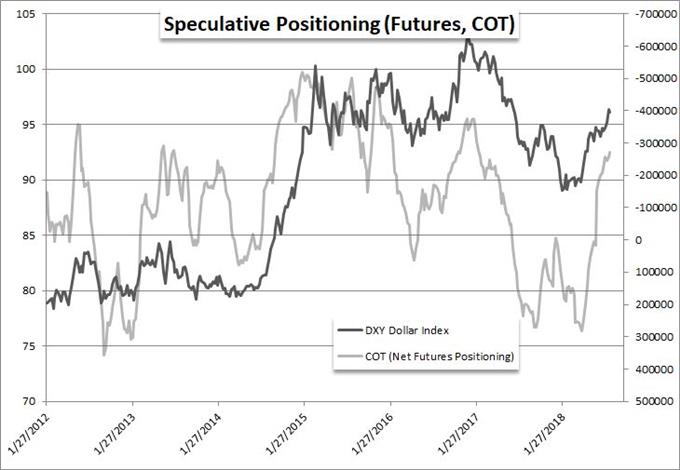 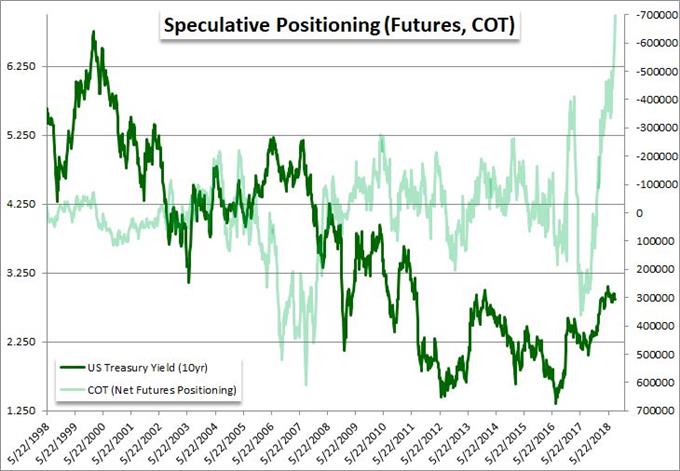 Looking for fundamental cues outside of these broadest themes may prove difficult over the coming week. The Euro may once again register Italy as an existential threat to the Monetary Union as the country's government vows to fight EU austerity. Already, we are seeing the FTSEMIB equity bourse dive unconstrained by other indices buoyancy while the 10-year Italian government bond yield ended at a 4-year high. A more frequent fundamental wave that may have lulled the market into an undeserved complacency is the Brexit. There were few remarks to come out of this past week's UK-EU technical discussions. In this case, no news is likely bad news. Then there are the speculative stories. From US oil, the technical progress made when the commodity broke the floor of its 9-month rising trend channel support fostered little charge for reversal the technicals would imply. Nevertheless, speculative interest behind this commodity continues to deflate from its record high set a few months ago. Meanwhile, the free fall in gold these past four months found a flimsy bounce through the final session of the week to excite only the most irrepressible of bulls. It is worth mentioning though that speculative futures traders flipped to their first net negative position on the metal since 2002 this past week. Is that enough contrarian pressure to jump start a more fundamentally-inclined reversal? Time will tell. We discuss all of this and more in today's Trading Video. 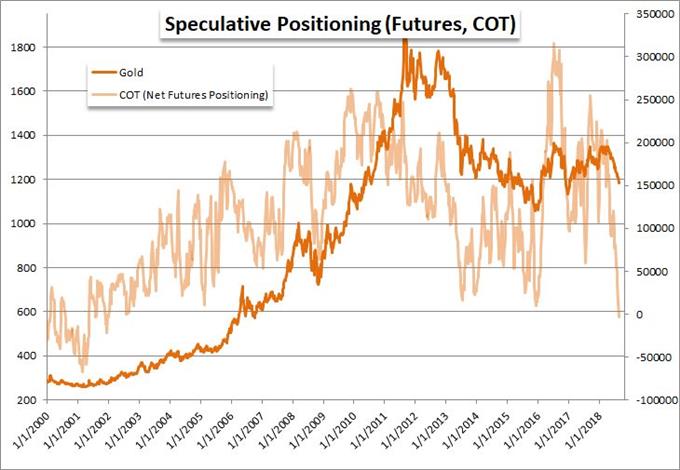