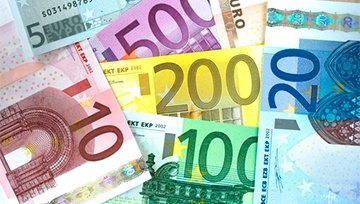 EURUSD Clears Another Floor, Dow Tries to Steer Out of Risk Aversion

See how retail traders are positioning in EUR/USD, GBP/USD, the Dow and other major assets intraday using the DailyFX speculative positioning data on the sentiment page.

Sentiment has spent much of the past two weeks checking back and forth in a range that confounds investors that either want reassurance on their buy-and-hold style exposure or those that are awaiting their opportunity to ride the systemic deleveraging that is likely to follow the years of questionable speculative inflow that has expressly chased yield at the expense of the typical risk-reward evaluation. Through Wednesday, it seemed like speculative trends would get back to work with a broad swoon in risk-oriented markets. Equities offered a clear reflection of the slip and they would also provide a clear comparison of how intense the pressure as the day wore on. A broad retreat from Asian indices was led by Japan's Nikkei 225 which cleared support on a multi-month rising wedge. The intensity was kicked up a notch in Europe with the DAX and FTSE 100 suffering the biggest single-day loss in a few months - though the retreat was commensurate to the pace-setting rallies that preceded it. The US markets opened to the expected gap lower, but a lack of follow through as liquidity filled in suggested the fire wasn't spreading. And, by the close of the New York exchanges, benchmarks like the S&P 500 and Dow were green while the FAANG leaders won a new record high. Will this enthusiasm spread more productively across the globe than the risk aversion that preceded it? Watch sentiment develop with Asia trade. 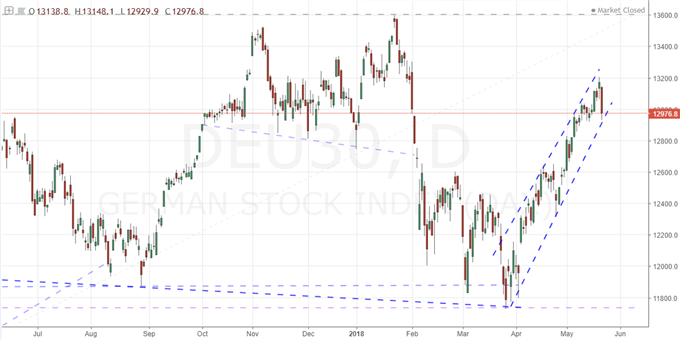 Another productive move that doesn't exactly offer clear intent was the Greenback's climb through Wednesday. The trade-weighted DXY Dollar Index posted a more substantive advance relative to its struggle these past few trading days, but it still faces imminent resistance that could cause problems if there isn't a more tangible fundamental charge to keep the currency coasting higher. That said, the Dollar did earn more significant technical progress among its crosses - where far more liquidity is actually funneled in practical trades than the futures-based index. EURUSD managed to slide through 1.1725 which is the relative confluence of two major Fibonacci levels (the 38.2% of the 2014-2017 bear trend and 2017-2018 bull) as well as a frequented level in the latter half of 2017. From the Cable, a slide through a dense technical support over the past few days was made definitive by the Wednesday close. Trade wars and political stability offered little foundation for this move while the May PMIs and FOMC minutes represent dubious backing for a true bull trend as well. It is telling that USD/JPY reversed lower on the day, suggesting risk aversion was more influential than the Dollar's advance. As much technical traction as this move earns, it is important to weigh conviction for any trend assumptions. 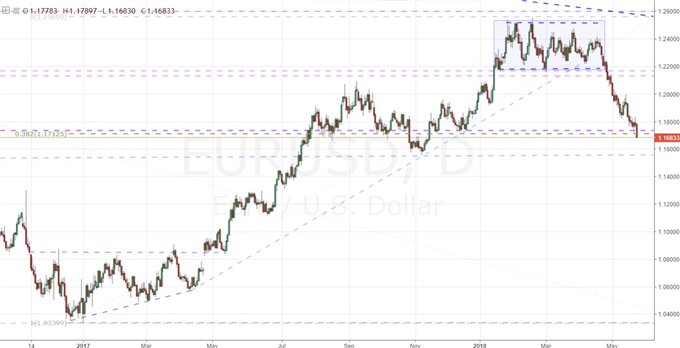 Progress for the Euro and Pound

Through recent years, we have seen periods where the collective weakness or strength for the Dollar's most liquid counterparts leveraged a strong move from the Greenback itself. This may have been a contributing factor to its performance Wednesday. The Pound was tripped up the past session by the release of the April inflation statistics. While there were a range of price indicators on tap, it was the consumer measure (CPI) which traders quickly jumped on following the dovish pressure that has gained through Yesterday's Governor Carney testimony. While the figure only ticked lower - it fell short of expectations and offers a clear out for the authority to keep its Brexit-colored dovish restraint. Other pairs to take note of with this further progress include GBP/JPY, GBP/CHF and GBP/AUD. Meanwhile, the Euro is finally showing tangible progress in its slide. On an equally-weighted basis, the Euro has been in retreat for some weeks, but it has never come with the kind of pace that would insinuate it could hit a pace that is self-sustaining. Whether the unfolding Italian political situation and disappointing PMIs from yesterday have set this move to auto-pilot remains to be seen. Nevertheless, the Euro retreat has earned serious progress for the likes of EUR/USD and EUR/CHF.

In the risk spectrum, there are assets that can swing from haven to high yield depending on the environment. Yet, there are also those markets that will almost always hold a specific extreme. Emerging market assets are one such permanent fixture. Capital flows into these high return areas when global GDP is robust and the appetite for yield is strong - or at the very least complacency curbs fear of volatility and supplies enough ill-earned confidence to feed a speculative reach. From the EEM emerging market ETF, we haven't registered any critical breakdowns beyond what we have seen through the volatility and progress of the key global equity indices. However, we have seen some particularly troubling developments in particular EM countries and broadly in the categories' currencies. The top story this past session for sheer market movement was the incredible reversal from the Turkish lira. The USD/TRY exchange rate has accelerated into an incredible climb to consistent record highs up until the Turkish central bank announced this past session after an emergency meeting that it was hiking one of the key rates by 300 basis points. Will it last? Can such a targeted move stave off what could be a global shift? We discuss all of this and more in today's Trading Video. 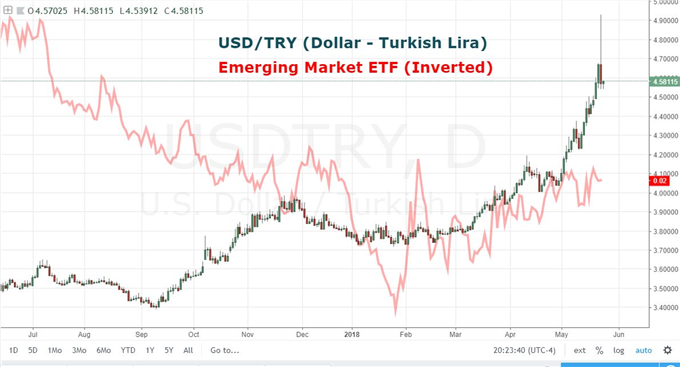